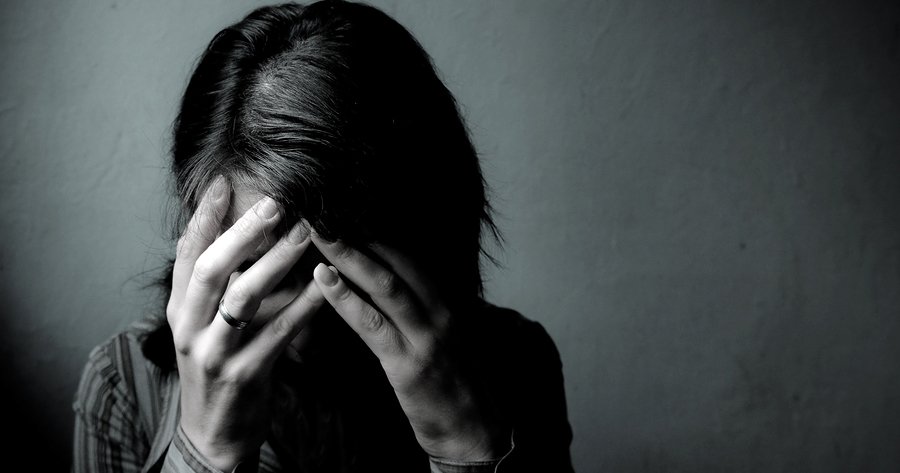 Stress is your body’s response to all of the demands made upon it. Your body responds to all stresses, both positive and negative, by trying to get back to normal.

If a stressful situation goes on for too long without any relief, you may feel tired, irritable, depressed, or anxious. You may have trouble sleeping or eating, or you might experience diseases and disorders, such as: headaches, insomnia, high blood pressure, heart problems, kidney diseases, colds, ulcers, asthma, heart attack, and/or stroke.

Eventually, your body’s energy reserves are exhausted; it breaks down. Recent research has confirmed the role of stress in cardiovascular disease, cancer, gastrointestinal, skin, neurologic and emotional disorders, and a host of disorders linked to immune system disturbances and autoimmune diseases, ranging from the common cold and herpes, to arthritis, cancer, and AIDS.

Depression works on your body in different ways than stress, but the results are the same.

The bottom line, as Dr. John Christopher used to say, is that “Most people need an enema between the ears.”

Prozac
The major pharmaceutical companies, as usual, have developed a set of drugs called selective serotonin reuptake inhibitors (SSRIs) to “manage the symptoms” associated with stress and depression. You might know them as Cymbalta, Prozac, Zoloft, Paxil, Luvox, Celexa, Effexor, Wellbutrin, and Serzone.

Thanks to millions and millions of dollars in promotion, some misguided books that jumped on the bandwagon, and our own marvelous tendency to believe in magic bullets, we have become a “Prozac Nation.”

But not without cost.

Why do we get depressed in the first place?

Depression is the body’s way of forcing us to recognize that something is wrong. For a simplified explanation, if you set your hand on a hot burner, it burns the skin and sends painful signals to the brain, reminding us to remove our hand. Similarly, when we suffer a deeply emotional trauma or situation, the brain tells us to fix the problem and sends your brain “alerts” through a series of emotion reactions, one being depression. If the alerts continue, one can fall deeper into a depressed state until action is taken to prevent further emotional trauma.

It seems, however, that today’s psychiatric community is too “impatient” to encourage us to go through this process naturally. According to health experts, they now define “major depression” as someone having “the blues” for more than two weeks. Right!! If anyone has had a death in the family, a major illness, a mid-sized financial set-back, or an emotional break-up — which includes the entire population — then according to health experts, all of us should be on antidepressant drugs at some point in our lives. (Geez, that should be good for sales.) The bottom line is that getting over a major life-altering situation in just two weeks is the exception rather than the rule.

Hey, if any of you are on antidepressants, or were at some time, it’s not hard to understand why. Doctors and the mass media scare us with their statements such as “depression is associated with abnormal functioning of the brain.” We are then bombarded with all the details about the deficient neurotransmitters in the brain and our dysfunctional synaptic cleft. Ahh! “Sounds like brain damage. Sure, give me some pills…quickly!” Wait a minute. They forgot to explain that we still have no conclusive evidence as to why people have the chemical imbalances in the first place. Did our brain just suddenly change or were there outside circumstances that caused it? Did our thoughts, reactions, and emotions cause the imbalance? Were nutritional factors involved? Did we suddenly experience a major hormonal change such as PMS or Post Partum Depression? If so, nine times out of ten there are other remedies available besides drugs — remedies that do not share the devastating side effects associated with those drugs.

Instead of automatically popping a pill when we are sad, perhaps we should find ways to correct the underlying problem in our bodies so it can heal itself. It may take a true leap of faith, especially when the mind wants to focus on the negative, but the success after the fight of making ourselves content might be worth it. As some say, being happy is a choice! The more you work at it, the better you get.

Let me state clearly that this does not mean we should look at any problem as insignificant or that ignoring a feeling of sadness, confusion, exhaustion, or lack of interest in daily activities is going to make the feelings go away. Actually, ignoring depression could simply exacerbate the problem. An emotional injury is like a physical injury: it takes time and attention to heal. But there are alternatives to pharmaceutical drugs–more natural remedies to help our bodies heal. These include dietary modifications, daily exercise, supportive treatment with vitamins and minerals, and selective supplementation. And make no mistake, natural does not necessarily mean weaker. Studies have shown that exercise can actually beat drugs when it comes to dealing with depression, anxiety, and a variety of other mood disorders.

Vitamin and Mineral Therapy For Depression

Supplementing with amino acids is also a way to help relieve depression. These include:

For the vast majority of people bothered by stress or depression, a well designed herbal formula made from high quality herbs can prove remarkably effective. Look for an herbal formula that contains herbs such as:

And let’s not forget about hormones.

This is particularly important since women experience clinical depression twice as often as men. Over the years I have been recommending progesterone crème to women, it has picked up the nickname from many of them: “The Happy Crème.” Any time progesterone levels drop such as during the monthly cycle, immediately after giving birth, or all the time if you are in a state of estrogen dominance, depression is a likely result. Using a good progesterone crème can provide an almost instant turnaround in attitude.

And while we’re on the subject, let’s talk about post partum depression. It’s real. During the weeks leading up to birth, progesterone levels have soared to levels 10-20 times normal. No wonder women seem to glow during pregnancy. But immediately after birth, progesterone levels plunge to almost zero. No wonder so many women experience extreme, even psychotic levels of depression. Simple supplementation with progesterone crème will resolve the depression over 90% of the time. In fact, any doctor who recommends antidepressants for post partum depression without trying progesterone crème first, should be named as an unindicted co-conspirator since they truly share the blame for any psychotic incidents that may result.

A growing body of evidence suggests that testosterone levels drop as much as 40% in men between their early 40s and early 70s. And for 10 to 15 percent of all men, those levels will dip below normal even as early as their 30s if there is stress, depression, personal life changes or medications. This in turn causes a decrease, not only in sexual desire and performance, but also in the competitive drive to succeed and accomplish in life — which is frequently experienced as depression. In women, excessive estrogen in the body causes a reduction in testosterone levels, which leads to a similar decline in sexual desire and performance and a similar reduction in “life drive.” Again, frequently experienced as depression.

In conclusion, depression can be common, but should not be taken lightly. A good, healthy program of daily exercise (which stimulates endorphins), low sugar foods, replacing depleted vitamins and minerals, and proper supplementation can go a long way to helping us feel better. And, it is not a bad idea to tell friends and family who have kids on antidepressants that exercise, simple dietary changes, and supplementation may be all that’s needed. Lastly, the mind is a powerful tool, and for those who are going through hard times, and if you haven’t already done so, you might want to read Chapter 15 of Lessons from the Miracle Doctors (you can download a free copy at www.jonbarron.org/detox/book-free-lessons-miracle-doctors) to see how you can reprogram the mind so that it more positively affects your body. And no matter what happens, remember: bad times eventually pass!

And yes, if nothing else helps, pharmaceutical antidepressants are certainly an option. Just remember: they may not work as well as promised; they come with a host of side effects; and some of them are deadly.

Still interested in more information on stress and depression? Review the following Newsletters: