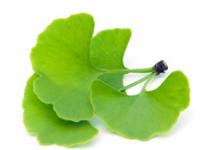 One of today’s most purchased medicinal herbs and the oldest living species of plant, Ginkgo biloba may also be one of the most studied herbs on the planet. The plant itself is considered to be a “living fossil,” which means that it is a species that has survived major extinction events. Ginkgo is impressive enough just as a plant species, considering a single tree can live as long as 1,000 years and grow to a height of 120 feet. However, when you factor in its medicinal value, it’s really no surprise that it’s so popular.

Ginkgo Biloba As An Antioxidant

The herb contains more than 40 components, but only two types are believed to be helpful medicinally – flavonoids and terpenoids. Flavonoids are plant-based antioxidants that help protect against oxidative cell damage from harmful free radicals. Terpenoids help improve blood flow by dilating blood vessels and reducing the stickiness of platelets. And the terpenoids in ginkgo, particularly the ginkgolides, have a special advantage: they can cross the blood brain barrier and work in your brain. This is why you’ll find ginkgo as an ingredient in Jon Barron’s Ultimate Antioxidant formula.

If you’re familiar with ginkgo at all, you are probably aware of its ability to help improve memory. This is because ginkgo is believed to have nootropic properties (essentially, it’s a smart drug), and is mainly used as a memory and concentration enhancer and antivertigo agent. According to some studies, ginkgo and memory go hand in hand, as it can also significantly improve attention in healthy individuals. Further research has found that it may also help in preventing and treating Alzheimer’s disease.

Gingko has been studied extensively for its ability to widen blood vessels and increase oxygen and blood flow. In fact, it was originally used to help regulate blood flow to the brain.

The herb has also been shown to significantly improve long-distance vision and may reverse damage to the retina of the eye. In addition, it may also provide relief from headaches, sinusitis, and vertigo.

If that’s not enough, ginkgo has been used to treat a variety of ailments and conditions, including…

How to Take Ginkgo Biloba

Since this herb is so popular, you shouldn’t have any problems finding it. Depending on your preferences, you’ll likely see it in capsule or tablet form, as a liquid extract, or in dried leaf form for use in teas.