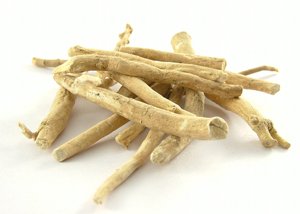 Finding the key to inducing pleasure and energy came about somewhat by accident. As it turns out, sometimes in formulating, you just get lucky. Sometimes, something totally unexpected just walks through the back door. Sometimes, it’s a little like the discovery of penicillin. You look for one thing; you get another. And instead of throwing it out as old mold, you recognize in that mold a whole new class of healing potential. Well, my formulation for inducing pleasure and energy was a bit like that. Even better, it opened the door to a whole new class of nutraceuticals—neural enhancers. That means that even as I worked out pleasure and energy without stimulants, it came along with being able to encourage states of relaxed alertness, being in the zone, satiety, de-stressing, and just plain feeling good. It turns out, they’re all connected. But I’m getting ahead of myself. Let’s go back to the beginning.

From Soda Pop to Miracle Tincture

About 10 years ago, I was contacted by a start-up company. They asked me to design an energy drink for them but make it healthy. As fate would have it, during the previous year, I had been exploring some exotic brain enhancement herbs for use in a neural enhancement “brain tonic.” So I developed a tincture for the start-up using two of those exotic herbs: mulungu from the Amazon Rainforest and bacopa from the Indian Ayurveda tradition. But even as we got the first test batches ready to go, the start-up company closed its doors.

Not wanting to waste the samples, I sent out a number of bottles to my network of “testers.” I got back some very surprising responses.

At this point, I began to realize that I had something here that was significantly more than I had expected when I formulated it–although, to be sure, most people did indeed report an increase in energy and mental clarity. So I decided to continue working on the formula and see if I could improve what it did.

It’s important to understand that the hardest part in developing a “new” formula is that there are no reference points. You have no guide in selecting ingredients, other than your own personal knowledge base and your own intuition. (You can’t just mix and match exotic ingredients from what you read in a book.) And you have no guide in determining how much of each ingredient to use other than lots and lots and lots of trial and error. With that in mind, I continued to work on the formula for the next six months to “perfect” it. In addition to the mulungu and bacopa, I added green tea to sharpen the effect of the mulungu, and stevia to help maintain blood sugar levels, thereby keeping energy levels up.

When I originally produced this formula, as I already mentioned, I used mulungu, which is traditionally used for anxiety and stress. In addition, mulungu induces a strong physical sensation of well-being. It is experienced as a very pleasurable warmth and tingling in the body. It is this pleasurable sensation that works so well as an appetite suppressant. You just feel so good that you don’t want to eat. However, in 2012, I was forced to look for an alternative as mulungu was placed on the endangered species list.

I found it in ashwagandha (Withania somnifera), which provides all of the same benefits as mulungu, but does not cause drowsiness or dopiness, which mulungu can do in some people. Also, there are far more clinical studies supporting the benefits of ashwagandha than there are for mulungu. Ashwagandha, also known as Indian ginseng, has been part of herbal medicine for at least the last 4,000 years; and like ginseng, it functions as a general tonic, an “adaptogen,” which means its potential benefits are wide ranging. Studies support its use as a:

Note: ashwagandha: is part of the nightshade family. That means if you have an allergy to potatoes, tomatoes, eggplant, or bell peppers, you will probably not be able to use this formula as it is likely to stimulate the same allergy.

A classic brain and nerve tonic, bacopa is a medicinal herb that has been used effectively for hundreds of years as a brain and nervous system restorer. It is known to increase mental clarity and promote improved memory and intelligence. It also assists in heightening mental acuity and supports the physiological processes involved in relaxation. Bacopa is thought to help nourish neurons as it restores depleted synaptic activity. Studies have indicated that Bacopa can help:

And it probably should be noted that supplementation with bacopa probably doesn’t just make you “feel” smarter; indications are that it seems to actually “make” you smarter. Specifically, studies have shown that bacopa supplementation stimulates a significant increase in dendritic length and dendritic branching points along the length of dendrites of the amygdaloid neurons. In other words, bacopa seems to stimulate a measurable increase in the number of neuronal connections in your brain!34 Vollala VR1, Upadhya S, Nayak S. “Enhanced dendritic arborization of amygdala neurons during growth spurt periods in rats orally intubated with Bacopa monniera extract.”Anat Sci Int. 2011 Dec;86(4):179-88. http://www.ncbi.nlm.nih.gov/pubmed/21409525 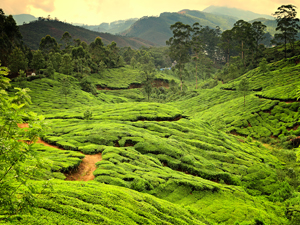 Green tea contains alkaloids including caffeine, theobromine, and theophylline. These alkaloids provide green tea’s stimulant effects. Just a small amount of green tea provides enough of these stimulating alkaloids to work perfectly with the ashwagandha to enhance its sensation of physical pleasure, while at the same time augmenting mental clarity.

And the benefits of green tea don’t stop there. It has also been shown to be effective in regulating blood sugar, reducing triglycerides and in reversing the ravages of heart disease. (Incidentally, the Japanese, who drink large amounts of green tea, have some of the lowest rates of cardiovascular disease in the world.) It also plays a protective role in the brain, serving as an effective MAO inhibitor, protecting against brain-cell death from glucose oxidase, over-production of nitric oxide, and lowering the amount of free iron reaching the brain (a bad thing). The net result is that there are strong indications that green tea extract may play a major role in protecting against both Parkinson’s35 Guo S1, Yan J, Yang T, Yang X, Bezard E, Zhao B. “Protective effects of green tea polyphenols in the 6-OHDA rat model of Parkinson’s disease through inhibition of ROS-NO pathway.”  Biol Psychiatry. 2007 Dec 15;62(12):1353-62. http://www.ncbi.nlm.nih.gov/pubmed/17624318 and Alzheimer’s disease.36 1.S.-J. Hyung, A. S. DeToma, J. R. Brender, S. Lee, S. Vivekanandan, A. Kochi, J.-S. Choi, A. Ramamoorthy, B. T. Ruotolo, M. H. Lim. Insights into antiamyloidogenic properties of the green tea extract (-)-epigallocatechin-3-gallate toward metal-associated amyloid-  species. Proceedings of the National Academy of Sciences, 2013; vol. 110 no. 10. http://www.pnas.org/content/110/10/3743.full

In addition, green tea antioxidants are of the same family as grape seed and pine bark extracts. They are polyphenols, chief of which are the flavonoids called proanthocyanidins. In green tea, the main proanthocyanidins are the catechins, and the most powerful of the catechins is epigallocatechin gallate (EGCG), found in the highest concentration in green tea.

Green tea also works to prevent tumors from developing the blood vessels they need to survive, while at the same time inhibiting metastasis.37 Yu Y, Deng Y, Lu BM, Liu YX, Li J, Bao JK. “Green tea catechins: a fresh flavor to anticancer therapy.” Apoptosis. 2014 Jan;19(1):1-18. http://www.ncbi.nlm.nih.gov/pubmed/24081390 And it is the first known natural telomerase inhibitor.38 Zhang W, Yang P, Gao F, Yang J, Yao K. “Effects of epigallocatechin gallate on the proliferation and apoptosis of the nasopharyngeal carcinoma cell line CNE2.” Exp Ther Med. 2014 Dec;8(6):1783-1788. http://www.ncbi.nlm.nih.gov/pmc/articles/PMC4217784/ That is to say, it eliminates the “immortality” of cancer cells which is their trademark and which makes them so deadly. Green tea is particularly effective in destroying the causes of leukemia, prostate cancer, and breast cancer. In addition, green tea seems to be able to almost totally prevent cancer causing DNA damage in smokers — a possible explanation as to why the Japanese, who are among the world’s heaviest smokers, have such a low incidence of lung cancer.39 Chung FL. “The prevention of lung cancer induced by a tobacco-specific carcinogen in rodents by green and black Tea.” Proc Soc Exp Biol Med. 1999 Apr;220(4):244-8. http://www.ncbi.nlm.nih.gov/pubmed/10202397

But in this formula, all of the above are side benefits. The primary reason for using green tea in this formula is because it contains L-theanine. Research on human volunteers has demonstrated that L-theanine creates a sense of relaxation through at least two different mechanisms. First, it directly stimulates the production of alpha brainwaves, creating a state of deep relaxation and mental alertness similar to what is achieved through meditation.40 Russ Mason. “200 mg of Zen, L-Theanine Boosts Alpha Wavss, Promtoes Alert Relaxation.” ALTERNATIVE & COMPLEMENTARY THERAPIES. April 2001. http://8-12hz.com/media/200-mg-of-Zen.pdf Second, L-theanine is involved in the formation of the inhibitory neurotransmitter, gamma amino butyric acid (GABA).41 Nathan PJ, Lu K, Gray M, Oliver C. “The neuropharmacology of L-theanine(N-ethyl-L-glutamine): a possible neuroprotective and cognitive enhancing agent.” J Herb Pharmacother. 2006;6(2):21-30. http://www.ncbi.nlm.nih.gov/pubmed/17182482 GABA influences the levels of two other neurotransmitters, dopamine and serotonin, producing the key relaxation effect. L-theanine has been used to:

The use of green tea in this formula, then, is primarily for its ability to de-stress and to stimulate the production of alpha brainwaves to induce a state of relaxed alertness.

When you consider the combined effect of these ingredients, you see that this formula has the ability to induce a state of relaxed alertness. Many people will probably end up using this formula as an appetite control or as a stop-smoking aid because it:

But its real uses go far beyond that. For example, it:

Note: if swished in the mouth for about 30 seconds before swallowing, this formula begins to take effect in about 60 seconds. If just swallowed, as when taken with a drink, it starts working in about 15 minutes. 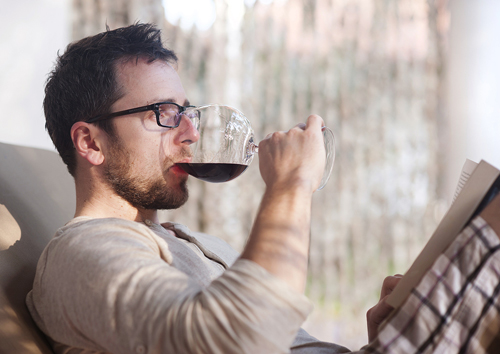