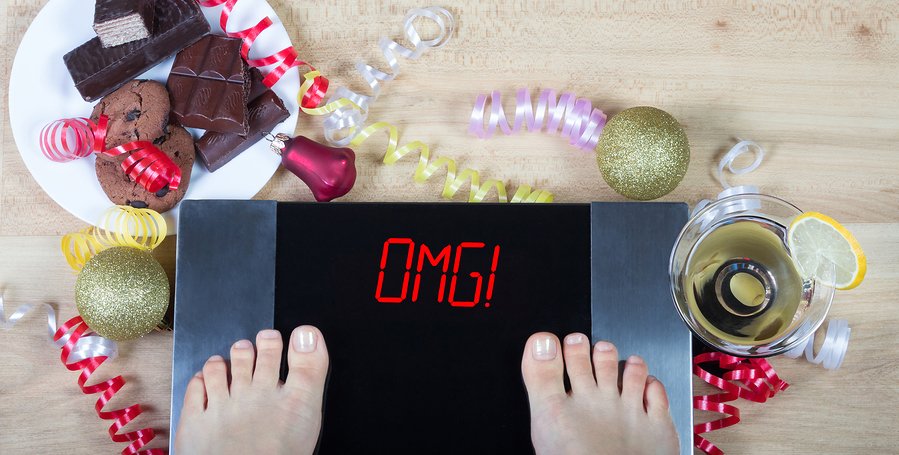 Shedding excess weight is not easy. If it was, we certainly would not have an obesity rate of more than one-third of all adults in the United States. And it’s frustrating when you do the right thing by increasing your exercise and revamping your diet to eat more nutritiously only to have the scale register a mere drop of half a pound. But one way to help those small increments start adding up is to look at every aspect of your eating habits to see where you might still make improvements. Keep in mind that one little bad habit can make a huge difference. Beverages are a good place to start, and according to new research, even eliminating one can of soda a week can make a difference in your weight.

The study, which was conducted at the Harvard T.H. Chan School of Public Health in Boston, Massachusetts, found that by cutting out just one can of sugar-sweetened soda per week, women were more likely to lose weight.1 Stern, Dalia; et al. “Changes in Sugar-Sweetened Soda Consumption, Weight, and Waist Circumference: 2-Year Cohort of Mexican Women.” American Journal of Public Health. 21 September 2017. Accessed 28 September 2017. http://ajph.aphapublications.org/doi/abs/10.2105/AJPH.2017.304008?journalCode=ajph. The subjects were 11,218 women taking part in the Mexican Teachers’ Cohort study who answered questions about their typical soda consumption. Through survey responses in 2006 and once again in 2008, the researchers were able to establish a picture of the women’s daily intake of soft drinks containing either sugar or artificial sweeteners. In addition, the participants all provided information on their weight and waist circumference in both 2006 and 2008.

After evaluating any differences to the amount of soda consumed, the investigators discovered that by reducing their intake of sugar-sweetened soda by just one can each week, the women gained 0.88 pounds less than their peers whose soda drinking remained consistent. In contrast, the women who added a single can of soda to their weekly drink total were found to gain 0.66 pounds more than their counterparts who did not change their soda drinking habits.

What’s more, if the uptick in soda consumption was greater, the weight gain intensified as well. Those women who reported drinking an additional can of soda every day gained an average of more than two pounds and had a bigger increase in waist circumference compared to the women who didn’t alter their soda consumption during the two-year period. And these results remained intact even after the researchers controlled for numerous other lifestyle and dietary factors.

You may say that these fractions of a pound discrepancies are not significant enough to be worth making changes to your diet. However, keep in mind that this was only over the course of two years. Creeping weight gain is a major problem for many people as we age. Without doing anything differently, you may find that over a single decade, you have easily put on an extra seven or eight pounds. In fact, studies show that this kind of incremental weight gain often put on during a vacation or the holiday season but not taken back off is not only common, but very detrimental because we don’t realize how it’s adding up.

And weight circumference is another problematic issue. This is not the first research to link sugary beverage intake to larger waists, as a 2016 study at the National Heart, Lung, and Blood Institute in Framingham, Massachusetts showed that regular consumption of sugar-sweetened drinks increases visceral body fat in the abdominal area.2 Ma, Jiantao; et al. “Sugar-Sweetened Beverage Consumption is Associated With Change of Visceral Adipose Tissue Over 6 Years of Follow-Up.” Circulation. 11 January 2016. Accessed 29 September 2017. http://circ.ahajournals.org/content/133/4/370/tab-article-info.
An expanding midsection not only means a bigger size in pants, but an accumulation of abdominal fat, which is more dangerous than fat stored elsewhere in the body. Visceral fat surrounds the organs and affects hormone function, putting you at higher risk of heart disease and diabetes.

While the current study is somewhat flawed by the relatively homogeneous population recruited and the potential for mistakes in self-reporting, the findings are very much in line with those of earlier investigations into soda consumption and weight gain. What was surprising was the lack of evidence that artificially sweetened soft drinks are linked to weight gain in this research when other studies have shown them to result in added pounds. However, diet sodas have also been found to increase the risk of heart attacks, stroke, cancer, and more, so they are clearly not the way to go.

Instead, opt for water most of the time. If you’re choosing soda to get the caffeine kick, switch to tea or a cup of coffee early in the day. Both will provide you with a pick me up, but not at the expense of the empty calories in soda. And if you find that you are unable to control your impulses and reduce your soda consumption, then consider using an herbal sugar/lipid-metabolic-enhancement formula that helps moderate the negative impact of sugar in your diet.