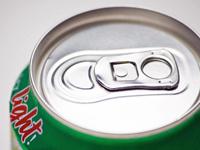 February is American Heart Month, and for the fourth year now, Diet Coke is supporting the National Heart, Lung, and Blood Institute’s The Heart Truth campaign to raise awareness and funds for women’s heart health education and research.  Kind of ironic, though, since drinking diet soda has recently been identified as a possible risk factor for heart attacks and stroke.

The study that found the connection, performed by scientists at the University of Miami Miller School of Medicine, took place over the course of nine years and involved more than 2,500 participants.  It was part of the larger Northern Manhattan Study, which investigates stroke and its risk factors through Columbia University in New York.  Approximately two-thirds of the volunteers were women, and their average age was 69.

Participants responded to a questionnaire about what they typically eat and drink and their exercise habits.  They were also provided with physical exams.  The researchers used this information to gather data for analysis as well as to control for other cardiovascular risk factors such as age, gender, physical activity levels, smoking, alcohol use, caloric intake, and pre-existing heart disease.

While the researchers didn’t find any evidence of elevated cardiovascular disease risk among those who drink regular soda frequently (they weren’t looking for diabetes), the subjects who reported having diet soda on a daily basis face a 48 percent higher risk of having a stroke or heart attack compared with the people who rarely or never drink it.  During the period of the study, 212 of the volunteers had strokes, 149 had heart attacks, and 338 died from cardiovascular illness. It is important to note that the researchers lacked data on the types of diet drinks consumed, preventing analysis of whether different diet sweeteners (aspartame, saccharine, sucralose) might have produced varying results — although aspartame is far and away the dominant artificial sweetener used in diet sodas.

This is not the first study to establish a connection between soft drinks and disease.  Previous research has linked both regular and diet soda to diabetes and metabolic syndrome, both of which can elevate the incidence of heart attacks and stroke.  Metabolic syndrome is a grouping of risk factors for cardiovascular disease and diabetes that includes significant waist circumference, high blood pressure, elevated blood lipids, and excessive fasting glucose levels.  Numerous trials through the past decade have found that drinking regular soda promotes both weight gain and a greater risk of developing Type 2 diabetes, which is unsurprising, given the amount of sugar it contains.  But other studies have also shown a link between diet soda and diabetes.

In 2008, research that took place at the University of Minnesota in Minneapolis found that those who drink a can or more of diet soda every day had a 34 percent higher risk of developing metabolic syndrome.  Taking place over a period of nine years, this study focused on the health status and eating habits of 9,500 men and women between the ages of 45 and 64.  Other factors were found to increase the chances of developing metabolic syndrome too — those who frequently ate refined grains and fried foods had an 18 percent higher risk, and the participants who indulged in red meat most often had a 25 percent higher risk.  But none of these bad health habits came close to the numbers for drinking diet soda, with its 34 percent increased risk.

More studies need to be done to determine exactly why diet soda would potentially cause metabolic syndrome, diabetes, heart attack, or stroke.  But one clue was found in research at Purdue University in West Lafayette, Indiana.  Scientists there noticed that rats that were fed saccharin-sweetened yogurt ate larger portions and gained more weight than rats that were consuming sugar-sweetened yogurt.  Although the majority of diet sodas contain aspartame instead of saccharine, it’s possible that the two sweeteners affect the body the same way and cause people to overeat.

So put down that can and take the two-liter bottles right out of your shopping cart.  For your health, you’ll need to quench your thirst another way.