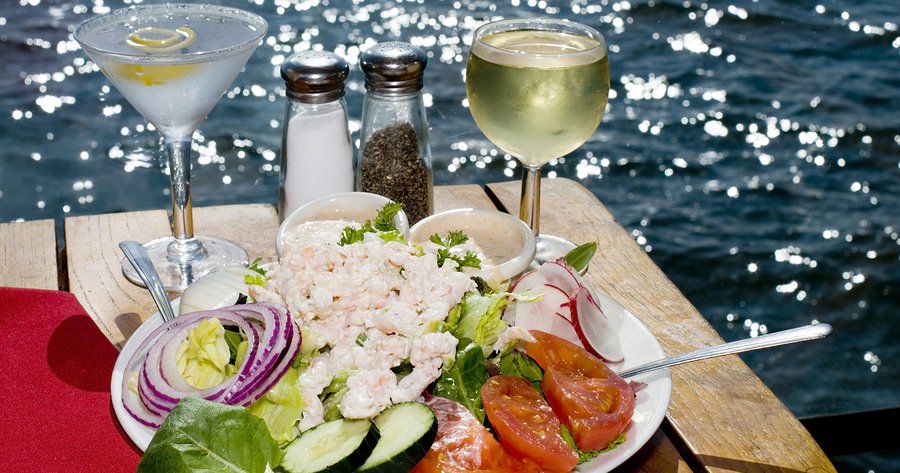 During the cold winter months, it is awfully nice to get away on vacation to a sunny, warm destination. After a few days off from work and the other responsibilities of life, you become relaxed, and the stress starts melting away. By the time you head back home, you feel just great. The only problem is that in addition to badly needed downtime, terrific memories, and lots of pictures, most of us also come home from vacation with a little extra weight packed on. And new research suggests that it usually doesn’t go away–steadily adding up, year after year.

The study, which was conducted at the University of Georgia in Athens, found that the majority of Americans gain some weight during the course of their vacations and tend not to lose it after they’ve returned home.1 Cooper, Jamie A. and Tokar, Theresa. “A prospective study on vacation weight gain in adults.” Physiology and Behavior. March 2016. Accessed 16 February 2016. http://www.sciencedirect.com/science/article/pii/S0031938415302250 The subjects were 122 men and women between the ages of 18 and 65, with an average age of 32. They all visited the lab for measurements of their height, weight, body mass index, and waist-to-hip ratio as well as blood pressure readings. These were taken one week before a volunteer’s vacation, one week after the vacation, and six weeks post-vacation.

Each of the participants took a vacation that lasted from one to three weeks. The examinations determined that 61 percent of the volunteers gained weight during their trip. The average weight gain was 0.7 pounds, but the variance was quite large. There were subjects who put on seven pounds during vacation while others actually lost a little weight. But the nearly three-quarters of a pound that was the average tended to stick around for the full six weeks after the getaway was over–and one might assume, indefinitely thereafter.

What caused the nudge up on the scale in vacationers? As you would expect, it wasn’t due to a larger caloric intake than usual. Nor was it just food in which the participants were overindulging; many of the additional calories were shown to be coming from alcohol. In fact, the volunteers reported that their typical drinking habits prior to vacationing were an average of eight drinks a week, but on their trip that average ballooned up to 16 drinks a week (which probably puts them outside the norm for many of our readers). Doubling the number of drinks in one week is bad enough on your waistline, but remember that some of these people were on vacations that lasted up to three weeks.

While you may be tempted to shrug off these findings with the thought that 0.7 pounds is not such a major weight gain to be worrying about, a slightly different perspective makes it much more concerning. A 1990 study at the Centers for Disease Control and Prevention in Atlanta, Georgia found that the average American adult gains between one and two pounds per year.2 Williamson, David F.; et al. “The 10-Year Incidence of Overweight and Major Weight Gain in US Adults.” JAMA Internal Medicine. March 1990. Accessed 17 February 2016. http://archinte.jamanetwork.com/article.aspx?articleid=613019 The researchers point out that if you acquired approximately half of that annual weight gain during a vacation, it is a considerable boost in excess weight in a very small window. There’s also the not-so-small problem that if we are failing to lose this new weight, it is going to add up over time and might very well push some people from the normal weight range into the overweight range and people already overweight into obesity.

The study has flaws, including the small size of the population sample since it is not really large enough to truly represent a wide range of post-vacation outcomes. However, the results do make sense, and they are in line with other research that focused instead on weight gain during the relatively short period of time we call the holiday season. For instance, a 2000 study at the National Institutes of Health in Bethesda, Maryland showed that weight gain typically takes place from November through January but is not lost in the post-holiday months.3 Yanovski, Jack A; et al. “A Prospective Study of Holiday Weight Gain.” New England Journal of Medicine. 23 March 2000. Accessed 17 February 2016. http://www.ncbi.nlm.nih.gov/pmc/articles/PMC4336296/

To avoid becoming part of this expanding majority, try to keep yourself in check while you are off on vacation. Enjoy yourself to be sure, but keep in mind that there are many ways to have fun that don’t include tremendous dinners nightly or poolside alcoholic beverages all afternoon. If you want one or two big gastronomic splurges during the trip, go for it. Just don’t do it daily. And the same holds true for drinking. Having a cocktail or two is fine, but you don’t have to indulge in several every evening. Don’t abandon your exercise routine while you’re away, either. Many hotels, cruise ships, and other vacation destinations offer great workout facilities and classes. Plus, activities like hiking through a rain forest or swimming through coral reefs will not only help you burn some of those extra calories, they will provide you with memories you can treasure forever.

And remember, you always have the option, as Jon Barron frequently recommends, of following the holiday season or a weight gaining vacation with a few days of detoxing and juice fasting–to clean up the damage as well as get rid of that extra weight.