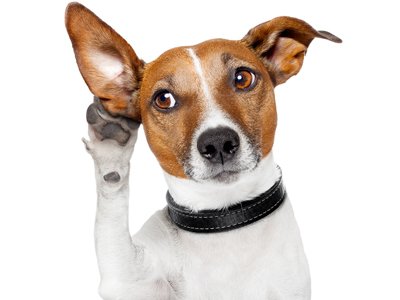 Management guru, Peter Drucker, once said, “The most important thing in communication is hearing what isn’t said.” Well, it turns out that people who take lots of painkillers may have to specialize in that technique, because studies show that NSAIDS can, and probably do, damage hearing.

A large study published in The American Journal of Epidemiology a few years ago reported a notable increase in hearing loss among women who took NSAIDS like Tylenol, Motrin, and Advil.1 Ferreol, Michelle Denise. “Painkillers Linked to Hearing Loss.” 8 September 2012. Harvard Crimson. 5 June 2014. http://www.thecrimson.com/article/2012/9/28/painkillers-hearing-loss/ The 14-year study involved 62,261 women aged 31-48. For acetaminophen users who took the painkillers two days a week, the results showed an 11 percent elevated risk of hearing loss compared to those who took them less than once a week. The frequency of hearing loss went up with increased consumption. Those subjects who took acetaminophen four days a week showed a 21 percent increased risk. Ibuprofen users fared slightly worse than the acetaminophen users, with those who took two doses of ibuprofen a week suffering a 13 percent greater chance of hearing loss, and those who used it six days a week showing a 24 percent greater risk. This particular study found no hearing loss among aspirin users.

The situation for males is considerably uglier. An earlier, 18-year study of 26,000 men found a far greater association between hearing loss and painkiller use.2 Curhan, Sharon G. MD et al. “Regular analgesic use increases hearing loss in men, study finds.” 1 March 2010. Science Daily. 5 June 2014. http://www.sciencedaily.com/releases/2010/03/100301091421.htm That research, published in the American Journal of Medicine in 2010, found that aspirin did indeed compromise hearing, with regular aspirin users 33 percent more likely to suffer hearing loss than nonusers. Regular ibuprofen users under age 50 were 61% more likely to lose hearing, while those aged 50-59 had a 32 percent increased risk. The utter shocker is that those men who took acetaminophen regularly and were under age 50 had a 99 percent increased risk of hearing loss! Older men showed less effect, with regular users aged 50-59 showing a 38% increased risk, and those aged 60 and older just 16%.

It’s hard to know if the extraordinary figures reported for men reflect the fact that males are more vulnerable to hearing loss than women, or if the 18-year duration of the study (versus the 14 years for the female study) reveals a frightening correlation that would apply to women as well if they too underwent the extra four years of investigation. In any event, the figures taken together reveal a few things. First, there definitely seems to be a correlation between painkillers and hearing loss for both men and women. That correlation is particularly extraordinary for males. Also, it seems that taking painkillers early in life has a more deleterious effect on hearing than taking them after age 50. And finally, it does appear that the extent of hearing loss suffered by taking pain killers is dose dependent, meaning that those who take painkillers only occasionally have less to worry about than those who constantly pop the pills.

Scientists speculate that the damage to hearing occurs because painkillers reduce the amount of blood that flows to the cochlea, which is the principal hearing organ. Also, the director of the women’s’ study, Dr. Sharon Curhan, speculates that “Acetaminophen may deplete factors that protect the cochlea from damage.”

Other injurious side effects of NSAIDS have had plenty of airplay in earlier articles on this website. As we’ve noted in the past, “Reliable research indicates that acetaminophen can cause severe liver damage or even liver failure. It can also trigger asthma, autism, Reyes Syndrome, blood cancer, and hypertension.” There have been numerous acetaminophen recalls due to safety issues. Ibuprofen, on the other hand, has been linked to heart attacks and strokes, asthma, gastrointestinal damage, seizures, and more. And good old aspirin is famous for its stomach-bleeding effects. As we reported a few weeks ago, the FDA recently withdrew its endorsement of aspirin for heart-attack preventative because the side effects outweigh any potential benefit.

Perhaps the widespread use of painkillers accounts for at least some of the astronomical increase in hearing loss reported over the last several decades. In 1971, federal surveys found only 13.2 million Americans suffering from hearing loss.3 “The Prevalence and Incidence of Hearing Loss in Adults.” American Speech-Language Hearing Association. 5 June 2014. http://www.asha.org/public/hearing/Prevalence-and-Incidence-of-Hearing-Loss-in-Adults/ By 2000, that number had more than doubled to 28.6 million, and by 2008, 30 million had hearing loss in both ears, and 48 million in one ear.4 Lin, Frank R. et al. “Hearing Loss Prevalence in the United States.” 14 November 2011. JAMA Internal Medicine. 5 June 2014. http://archinte.jamanetwork.com/article.aspx?articleid=1106004 Although Tylenol has been around for non-prescription sales since 1960, the extra-strength formulation didn’t get released to market until 1976, the same year that Tylenol products became the best-selling analgesic in the U.S.5 http://www.tylenol.com/news/about-us Ibuprofen hit the scene in 1984.6 http://www.encyclopedia.com/topic/ibuprofen.aspx

While numerous other factors certainly contribute to increasing hearing loss figures in the U.S., it’s interesting to consider the timing synchronicities. Of course, environmental noise, loud music, other drugs, and an aging population most likely also play a role. We wrote recently about the link between sleep apnea and hearing loss, and given the fattening of the population and the fact that sleep apnea tends to afflict those suffering from obesity, that too might be a contributor.

On the other hand, 65 percent of the people with hearing loss are under age 65, so clearly contributors other than age are at play.7 http://www.earinfo.com/hearing-aid-statistics Holding cell phones to ears and listening to loud music through headphones certainly don’t help. That might be why one out of five teens already has hearing loss, according to research.8 Allday, Erin. “Study: 30% increase in teens with hearing loss.” 18 August 2010. San Francisco Gate. 5 June 2014. http://www.sfgate.com/health/article/Study-30-increase-in-teens-with-hearing-loss-3255510.php

Anyway, given the dangers analgesics pose beyond hearing loss, and Peter Drucker aside, it sure makes sense to find alternative ways to reduce pain. See Jon Barron’s article on natural pain relief for ideas.