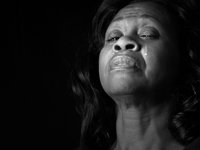 The Greek philosopher Plato might have stopped worrying about the nature of reality if Tylenol had been invented back in the fifth century BC, when he and his student Aristotle pondered the big questions. Likewise, more than a millennium later, Jean-Paul Sartre might have seen plenty of “exits” and Franz Kafka might have remained in insurance sales instead of writing novels decrying the human fate–if only Tylenol had been available.

A new study out of the University of British Columbia has found that acetaminophen, the generic form of Tylenol, reduces existential angst.1 DeMara, Bruce. “Tylenol may reduce existential angst.” 16 April 2013. The Star.com. 18 April 2013. http://www.thestar.com/life/health_wellness/2013/04/16/tylenol_may_reduce_existential_angst.html It’s a bit mind bending to think that the same painkiller you take to reduce your fever and destroy your liver can also make your psychic pain go away, but then again, doctors prescribe antidepressants for pelvic pain and Botox for headaches and juvenile cerebral palsy–so why not generic Tylenol to help patients stop worrying about death.2 Turner, Bambi. “10 Prescriptions Being Used in Unique Therapies.” Discovery. 17 April 2013. http://dsc.discovery.com/tv-shows/curiosity/topics/10-prescriptions-used-unique-therapies.htm

A few years ago, scientists discovered that Tylenol could help people suffering from the agony of social rejection.3 “Pain Pills Could Ease Hurt Feelings.” 23 December 2009. Live Science. 18 April 2013. http://www.livescience.com/5966-pain-pills-ease-hurt-feelings.html A study at the University of Kentucky had subjects take either 1000 mg of Tylenol daily over a period of three weeks, or a sugar pill placebo. Throughout the study, the subjects completed “hurt-feelings” tests to measure how much they were suffering from feelings of ostracism. The Tylenol group reported lower levels of wounded feelings and social pain over time.

To double-check these results, the researchers had the subjects watch videos intended to evoke feelings of social rejection. Meanwhile, MRIs showed brainwave activity, and those who took the painkillers had less activity in the regions of the brain associated with psychic, emotional pain.

The scientists concluded that the brain processes social rejection in the same way as it processes a physical blow. That really shouldn’t come as a surprise to anyone who has been spurned by friends, bullied by classmates, or told to take a hike by a lover. Enduring these sorts of rebuffs can indeed make one double over in pain. But who would have thought to pop a Tylenol to deal with feeling like a reject?

Researcher Dr. Naomi Eisenberger pointed out, “Broken-hearted” isn’t just a metaphor — social pain and physical pain have a lot in common.” Her colleague and director of the Tylenol study, Dr. Nathan DeWall added, “Social pain, such as chronic loneliness, damages health as much as smoking and obesity. We hope our findings can pave the way for interventions designed to reduce the pain of social rejection.” In other words, if we extrapolate from the good doctor correctly, interventions like Tylenol.

Now this new study shows that thinking about death and uncertainty can cause pain similar to that endured when experiencing physical duress. No wonder television programs like the new dating show, Looking for Love,are so popular. Anything to take the mind off the existential nature of reality!

It’s interesting to note that this study comes at a time when Tylenol sales have been flagging, due perhaps in part to reports about the disconcerting potential side effects of the painkillers, but mostly, because of a series of costly recalls due to manufacturing defects. The first recall alone (otherwise known as the “musty-smell recall”), saw 53 million bottles of Tylenol pulled off the shelves in 2010, followed by two more recalls that year.4 Wikipedia. http://en.wikipedia.org/wiki/Tylenol The recalls caused a product shortage so severe that some major retailers like CVS Pharmacies decided to stop stocking Tylenol completely, in favor of selling other painkillers.5 Staton, Tracy. “Tired of empty shelves, CVS stops stocking Tylenol in some stores.” 15 January 2013. Fierce Pharma. 18 April 2013. http://www.fiercepharma.com/story/tired-empty-shelves-cvs-stops-stocking-tylenol-some-stores/2013-01-15 In other words, Johnson & Johnson, the manufacturer of Tylenol, has been losing market share both to generic acetaminophen manufacturers and to competitive painkillers such as ibuprofen.

On the other hand, when business was booming, acetaminophen was raking in the bucks. As of 2008, acetaminophen sales alone brought in $2.6 billion.6 Del Pan, Gerald, MD. “Acetaminophen: Background and Overview.” 29 June 2009. FDA. 19 April 2013. http://www.fda.gov/downloads/AdvisoryCommittees/CommitteesMeetingMaterials/Drugs/DrugSafetyandRiskManagementAdvisoryCommittee/UCM175767.pdf News that the painkiller might work well as an intervention in cases of existential dread has to make the executives at Johnson & Johnson happy. Paranoid minds might wonder who has been funding all this off-label research into applications for Tylenol beyond the headache cure.  In fact, this particular study was funded by a grant from the Social Sciences and Humanities Research Council of Canada. So much for paranoia…at least this case.

In any event, no matter whether Tylenol really does make headaches fade and fear of death recede, it does come with a host of potential dangers. Though doctors recommend it as an everyday safe way to make various booboos stop hurting, reliable research indicates that acetaminophen can cause severe liver damage or even liver failure. It can also trigger asthma, autism, Reyes Syndrome, blood cancer, and hypertension.7 Petrus, Edward, MD. “Problems with Acetaminophen.” Fasprin Health. (Accessed 20 April 2013.) http://fasprinhealth.com/media/TylenolArticle.pdf

In other words, it might be far better to struggle with the distress caused by looking at the fact that no matter what we do, we have a short one-way ticket on this planet, than to chance making the ride even shorter by taking Tylenol. Then again, you could try taking proteolytic enzymes since, like acetaminophen, they too relieve pain and systemic inflammation, but without the side effects. Or for that matter, just try exercising since exercising has been shown to relieve depression even better than pharmaceutical drugs.