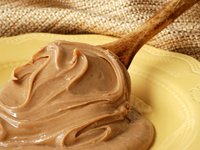 Nuts are a very versatile type of food.  Whether you sprinkle them on top of a salad for added crunch and flavor, put them in some homemade trail mix to munch on, or add them into the treats you bake, nuts can definitely provide a little extra zest.  And while we know that they are high in protein, a source of nutrients and part of a balanced diet, new research has shed light on another benefit offered by nuts.  It seems that eating nuts more often may help people live a longer life.

The study, which was conducted at Harvard University in Cambridge, Massachusetts, found that those who regularly consume nuts may obtain some protection from cardiovascular disease and certain cancers, and are less likely to die early than are their counterparts who never eat nuts.1 “Harvard study: Eating nuts may make you live longer.” USA Today. 20 November 2013. Accessed 24 November 2013. http://www.usatoday.com/story/news/nation/2013/11/20/harvard-long-life-nuts/3654717   The researchers pored over data from two studies with nearly 119,000 adult participants that ran for a course of 30 years.  One of these studies included 76,464 women in the Nurses’ Health Study and the other included 42,498 men who took part in the Health Professionals Follow-Up Study as subjects.  All of the participants in both trials answered questionnaires every few years about their lifestyle habits and diet, and this included information on how frequently they consumed nuts. All of the nuts mentioned in the food surveys appear to work equally well at cutting the risks for the subjects, including peanuts (which are of course not really nuts, but legumes), pistachios, almonds, walnuts, and other tree nuts.

The difference between the nut eaters and non-nut eaters was pronounced, and the more nuts consumed, the higher their apparent benefit, especially for people focused on natural heart health.  Those who ate a single one-ounce serving or more of nuts per day had a 20 percent lower risk of death during the study period than those who didn’t eat nuts at all.  Those who ate nuts two to four times per week on average had a 13 percent lower risk of death and those who ate nuts once a week fared 11 percent better than the nut avoiders.  Even an occasional serving of nuts reduced the risk of death by seven percent over non-nut eaters.  When broken down by specific ailments, the likelihood of dying of heart disease or cancer was respectively 29 percent and 11 percent lower for those eating nuts daily when compared to those who ate no nuts.

In addition, the volunteers who ate nuts more frequently also tended to weigh less than their peers who didn’t consume nuts; they also spent more time working out and had a lower incidence of smoking. The researchers controlled for a number of varying factors that could potentially influence the outcome, including smoking, exercise level, and the existence of systemic diseases such as diabetes, and they determined that nuts offer a health benefit regardless of these dynamics.

This is not the first research to show that nuts should be a regular part of a nutritious and balanced diet.  A recent study at Barnes Jewish Hospital and Washington University School of Medicine in St. Louis, Missouri, found a link between eating peanut butter frequently during adolescence and a reduced risk of breast disease years later.2 Berkey, Catherine S.; et al. “Vegetable protein and vegetable fat intakes in pre-adolescent and adolescent girls, and risk for benign breast disease in young women.” Breast Cancer Research and Treatment. September 2013. Accessed 25 November 2013. http://link.springer.com/article/10.1007/s10549-013-2686-8   Research at the University of California at Los Angeles Fielding School of Public Health in 2012 discovered that eating walnuts may improve the quality of a man’s sperm.3 Robbins, Wendie A.; et al. “Walnuts Improve Semen Quality in Men Consuming a Western-style Diet: Randomized Control Dietary Intervention Trial.” Biology of Reproduction. 15 August 2012. Accessed 25 November 2013. http://www.biolreprod.org/content/early/2012/08/07/biolreprod.112.101634.full.pdf+html   Their benefits may be derived from the plentiful unsaturated fats, Omega-3 fatty acids, fiber, L-arginine, and vitamins they contain.  These substances may help to lower the LDL cholesterol, prevent narrowing of the arteries, and more.

While the current study was financed in part by the International Tree Nut Council Nutrition Research and Education Foundation, that shouldn’t dissuade people from choosing nuts over junk food. It is obviously a lot better for you to eat a handful of nuts than a handful of potato chips or cookies, despite the relatively high calorie count of nuts.  But it’s important to realize that it is more than just the number of calories that matters.  In this case, it would appear that the benefits (living longer, less risk of cancer, better natural heart health, etc.) far outweigh a few extra calories as long as you practice moderation.  So don’t hesitate to stock up on nuts and reach for a handful every day.

As a final note, perhaps the most curious aspect of all these studies is how well peanuts rank when talking about nuts—since, as we’ve already mentioned, they’re not nuts at all. An interesting phenomenon: just calling them nuts makes them behave like nuts. And one caution on nuts is that as healthy as they are for many people, there is still a substantial segment of the population that suffers from nut allergies and asthma—even to the point of suffering anaphylactic shock when exposed to nuts…or even their residue. And curiously, again, peanuts top that list too.