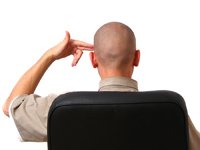 When you think of suicide, chances are a troubled teen comes to mind.  Or perhaps you envision a sick elderly person, isolated and alone.  After all, these are the two populations long considered most at risk for taking their own lives.  However, new research has found that these dynamics may be shifting, and a much less likely group is now experiencing a sharp increase in suicides: the middle aged.

According to a recent study conducted by the Centers for Disease Control and Prevention in Atlanta, Georgia, suicide rates among middle-aged American men and women has risen dramatically in the past 10 years.1 Parker-Pope, Tara. “Suicide Rates Rise Sharply in U.S.” New York Times. 2 May 2013. Accessed 9 May 2013. http://www.nytimes.com/2013/05/03/health/suicide-rate-rises-sharply-in-us.html?ref=health&_r=1&.   In fact, the report determined that 38,364 people died by suicide in 2010, making it the tenth leading cause of death, ahead of even car accidents.2 “Suicide and Self-Inflicted Injury.” Centers for Disease Control and Prevention. 18 July 2012. Accessed 10 May 2013. http://www.cdc.gov/nchs/fastats/suicide.htm

The research focused on the years between 1999 and 2010.  During that time period, the suicide rate of people aged 35 to 64 years old jumped by almost 30 percent.  The rates increased for both men and women, but suicide is much more common among men.  In that age group, 27.3 men per 100,000 committed suicide, while among women the statistic was a far lower 8.1 per 100,000.  The greatest spike for men was found in those in their 50s, for whom the suicide rate skyrocketed by close to 50 percent, resulting in approximately 30 deaths per 100,000 people.  In women, a larger increase in suicides took place instead for those between 60 and 64 years old.  This group had a whopping rise of nearly 60 percent, but it still only accounted for 7.0 deaths per 100,000 people.

Although the researchers did not gear the study toward determining what might have precipitated such a huge increase in suicides, there is no shortage of possible causes.  For one thing, the baby boomer generation that is now firmly in middle age had unusually high rates during their adolescence as well.  But that may have to do with the turbulent times in which they came of age more so than with a mentality that defines their generation.  After all, the Vietnam conflict was underway, divorce became much more common, and drugs more readily available than in previous generations, all of which could negatively affect teenagers and their natural health.

Other contributing factors in the present time may involve the recession and economic woes that have been plaguing the U.S. since 2007.3 Lisack, Thomas. “History of Economic Recession in America.” Financial Sense. 15 July 2011. Accessed 10 May 2013. http://www.financialsense.com/contributors/thomas-lisack/2011/07/15/history-of-economic-recessions-in-america   Just when they reached a point in their lives when they expected to be financially comfortable and maybe thinking about retirement, many in this group faced unemployment, loss of a nest egg, and a decrease in the value of their homes. If so, then we’re looking at a trend much bigger than the US. And in fact, a 2012 study at the University of Manitoba in Canada found that stress brought on by financial woes was the single largest influence on attempted suicide.4 Wang, Yunqiao; et al. “Recent Stressful Life Events and Suicide Attempt.” Psychiatric Annals. March 2012. Accessed 10 May 2013. http://www.healio.com/psychiatry/journals/PsycAnn/{771916B1-0D1A-4DBF-8157-8D2DF64E9BCA}/Recent-Stressful-Life-Events-and-Suicide-Attempt   Add the financial and emotional stress and anxiety of caring for elderly parents in addition to helping out adult children trying to begin a career or going through their own turmoil, and it could be a recipe for disaster.

The methods for taking one’s life have also been changing.  While guns are still the most common method of suicide, both hangings and poisonings were on the rise in the 10-year period of the study.  Hangings rose by 81 percent, and self-inflicted poisoning increased 24 percent.  Poisonings in particular are not surprising, as they encompass intentional overdoses of pharmaceutical medications.  The tremendous increase in opioid painkiller prescriptions over the last decade or so makes these drugs an easy option for those considering suicide.  A 2010 study at the Centers for Disease Control and Prevention found that the use of prescription opioids increased nearly fourfold nationwide between 1999 and 2006.5 Coolen, P.; et al. “Overdose Deaths Involving Prescription Opioids Among Medicaid Enrollees–Washington, 2004-2007.” Journal of the American Medical Association. 6 January 2010. Accessed 10 May 2013. http://jama.jamanetwork.com/article.aspx?articleid=185160   Therefore, it should come as no surprise that since 2001, poisoning has become the most common method of suicide among women.6 “Suicide in the USA.” American Association of Suicidology. Accessed 10 May 2013. http://www.suicidology.org/c/document_library/get_file?folderId=262&name=DLFE-625.pdf

There is no surefire way to prevent someone from committing suicide.  But our personal relationships can undoubtedly have a positive impact.  If an individual knows they have a support network–or even just one person–to talk to and depend on when times get tough, it can make all the difference in the world.  Try to listen carefully and be there for your friends and loved ones in distress because you never know when your helping hand may be just what that person needs to get through the day. Happiness is contagious; but be careful, depression and loneliness are too. Don’t end up getting sucked down the rabbit hole with your friend as you’re trying to help them.