How To Combat Loneliness | Health Blog

In contrast to what the band Three Dog Night sang back in 1969, “One” may not “be the loneliest number.” In fact, research reveals that two or three or more may be lonelier than one alone, because loneliness spreads from person to person. All things considered, Social Distortion may be closer to the mark with their song “Don’t Drag Me Down.”

Loneliness Is Not Caused By Being Alone

Naturally, we tend to equate loneliness with being alone, but that’s not necessarily so, the study reveals. Conducted by scientists at the University of Chicago, UC San Diego, and Harvard University, the study reviewed loneliness data completed by about 5000 participants in the Framingham Heart Study, a longitudinal study started in 1948 with the original intention to decipher factors leading to cardiovascular risk. Every several years over a six-year period, the participants answered questions about how often they felt lonely. Participants who said they never felt lonely typically saw four social contacts weekly, while those who felt lonely five or more days every week had social interaction with an average of 3.4 people — only slightly fewer than the non-lonely subjects. Having extra friends didn’t help much — each additional friend only reduced loneliness by 0.04 days a week, or two days a year.

Even more to the point, those who started out not reporting loneliness were far more likely to become lonely after spending time with lonely friends or family. The research found that the family members and friends of subjects who reported loneliness had a 52 percent increased likelihood of reporting loneliness themselves two years later. In fact, the closer a subject was to a lonely person, the greater the likelihood that the subject also would become lonely. And, the loneliness spread far beyond the immediate circle of contacts — even friends of friends were “infected” by one lonely individual.

Loneliness Leads To Isolation, Not the Reverse

You’d think isolation would be the major factor leading to loneliness, but in fact, the study found just the opposite — loneliness led to isolation. Study director Dr. John T. Cacioppo of the University of Chicago, said, “We detected an extraordinary pattern of contagion that leads people to be moved to the edge of the social network when they become lonely. On the periphery, people have fewer friends, yet their loneliness leads them to losing the few ties they have left.” In other words, people don’t want to hang out with a depressed lonely person. When you become lonely, others start avoiding you, moving you to the periphery of your social circle and leaving you increasingly isolated. (And maybe there’s some unconscious survival instinct driving that phenomenon, given that loneliness is contagious and who wants to catch that disease?)

In fact, from the health perspective, loneliness certainly warrants avoidance maneuvers, given the consequences. For one thing, loneliness puts you at risk for psychological problems such as depression, anxiety, substance abuse, and self-destructive behaviors, including suicide. According to Dr. Cacioppo, studies show that lonely people tend to have trouble sleeping well. They have impaired cognitive functioning, and they tend to stop exercising. These things lead to consequences for physical health.

Studies have found, for instance, that lonely individuals have higher circulating levels of stress hormones, and it’s hardly a secret that stress leads to disease. Lonely people have higher blood pressure, and they have a greater chance of being obese. In 2007, a study published in the Archives of General Psychiatry concluded that loneliness doubled the risk of developing Alzheimer’s Disease. A 2008 study out of Yale University found that lonely, isolated rats had a 300 percent greater chance of developing breast tumors than rats living in social groups, plus, the isolated rats tended to have more deadly tumors. “The effects [of isolation] are equal to or greater than the effects of cigarette smoking — that includes a significantly shortened life span,” said the director of t research, Dr. Gretchen Hermes.

Unfortunately, the cure for loneliness isn’t as simple as adding hundreds of Facebook friends. (Sorry, Facebook.) In fact, Dr. Cacioppo says the quality of connection counts a lot more than quantity. “In 1984, the question was asked [in a survey], How many confidants do you have? And the most frequent answer was three. That question was repeated 20 years later, in 2004, and the most frequent response was zero,” he reports. “People are not having fewer social contacts, but I think they are more harried social contacts. Americans have more friends than Europeans on average. But what defines a friend is different in America than in Europe.” He notes that Americans move around more than Europeans, and so tend to have fewer lifetime, deep friendships.

The typical respondent in the study reported feeling lonely 48 days a year. Women seemed to suffer more than men from loneliness, and they were more vulnerable to contagion from other lonely people. Also, the quality of friendships mattered a lot more than quality of family connections in the loneliness factor.

How To Help The Lonely

Given the health implications of loneliness and the fact that it’s contagious, should lonely people be sent to a remote location to be isolated like lepers? No, say the researchers — lonely people need to be brought back into the social network. Loneliness can erode society if left unchecked, given how it spreads, and so it needs to be addressed. “An important implication of [the study] is that interventions to reduce loneliness in our society may benefit by aggressively targeting the people in the periphery to help repair their social networks,” the authors conclude. “By helping them, we might create a protective barrier against loneliness that can keep the whole network from unraveling.”

Lest you inadvertently mix with lonely people and now fear contagion, it’s good to know that studies also have found that happiness is contagious. Or as Bobby McFerrin said, “Don’t Worry, Be Happy!” In fact, it seems that just about every psychological state is contagious, so you might as well not worry about giving love and support to your lonely friends — just keep upbeat people in the wings as an antidote.

And if all else fails, you can rent Steve Martin’s The Lonely Guy and laugh yourself into oblivion. 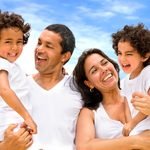