If your car sports one of those “Smiles Are Contagious” bumper stickers, you may be onto something. One study has shown that in fact, happiness begins with you, and then it spreads far and wide. Not only does your happiness make your friends and neighbors happier, but it also uplifts the friends and neighbors of your friends. The equation works in reverse, too: if your friend gets happy, so will you. Or so the study says.

Study On How Happiness Spreads To Others

This research comes on the heels of earlier studies proving that obesity spreads through groups, as does the decision to stop smoking. The study, a joint venture by Harvard University and the University of California at San Diego, followed 5000 people over a 20-year period. The family, coworkers, and neighbors of these individuals also were followed, involving at least 50,000 people in the process. The researchers determined just how happy the participants were by administering standard happiness assessments, where subjects responded to statements such as “I feel hopeful about the future,” “I feel I am just as good as other people,” and “I am happy.”

According to the results, if a friend who lives within a mile of you gets happy, your chances of happiness increase by 25 percent. And if that happy friend lives even closer to you, say half-a-mile away, you have a 42 percent chance of being happy yourself, showing that proximity to happy people makes all the difference — up to, but not including the same house or office. In fact, neighbors of happy people feel the effect more than family members do. Siblings who live close to a happy sibling increase their likelihood of happiness by 14 percent, while next-door neighbors of the happy individual reap a 34 percent benefit — even if the neighbors aren’t friends, and the happiness effect lasts up to a year. Since the study found the effect only for neighbors living right next door to the happy person and not for those living further down the street, the researchers believe that the spread of happiness is not the result of happy people being drawn to each other, but of an actual contagious factor.

“We know it’s not a ‘birds of a feather flock together’ effect,” said one of the study authors, Nicholas A. Christakis of Harvard University. 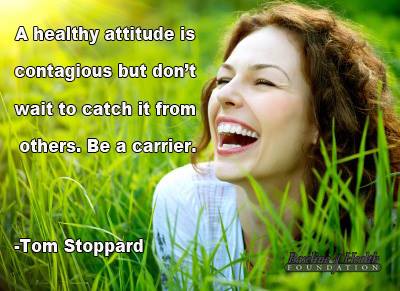 Perhaps the most significant finding is that the happiness of one individual seems to affect others at up to three degrees of separation (take that Kevin Bacon), meaning that the benefit extends to friends of a friend of a friend, although the effect diminishes with each remove, to about 8 percent for friends of friends. In other words, your happiness can affect the happiness of someone you’ve never even met. Interestingly, work colleagues seem immune to the benefit — working with a happy person in the next cubicle apparently won’t make you happy (and what does that say about the work environment?). Plus, partners and spouses are less receptive than friends, reaping only an eight percent benefit from a happy spouse. That’s not necessarily good news for the Coalition for Marriage & Family. On the other hand, a bit of good news the researchers found was that while happiness spreads, unhappiness doesn’t spread nearly as much.

His study co-author, James H. Fowler of the University of California, San Diego, adds, “We need to think of happiness as a collective phenomenon. If I come home in a bad mood, I may be missing an opportunity to make not just my wife and son happy, but their friends.” (It appears Dr. Fowler’s own happiness has blinded him to the fact that his own study found partners and spouses less receptive to the effect.)

As the researchers point out, happiness has a significant impact on health, and given how it spreads, your own happiness has a significant impact on public health, as do your lifestyle choices. Just consider that the same research group followed over 12,000 smokers for a 30-year period and found that as with happiness, quitting is contagious. If you quit smoking, there’s a 30-percent increased chance that others in your network will too. Likewise, the group analyzed obesity patterns in social networks and found that if you become obese, your friends have a 57-percent increased risk of obesity, your siblings have a 40-percent greater chance, and your spouse’s obesity risk goes up by 37-percent. (Again friends are more affected than family — hmmn!)

All of which means that it pays to live next to healthy, happy individuals (maybe that showed be covered in real estate listings), and also, that your responsibility to maintain good health practices and a positive attitude extends beyond your duty to yourself and your family. (Maybe someday you’ll be required to pay a depression tax for bringing the world down.) In any case, this study indicates that when you do something right for yourself, the ripples of that choice extend farther out into the world than you might have thought before. 1http://dash.harvard.edu/bitstream/handle/1/3685822/Christakis_DynamicSpreadHappiness.pdf?sequence=2&isAllowed=y2http://www.npr.org/templates/story/story.php?storyId=978311713http://news.harvard.edu/gazette/story/2008/05/smoking-is-addictive-but-quitting-is-contagious/ 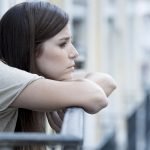