Is Your Doctor Suicidal? 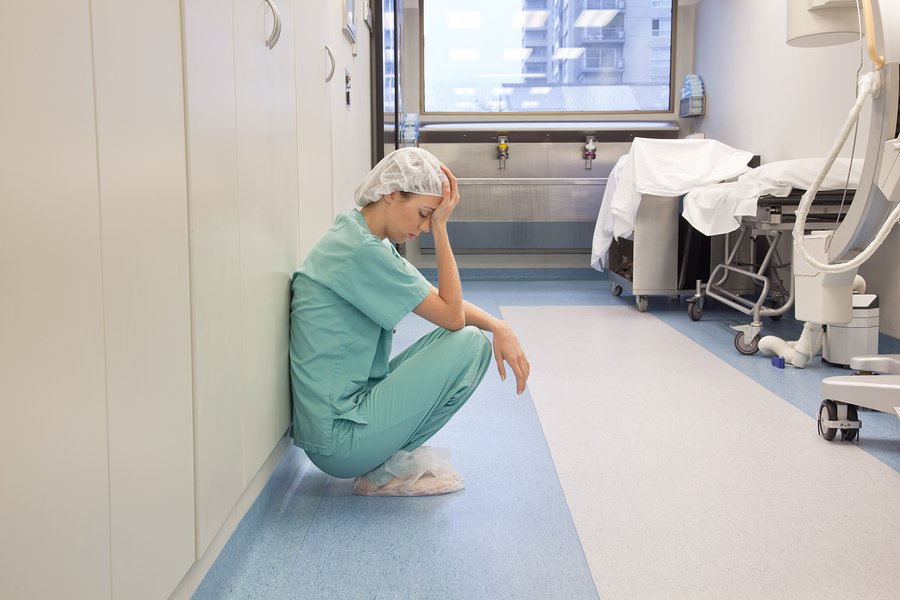 In a recent blog, we noted that the average primary care physician’s caseload is 2300 (or 3000 in clinic settings). This works out to an average of about 20 patients a day for luckier doctors, but in higher stress settings, doctors may see upwards of 60 patients per day-and this isn’t hyperbole. A doctor friend of ours who works at a local clinic says he saw 67 patients the other day, and that’s par for the course for him. Imagine the stress of seeing a new patient with a new health crisis every 11 to 23 minutes?1 Rabin, Roni Carol. “15-Minute Visits Take a Toll on the Doctor-Patient Relationship.” 21 April 2014. Kaiser Health News. 7 August 2014. http://www.kaiserhealthnews.org/stories/2014/april/21/15-minute-doctor-visits.aspx

The pressure of this unreasonable pace is bound to take a toll, and it may be a contributing factor to the high rates of depression, burnout (which we’ve written about before), drug addiction, and suicidal ideation among doctors. Doctors commit suicide at rates quite a bit higher than the general public. While the suicide rate for male physicians is about three times higher than for men in the general public, for women, the difference is staggering. Female physicians kill themselves at a 500 percent higher rate than their peers outside the profession.2 Bromley, Elizabeth. “Physician Burnout.” 6 August 2014. University of California Television. 7 August 2014. http://www.youtube.com/watch?v=P4ETqcPIwi0 While the number of doctors in the US who die by suicide each year seems small at first glance-about 400 annually-that number is about the equivalent of the entire enrollment of a large medical school. Also, suicide counts as the number two cause of death among physicians, after accidents. Not so small after all.

In addition to the fact that doctors kill themselves more frequently than their patients do, there are unique aspects to physician suicide. First, in the general public, men kill themselves four times more frequently than women do.3 Nauert, Rick. “Men’s Suicide Rate is 3 Times That of Women.” 11 June 2013. PsychCentral. 7 August 2014. http://psychcentral.com/news/2013/06/11/mens-suicide-rate-is-3-times-that-of-women/55897.html While it’s true that women make the attempt more than men do and they think about offing themselves more often, men succeed with much more regularity. Among doctors, though, that pattern doesn’t hold. Male doctors and female doctors successfully kill themselves at an equal rate. Also, doctors kill themselves by overdosing 11 times more often than suicide victims in the general public, probably because they have easier access to drugs.

One harrowing tidbit from the patient point of view is that even physicians who hang in there show high rates of suicidal thoughts compared to the average person. One study showed that 10 percent of doctors contemplated suicide within the past year, and another showed that seven percent of surgeons had thought of killing themselves in the past three months.4 Henshaw, Sophie, DPsych. “Depression in Doctors.” Psych Central. 8 August 2014. http://psychcentral.com/blog/archives/2013/11/07/depression-in-doctors/ That’s more than four times the rate for non-doctors. Translated, that means that if you go in for surgery, you have up to a one-in-ten chance of being operated on by a physician who is actively thinking about killing himself or herself, and that sure is worrisome.

Ironically, physicians do better than the general public on every other health scale, except depression and suicide, with far lower rates of every other chronic disease and health issue, including cancer and heart disease. A 2013 Australian study found depression among doctors ran four times higher than in the general public, which, again, is reflected in the elevated suicide rates.

Why do physicians stay healthier than the rest of us in terms of physical integrity, but do so much worse in terms of avoiding the ultimate despair? Some attribute the pattern to the fact that physicians resist getting counseling more than non-physicians. Studies show that 50% of doctors believe there’s a stigma attached to having mental health issues, which is especially strange considering that they are the ones who control and define the field. They fear their reputation will suffer if word gets out that they consulted a psychotherapist. They also may have difficulty finding a therapist outside of their professional circles. And so, 40 percent of depressed doctors never seek help, instead self-medicating with alcohol and prescription drugs.

Why are doctors so depressed in the first place, given that medicine is such a respected profession, and the money is so good? Let’s go back to the workload issue. Seeing 20, 30, or 50 patients a day would be dizzying from the catching-your-breath point of view alone. It also should be noted that Medicare reimbursement guidelines call for seeing a new patient every 15 minutes, and many insurers have modeled their reimbursement schedule after Medicare’s. Then you have to factor in the reality that patients typically are suffering. The doctor is constantly exposed to people who are in pain, who are unhappy, we are complaining, who refuse to take care of themselves, and who want to be taken care of. Perhaps the psyche just isn’t equipped to handle such an assault. And it should be noted that many of their patients die–possibly leading to feelings of inadequacy or failure, no matter how misplaced those feelings may be.

In any event, to see so many patients, many doctors have to work extraordinary hours. Yes, new laws restrict interns and residents from working more than 80 hours a week or 16 hours a day; plus, the law requires that they get one day off each week. While theoretically, this seems an improvement over the 105-hour week that young interns formerly experienced, research has shown that this new schedule actually is putting more stress, rather than less, on doctors, because they still have to attend to the same workload, only now they have fewer hours in which to do it.

The end result is compromised care and suicidal physicians. According to a recent article in the Annals of Family Medicine, it would take a typical doctor 21.7 hours each day to provide reasonable care for the average caseload of 2,300 patients.5 Bernstein, Lenny. “How many patients should your doctor see each day?” 22 May 2014. The Washington Post. 8 August 2014. http://www.washingtonpost.com/news/to-your-health/wp/2014/05/22/how-many-patients-should-your-doctor-see-each-day/ Obviously, that’s impossible. When doctors can’t deliver quality care or even listen adequately to their patients, their self-esteem suffers. Being rushed, they make mistakes. One of the big factors in physician suicides is the perception of having made a mistake that led to patient injury.

What does all this mean for you as a patient? Understanding the conditions under which your doctor labors should help you to recognize that she might not be in any condition to offer you the quality of care you need, and often not through any fault of her own. The system clearly is broken, and the formula for fixing it is beyond the scope of this blog. For you, the bottom line is, once again, that you need to take charge of your own medical care, do your own research, ask lots of questions, and if you can afford it, choose a natural healer outside of the mainstream medical machine as the starting point for any treatment. You can always migrate over to a mainstream physician later if alternative therapy doesn’t work out. And, if you have kids approaching college age, you might want to encourage them to choose a profession other than medicine.