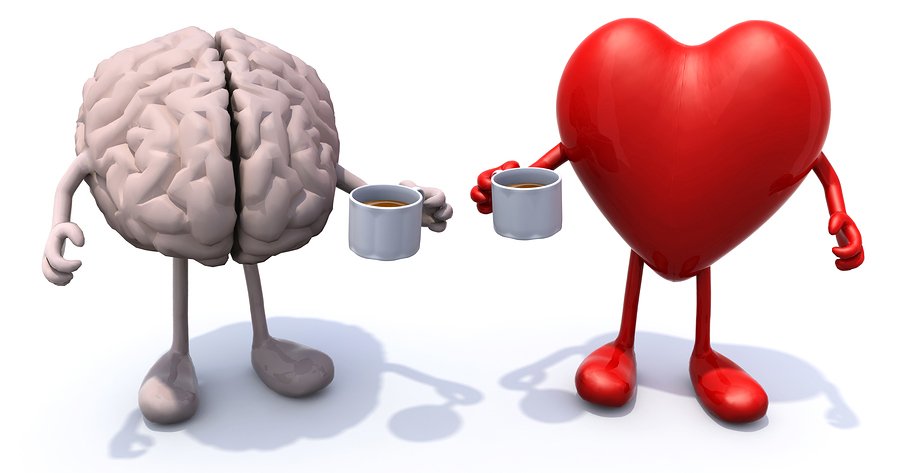 If you don’t normally drink coffee, having just one strong cup of the brew can make you feel insane, like you’re careening toward a high-speed crash. With your heart and brain converted to speedways, it’s easy to believe that coffee can’t be good. Yes, it might contain antioxidants and have some benefits as recent news reports have touted, but still, the admonishments of doctors seem to make sense: coffee can give you palpitations, raise your blood pressure, cause cardiac events that lead to death. That’s why a new study–if true–finding that coffee does not cause heart palpitations, fluttering, extra beats, or other cardiac irregularities, after all, comes as a surprise.

Did Starbucks fund the study, you might wonder? In fact, the research was conducted at the University of California, San Francisco, and funded by CSF Clinical and Translational Science Institute, The Joseph Drown Foundation, the National Institute of Neurological Disorders and Stroke, and the National Institute on Aging. Findings were just published in the Journal of the American Heart Association.1 Rosenbaum, Sophia. “Coffee likely has cardiovascular benefits so drink away, science says.” 27 January 2016. The New York Post.28 January 2016. http://nypost.com/2016/01/27/coffee-likely-has-cardiovascular-benefits-so-drink-away-science-says/ The study relied on data from 1388 people, average age 72, who drank caffeine beverages–including coffee, tea, and chocolate–daily. It turned out that no matter how much coffee the subjects drank, there was no increase in the number of heart irregularities they experienced. No extra heartbeats; no skipped beats. The subjects were followed for a year, with 60 percent of them drinking more than a cup daily.

This is important because several types of heartbeat irregularities correlate to cardiac events. The first, premature atrial contractions (PACs), increase the risk for blood clots, stroke and death. Premature ventricular contractions (PVCs), on the other hand, increase the incidence of heart failure, coronary artery disease and death. Both of these irregularities involve premature beats, but they originate in different parts of the heart, with PACs starting in the atria (one of the upper heart chambers), and PVCs in the ventricles (bottom heart chambers that collect and expel blood).2 “The Physiological Basis of the Abnormal  ECG.” Kansas City University of Medical and Biosciences.” 27 January 2016. http://courses.kcumb.edu/physio/Abnormal%20ECG/rhythm.htm

Previous studies did find a relationship between caffeine intake and a resulting irregular heart rhythm. Such findings sounded alarm bells because, again, irregular heartbeat correlates to significantly increased morbidity risk. But according to one of the authors of the new study, Shalini Dixit, “This was the first community-based sample to look at the impact of caffeine on extra heartbeats, as previous studies looked at people with known arrhythmias.”3 “Relax: Coffee won’t give your heart extra beats.” 28 January 2016. Times of India. 28 January 2016. http://timesofindia.indiatimes.com/life-style/health-fitness/health-news/Relax-Coffee-wont-give-your-heart-extra-beats/articleshow/50755851.cms

In other words, the studies that found a link between coffee and out-of-whack heart rhythm relied on subjects who already had a tendency toward arrhythmia. This new study found that in people with normal heart function, caffeine doesn’t seem to have a negative impact.

Another of the study authors, Dr. Gregory Marcus, wrote, “Clinical recommendations advising against the regular consumption of caffeinated products should be reconsidered as we may unnecessarily be discouraging consumption of items like chocolate, coffee and tea that might actually have cardiovascular benefits…The general belief is that caffeine is bad for your heart, but for most people this doesn’t seem to be true. For people without arrhythmias, the data are pretty compelling that chronic consumption of caffeine does not lead to extra beats.”

And yet, if you go out and drink a quart of coffee, your visceral experience might make you doubt those study results. In fact, it’s probably best to be cautious in adopting a coffee habit for several reasons. First, you need to be absolutely sure you don’t have heart arrhythmia to begin with, since studies did find coffee increased skipped beats in those with a preexisting problem. Note that Dr. Marcus says, “For most people” caffeine is okay. Next, this study looked at individuals with an average age of 72, as mentioned earlier. There’s some evidence from earlier studies that coffee consumption can triple or even quadruple heart attack risk in young adults who have pre-hypertension, plus it can increase risk of developing diabetes as well as full-blown high blood pressure.4 Busco, Marlene. “Coffee Tied to MI Risk in Younger Adults with Mild Hypertension.” 8 September 2015. Medscape Multispecialty. 29 January 2016. http://www.medscape.com/viewarticle/850629#vp_2

Finally, though, research indicates that individuals vary in how they metabolize caffeine, depending on heredity.5 Whoriskey, Peter. “Four key studies that link coffee to heart attacks and hypertension.” 23 November 2015. The Washington Post. 29 January 2016. http://www.washingtonpost.com/news/wonk/wp/2015/11/23/four-key-studies-that-link-coffee-to-heart-attacks-and-hypertension/ A spate of studies found that people who metabolize caffeine slowly definitely are at a dramatically increased risk of hypertension and heart attack when they have coffee, a risk that increases with each cup they drink. As an article in the Washington Post explains, “For those who process caffeine slowly, … drinking coffee raises the risks of heart attacks and high blood pressure. For those who process it quickly, drinking coffee seems to be safe – it may even protect against a heart attack or high blood pressure.”

It also should be remembered that any discussion of the negative effects of caffeine needs to go beyond heart disease. Caffeine causes the body to overproduce adrenaline; it affects the quality of your sleep; it mixes badly with alcohol; and your body builds a tolerance to it that requires you to continually increase your intake to get the same results. There is also the problem that there are at least 32 epidemiological studies of caffeine that have found an increased risk of adverse developmental or reproductive outcomes. To put that in layman’s terms, studies have linked caffeine to both lowered birth weight and a significant increase in birth defects.

What does this mean for you? Unless you plan to have genetic testing done to determine your rate of caffeine metabolism, it’s still probably best to refrain from going overboard in the coffee department. Remember, a tall Starbucks espresso contains only 75 milligrams of caffeine, but a vente brewed coffee has 415.6 http://www.caffeineinformer.com/the-complete-guide-to-starbucks-caffeine You may actually reap some benefit from enjoying a single cup in the morning, but let your own body be the guide. If coffee makes you jumpy, if it raises your blood pressure (get a cuff and monitor), you might want to switch to herbal tea. 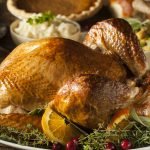