Importance of Sunlight in the Winter | Health Blog 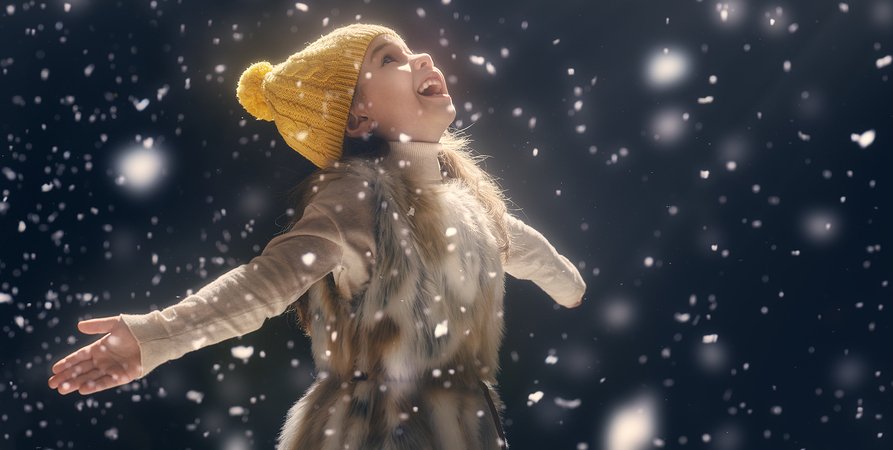 The days are getting shorter and most of us are not leaving work this time of year until it’s completely dark outside. If you don’t make it outdoors at lunchtime, you may barely see any sunlight during the week. The very thought of it is depressing. But even if you don’t have any type of mood disorder, seeing the sun is important on a daily basis. In fact, new research suggests it might be a key element to safeguarding your happiness through the winter months.

The study, which was conducted at Brigham Young University in Provo, Utah, found that sun exposure may be the most crucial factor in weather-related mental health issues with even greater benefit than was previously understood.1 Beecher, Mark E.; et al. “Sunshine on my shoulders: Weather, pollution, and emotional distress.” Journal of Affective Disorders. 15 November 2016. Accessed 16 November 2016. http://www.jad-journal.com/article/S0165-0327(16)30655-3/abstract?cc=y.
The team of investigators included a psychologist, a physicist, and a statistician for expertise in all of the areas encompassed by this research.

They compiled data from the university’s Physics and Astronomy Weather Station on the daily environmental status for a period of six years. In addition, they gathered information from the corresponding time period of the mental health records of 16,452 adults receiving therapy at the BYU Counseling and Psychological Services Center.

As the scientists compared the day-to-day changes in weather conditions with the emotional state of the patients, they considered an array of 19 different weather and seasonally related factors that could influence mood. They found that when a person is exposed to an adequate amount of sunlight daily, their emotions tend to be fairly stable. However, when there are fewer hours of sunlight each day—and presumably people are seeing less of it—their levels of emotional distress begin to increase substantially.

Surprisingly, the other weather variables included in the investigation such as temperature, rainfall, and air pollution were not found to have any notable effect on mental health. This contradicts the findings of some earlier research, such as a 2011 study at Catholic University Leuven in Belgium, which discovered a strong link between rainy weather and very bad moods in certain people.2 Klimstra, T.A.; et al. “Come rain or come shine: individual differences in how weather affects mood.” Emotion. December 2011. Accessed 17 November 2016. http://www.ncbi.nlm.nih.gov/pubmed/21842988/.

The current research is limited by the fact that the population sample consisted entirely of those being treated for psychological issues. It is quite possible that individuals with existing mental health problems might be more susceptible to outside influences such as getting enough sun exposure. However, none of the subjects had been diagnosed with seasonal affective disorder (SAD), which is a form of depression with cyclical symptoms that begin in the fall and proceed through the winter.

What’s more, a 2002 study at the Baker Heart Research Institute found that our brains release more serotonin—the hormone that makes us feel happy—when we are out on sunny days than on cloudy days.3 Lambert, G.W.; et al. “Effect of sunlight and season on serotonin turnover in the brain.” Lancet. 7 December 2002. Accessed 17 November 2016. http://www.ncbi.nlm.nih.gov/pubmed/12480364. We also know that exposure to sunlight helps our bodies produce adequate amounts of vitamin D, and deficiencies in vitamin D have been tied to depression and lack of energy.

The takeaway here is that we all need time outside in the sunshine. It doesn’t matter how cold the temperature is; just bundle up and go for a walk. Even 15 or 20 minutes should help improve your mood. Make sure you skip the sunblock so you can absorb some of those rays of light to jumpstart vitamin D production. And, of course, walking is better than simply going outside and sitting. Besides, you will stay warmer if you’re moving, and exercise has been shown to bolster mental health and reduce depression better than pharmaceutical medications.

It may not always be easy to squeeze it in when it is pitch black outside by 5 pm. But even if it means waking up a bit earlier than usual to take a walk first thing in the morning or going at lunchtime rather than spending an hour chatting with your coworkers, it’s important to fit some outdoor time into your schedule. And on those occasions that you just can’t make it outside during daylight, at least try to get a window seat at your office. A 2014 study at Northwestern University in Chicago showed that people who work near a window sleep more soundly, have more energy, and enjoy a better quality of life than their windowless coworkers.4 Boubekri, Mohamed; et al. “Impact of Windows and Daylight Exposure on Overall Health and Sleep Quality of Office Workers: A Case-Control Pilot Study.” Journal of Clinical Sleep Medicine. 15 June 2014. Accessed 17 November 2016. http://www.ncbi.nlm.nih.gov/pmc/articles/PMC4031400/.