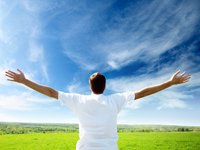 Choosing to live in a sunny locale offers a number of advantages.  Beautiful blue skies can improve the mood and help create the ideal environment for spending time in active outdoor pursuits, vastly improving children’s health. They can help protect you from Seasonal Affective Disorder.  And now, researchers may have discovered another benefit to inhabiting a region with lots of sunshine.  It appears that sunny areas may have a lower rate of attention-deficit/hyperactivity disorder (ADHD) than areas with less regular sunshine do.

The study, which was conducted at Utrecht University in Nijmegen, Netherlands, found that exposure to sunlight may play a role in lowering the risk of developing ADHD.1 Goodman, Brenda. “Sunny Regions Reflect Lower ADHD Rates: Study.” WebMD. 29 October 2013. Accessed 6 November 2013. http://www.webmd.com/add-adhd/news/20131029/sunny-regions-reflect-lower-adhd-rates-study   The scientists plotted out the number of cases of ADHD that had been diagnosed by state in the United States and regionally in nine additional countries.  They then measured the ADHD rates against the typical concentration of sunlight in each of the areas annually.

Throughout all of the countries included in the research, the sunniest regions were found to have approximately 50 percent lower rates of ADHD diagnoses than did the regions with the least regular sunshine.  It was such a pronounced difference that it could be lined up on a map.  The areas of the U.S. with the most solar intensity were the Western and Southwestern states of California, Arizona, Nevada, Colorado, Utah, and New Mexico.  Each of these states has a rate of ADHD diagnoses that falls between six and eight percent.  In contrast, the states with the lowest concentration of sunshine, including areas of the northernmost part of the nation, had rates of ADHD diagnoses of anywhere from 10 to 14 percent.

To control for other factors that might affect the rates of ADHD in a given region, the researchers took into account such dynamics as socioeconomic levels, children’s health, and the prevalence of low birth weight babies.  In addition, they considered the number of males to females, since 13.2 percent of boys are diagnosed with ADHD at some point, while only 5.6 percent of girls receive this diagnosis, according to the Centers for Disease Control and Prevention.2 “Attention-Deficit/Hyperactivity Disorder.” Centers for Disease Control and Prevention. 13 May 2013. Accessed 8 November 2013. http://www.cdc.gov/ncbddd/adhd/data.html   Even after these possible influences were incorporated into the findings, the sunlight-ADHD link remained evident and apparent.  In contrast, when the researchers tried to similarly align their maps of sunny areas with a lower frequency of autism and depression diagnoses, no connection could be established.

Living in a sunny climate was shown in this study to have an association with lower rates of ADHD, but the study was not set up to prove cause and effect.  That may simply mean that the science behind how the sun helps is not yet clear.  One possibility is that the increased production of vitamin D due to greater sun exposure offers some level of protection from ADHD.  However, the scientists in the current study discounted this because earlier research disproved it.  But vitamin D is often not well understood, and it has been found to benefit the immune system and brain functions as we age, so it is certainly feasible that this may be part of the puzzle.

In the meantime, ADHD diagnoses have risen dramatically in the last 10 years in the United States.  Approximately 6.4 million children across America have been diagnosed with this condition, which reflects a 41 percent increase from the early 2000s to today.3 Schwarz, Alan and Cohen, Sarah. “A.D.H.D. Seen in 11% of U.S. Children as Diagnoses Rise.” New York Times. 31 March 2013. Accessed 8 November 2013. http://www.nytimes.com/2013/04/01/health/more-diagnoses-of-hyperactivity-causing-concern.html   And two-thirds of the kids with ADHD are put on prescription drugs such as Adderall or Ritalin, which are highly addictive and may produce side effects that include mood swings, sleep disturbances, loss of appetite, and more.

While living in a sunny place is definitely preferable to taking daily pharmaceutical medication to manage ADHD, you don’t need to put your home on the market just yet.  According to other mental health articles and a 2010 study at Michigan State University in East Lansing, as many as a million children in the U.S. may have been misdiagnosed with ADHD, simply because of their age and immaturity.4 Elder, Todd E. “The importance of relative standards in ADHD diagnoses: Evidence based on exact birth dates.” Journal of Health Economics. September 2010.  (Accessed 8 Nov 2013.) http://www.sciencedirect.com/science/article/pii/S0167629610000755   So you might want to consider taking your child for a second, or even third, opinion before accepting this particular diagnosis as fact.