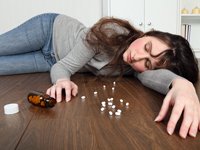 “Little kids, little problems; big kids, big problems,” is a common refrain among parents of teens, especially when they are talking to other parents who are complaining about the difficulty of caring for a baby or active toddler.  It is hard for relatively inexperienced mothers and fathers to understand until they themselves have older children.  Because along with the perks like finally getting to sleep through the night come many pitfalls, such as worrying about possible drug use.  New research suggests these concerns are well founded, since the number of kids developing a prescription drug abuse habit appears to be growing.

The study, based on a joint Partnership at Drugfree.org and MetLife Foundation survey conducted across the United States in 2012, found some very unsettling results, including that 24 percent of high school students actually admit to prescription drug abuse.1 Mozes, Alan. “Prescription Drug Abuse Up Among Teens: Survey.” WebMD. 23 April 2013. Accessed 29 April 2013. http://www.webmd.com/parenting/news/20130423/prescription-drug-abuse-up-among-us-teens-survey   The subjects were 3,900 students in ninth through twelfth grade at various public, private, or parochial high schools.  In addition, more than 800 of their parents also took part in the interview process, which was conducted at their homes.

The finding that 24 percent of these teenagers admitted to abusing prescription drugs not meant for them represents a 33 percent increase over a similar 2008 survey.  And 20 percent of those who have abused prescription medications report starting their experimentation before they were even 14 years old.  Thirteen percent of the overall participants said they had tried using either Ritalin or Adderall that had been prescribed for someone else at least on one occasion.  Compared to the painkillers and anti-depressants lining so many medicine cabinets these days, the drugs intended to help those with attention deficit/hyperactivity disorder may seem tame, but they can still produce serious side effects including mood swings, sleep disturbances, and loss of appetite.2 Collingwood, Jane. “Side Effects of ADHD Medications.” Psych Central. Accessed 30 April 2013. http://psychcentral.com/lib/2010/side-effects-of-adhd-medications As a side note, while Adderall is considered more addictive, Ritalin has more adverse side effects, particularly during long-term use. And remember, the numbers cited only refer to those high school students who actually admitted to what they were doing.

Another part of the problem seems to be a misconception that prescription drugs are somehow less risky to use than those purchased from a drug dealer in some alley.  Approximately 27 percent of the kids who had abused prescription meds stated that these kinds of drugs are a safer alternative to a street drug such as cocaine.  And maybe that perception comes from the slippery slope greased by massive advertising dollars spent to promote the wonderful benefits of so many pharmaceutical products.  After all, with ADHD meds touted for improving focus and academic abilities, there are plenty of people of all ages who believe that they can be used to boost brain power, ADHD diagnosis or not.  However, a 2010 study at the University of Pennsylvania in Philadelphia found that those who took the supposed “smart drug” Adderall performed no better on tests of cognitive function.3 Melnick, Meredith. “Adderall May Not Make You Smarter, But It Makes You Think You Are.” Time. 21 December 2010. Accessed 30 April 2013. http://healthland.time.com/2010/12/21/adderall-may-not-make-you-smarter-but-it-makes-you-think-you-are In other words, we’re talking addiction and health risks in exchange for imaginary benefits.

That segues right into a belief that it is just fine to take a medication prescribed for someone else if it may bring relief from an illness or injury you have, which was the response of 33 percent of the teens.  And this notion is shared by their parents, 20 percent of whom reported that they had given their teenager a prescription drug from their medicine cabinet at home when they thought it would help.  The study found that parents just don’t discuss the dangers of these pharmaceutical drugs as they do the dangers of using heroin or even alcohol.

So maybe it’s time that parents started taking their heads out of the sand and acknowledging that prescription drugs can be every bit as addictive and harmful as street drugs.  A 2011 study at the University of Michigan in Ann Arbor found that after marijuana, Vicodin and Adderall were the two most commonly abused drugs among students in twelfth grade.4 “Topics in Brief: Prescription Drug Abuse.” National Institute on Drug Abuse. December 2011. Accessed 30 April 2013. http://www.drugabuse.gov/publications/topics-in-brief/prescription-drug-abuse   A good place for parents to begin is their very own stockpile of medications so quickly prescribed by many doctors for everything from aches and pains to anxiety to trouble sleeping.  After all, 56 percent of the kids participating in this research said they were getting these drugs right out of their own homes.  If the pharmaceuticals are not there, it would be much more difficult for many of these kids to begin abusing these drugs.  An ounce of prevention is definitely worth a pound of cure, because once your child develops an addiction, it is a long road to recovery. 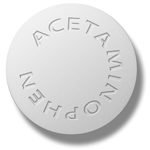