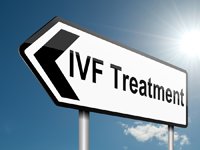 “Children are a great comfort in your old age–and they help you reach it faster, too.”     — Lionel Kauffman

Many a comedian has mined the exploits of parenthood for material to use in their routines, and the gist is often about how the stress of childrearing can shave years off of your life.  Although it is said that the best comedy is funny because it rings true, there is new research that now suggests, at least in this case, that logic may not apply.

According to a study that took place at Aarhus University in Denmark, couples who wish to have a child but can’t conceive may be more likely to die at a younger age than their peers with children.1 Agerbo, Esben, et al. “Childlessness, parental mortality and psychiatric illness: a natural experiment based on in vitro fertility treatment and adoption.” Journal of Epidemiology & Community Health. 5 December 2012. Accessed 11 December 2012. http://jech.bmj.com/content/early/2012/11/08/jech-2012-201387.abstract?sid=1aa5dc2b-518c-4d83-817a-52c337864c26   Over an 11-year period from 1994 through 2005, the researchers followed 21,276 couples who had no children but had signed on to receive in-vitro fertilization (IVF) to help them conceive.

The population registers showed that over the course of those 11 years, 15,149 children were born to the couples who had begun treatment with IVF.  In the same time period, 96 women and 220 men involved in the study died.  The researchers collected all of this data and found that the women in the group who had not given birth to a child had four times the chance of expiring prematurely due to certain forms of cancer, an accident, or cardiovascular disease than those women in the trial who had become mothers.

Interestingly, while the men were also affected by this phenomenon, becoming a parent was not nearly as significant fatality-wise as it was for the women.  The men were determined to be approximately twice as likely to experience an early death when their dreams of fatherhood went unfulfilled as compared to their peers in the study who had children.

However, even if the authors can make a case that is statistically sound for four times the female fatalities and twice the male fatalities, they are talking about a pool of only 316 in the entire study who died.  And that’s over the course of the entire 11 years.  So even if the sample size of the research is nice and large, those numbers are still representative of only a very tiny percentage of the whole.  That means that even if the risk of dying young is increased to some extent, it is still incredibly low.

Plus, this is not necessarily a group representative of the population at large.  Yes, many young couples experience fertility problems.  But they do not all seek IVF as the solution.  Some make lifestyle changes, try fertility medications, or consider adoption as an alternative. Denmark is somewhat unusual as compared to most countries since IVF treatment is covered with no cost to its citizens. That might explain why so many couples there are quick to undergo the procedure.  In fact, Denmark has the most IVF treatments of any country in Europe, and approximately eight percent of the nation’s babies are born via assistive technology.2 Tabke, Erika. “Denmark: Europe’s IVF Hotspot.” IVF Connections. 22 December 2009. Accessed 12 December 2012. http://www.ivfconnections.com/forums/content.php/212-Denmark-Europe-s-IVF-Hotspot
Then again, another factor not considered was the possibility of an underlying medical issue that both made IVF ineffective in the short term and led to a higher mortality rate long term. It would also have been informative to see the statistics for those parents who were childless by choice. If they had lower mortality rates, it would point strongly to mental factors being responsible for the higher mortality rates in those who tried and failed.

It may be possible that–particularly given this atmosphere in Denmark with so many babies conceived through the help of IVF–those who cannot become pregnant end up facing some form of depression.  The researchers didn’t seem to note finding any link to a higher suicide rate among those infertile partners who had no children, but that is far from the only indicator of depression.  It is well established that in addition to health issues, such as sleep disorders, lower resistance to illness, cardiovascular conditions,3 Foltz-Gray, Dorothy. “How Depression Hurts Your Health.” Lifescript. 11 October 2012. Accessed 12 December 2012. http://www.lifescript.com/health/centers/depression/articles/10_ways_depression_hurts_your_health.aspx and the development of diabetes,4 Mann, Denise. “New Links Seen Between Depression and Diabetes.” WebMD. 22 November 2010. Accessed 12 December 2012. http://www.webmd.com/depression/news/20101122/new-links-seen-between-depression-and-diabetes depression is directly tied to higher mortality rates.  So perhaps there is an elevated risk for a small segment of those who might want a child badly and end up with depression instead.

If that’s the case, pharmaceutical drugs to combat depression are not the answer.  Besides offering a range of side effects including constipation, headaches, weight gain, loss of libido, and anxiety,5 Tyrell, Mark. “Side Effects of Antidepressants.” Clinical Depression. Accessed 12 December 2012. http://www.clinical-depression.co.uk/dlp/treating-depression/side-effects-of-antidepressants/. they don’t work very well.  Exercise works at least as well as antidepressants.  Even meditation is just as effective. And if you feel you need to take something, try the nutritional approach. Except in the cases of extreme depression, it too works as well — and without the side effects.

6 Ways to Give More Compliments