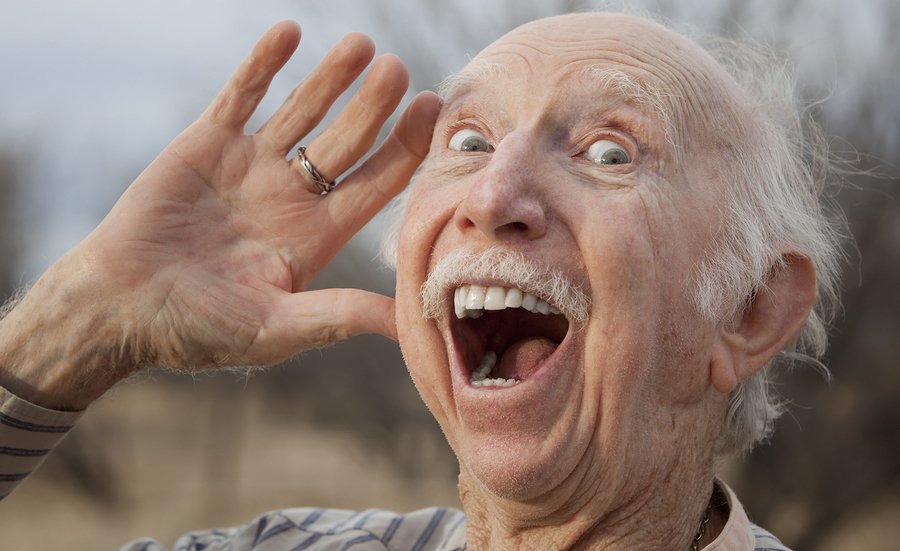 Getting older typically comes with a lot of little annoyances. At some point, you may notice that the small print in a magazine or on a menu is getting difficult to read. Perhaps you experience pain in your knees or hips when you’re jogging now. Or it could be that you tend to gain weight around your midsection more than when you were younger. It might be easy to let all of these things bother you and get you down. But new research suggests that it’s important to focus on the positive aspects of your life instead because that might be a key factor in preventing cognitive decline over the years.

The study, which took place at the Yale School of Public Health in New Haven, Connecticut, found that keeping a positive attitude about getting older may help people avoid developing dementia.1 Levy, Becca R.; et al. “Positive age beliefs protect against dementia even among elders with high-risk gene.” PLoS One. 7 February 2018. Accessed 11 February 2018. http://journals.plos.org/plosone/article?id=10.1371/journal.pone.0191004. These results are based on an investigation that included 4,765 men and women who were 60 or older. None of these subjects showed any signs of dementia when the research began.

Each of the participants answered questions designed to explore their feelings about their own aging. An example of the type of statement they were asked to consider and agree or disagree with is, “The older I get, the more useless I feel.” Their response provided information to the researchers as to that individual’s concept of their own aging as well as how they believe they are regarded by society.

After evaluating their responses and comparing this data to the subjects’ medical records, the investigators discovered that among those with a positive outlook on aging, 2.6 percent developed dementia over the following four years. In contrast, among those with negative views on aging, 4.6 percent received a dementia diagnosis. That difference adds up to a nearly 44 percent lower risk of dementia for people who hold more affirmative beliefs about getting older.

What’s more, there were 1,250 volunteers who are carriers of a gene known as APOE4, which is known to increase dementia risk in older people. For this specific population, the impact of attitude was found to be even more substantial. Interestingly, among the APOE4 carriers with a positive outlook, 2.7 percent—only one-tenth of a percentage point higher than non-carriers—were diagnosed with dementia in the four years they were tracked, compared to a considerably larger 6.1 percent of the carriers with a negative outlook.

The findings held steady after the investigators controlled for potentially influential factors such as age, race, level of education attained, memory skills at the start of the study, and pre-existing conditions like diabetes. The study was not designed to prove cause and effect, but it did establish an association between positive views on aging and a lower risk of dementia.

Of course, this doesn’t mean that if you complain about getting older you will end up with dementia. But it adds to an increasing body of evidence that our minds play an important role in our health and being happy and optimistic can improve our lives both mentally and physically. A 2008 study at the University of Pittsburgh showed that optimistic people over 50 were 14 percent more likely to be alive eight years later and nine percent less likely to develop heart disease. 2 Tindle, Hilary A.; et al. “Optimism, Hostility and Incident Coronary Heart Disease and Mortality in the Women’s Health Initiative.” Circulation. 28 October 2008. Accessed 12 February 2018. http://circ.ahajournals.org/content/118/Suppl_18/S_1145.4. Jon Barron has discussed this connection for years, including a chapter entitled, “The Thought that Kills” in his book Lessons from the Miracle Doctors.

How can you improve your outlook if you’re not naturally a sunny person? Spend just a few minutes each day focusing on all of the blessings in your life and write down five things that you’re thankful for to get the most out of this activity. Add exercise to your daily routine if you’re not already working out. Physical activity triggers the release of endorphins that help us feel good and provide a mood boost. Keep your mind challenged too. You can lower your risk of dementia by taking up hobbies at any age, learning new skills, doing crossword puzzles, and listening to classical music. And make sure to hang out with positive people. Studies have shown that happiness is contagious.