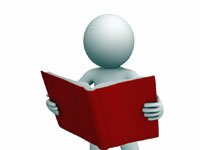 “Reading is a basic tool in the living of a good life.” –Joseph Addison

The next time you are tempted to watch television for a few mindless hours, put down the remote and curl up with a book instead.  In addition to enriching your vocabulary and expanding your imagination, new research has discovered that reading an exciting novel may physically improve the function of your brain.

The study, which took place at Emory University in Atlanta, Georgia, found that certain areas of the brain experienced heightened connectivity and quantifiable changes after reading a book.1 Jivanda, Tomas. “Brain function ‘boosted for days after reading a novel’.” The Independent. 28 December 2013. 9 January 2014. http://www.independent.co.uk/news/science/brain-function-boosted-for-days-after-reading-a-novel-9028302.html. Plus, these differences were shown to actually endure for several days after the novel had been completed.  The subjects were 21 college students, both male and female.  Each of them was provided the same novel to read.  The selection was Pompeii, a thriller written by Robert Harris that was chosen because it revolves around an exciting, fast-paced storyline. We’re not talking War and Peace here.

For a period of 19 days, the participants were asked to read a portion of the novel during the evening.  Each morning, the researchers performed functional magnetic resonance imaging (fMRI) scans on the brains of the volunteers.  This is a particular method of MRI that is used to pinpoint and measure specific types of brain activity.  At the end of the study, the testing continued for five mornings after the subjects had finished the book.  The scans showed a measurable change in the left temporal lobe of the cerebral cortex.

This region is involved in language comprehension and is the area primarily responsible for sensory input processing.  The temporal lobe is the portion of the brain from which grounded cognition is believed to arise.  Grounded cognition is the brain’s ability to focus on an experience to the point at which you can perceive yourself to be in the middle of that experience.  In the case of this research, it would involve subjects putting themselves in the place of the novel’s protagonist as he is taking part in the narrative’s events.  However, since the study only followed up with the subjects for five days after the book was completed, it is impossible to know when this effect begins to ebb, if at all. Then again, there’s nothing to stop the subjects from continuing to read on a regular basis.

The small size of the experiment and limited age range of the participants does open the door to further questions.  Would these findings be replicated if the population sample involved were significantly larger?  Would the scans differ more if a wide variation in ages had been included?  Perhaps these neurons are more responsive in relatively young people than they might be in older individuals. Then again, as we’ve seen before, older neurons appear to be quite open to stimulation.  It is also pertinent whether all kinds of books would provide the same brain reaction.  Further research is certainly necessary to build on the evidence compiled so far.

But in the meantime, becoming engrossed in a novel appears to be a pretty good way to accomplish a few tasks all at once.  Aside from its potential benefits in improving the brain’s functionality, reading can be a great way to relax and rid yourself of some stress and anxiety at the end of the day.  Reading is a much better bedtime activity than focusing on the screen of a computer, phone, or television as so many people do late at night these days.  But you will want to read an actual book as opposed to reading on a Kindle or iPad. A 2011 National Sleep Foundation poll found that the light emitted by these devices can disturb our delicate internal clocks, leading to insomnia and daytime sleepiness.2 “Annual Sleep in America Poll Exploring Connections with Communications Technology Use and Sleep.” National Sleep Foundation. 7 March 2011. 10 January 2014. http://www.sleepfoundation.org/article/press-release/annual-sleep-america-poll-exploring-connections-communications-technology-use-

In addition to finding a good book to read, there are other ways to help boost your mental capacity.  Doing crossword puzzles, meditation, and playing a musical instrument are all activities that have been associated with flexing the brain and lowering the risk of developing dementia as we age. These activities can actually grow brain cells. It’s really a matter of finding one or more of these pastimes that you truly enjoy doing and then doing it regularly to increasing your chances of developing a fit and healthy brain.