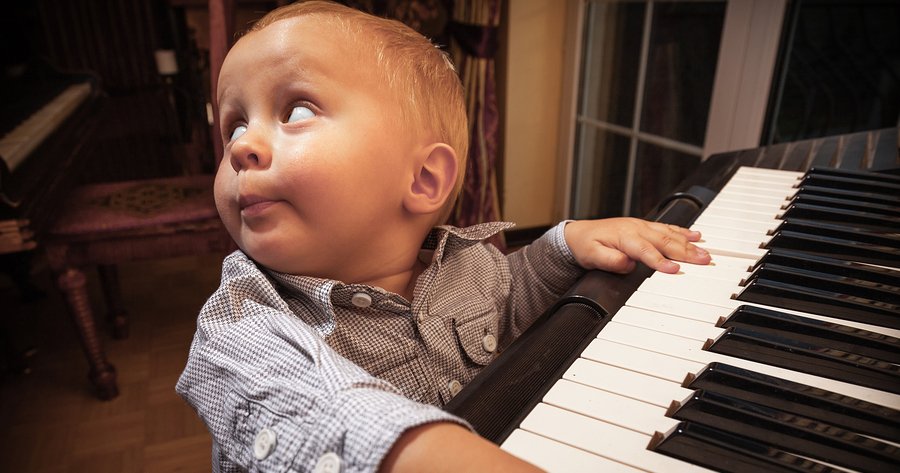 The latest research reveals that after studying a musical instrument for at least three years, elementary school kids not only trounced their peers in tests of auditory discrimination and finger dexterity, but they also outperformed them in both verbal ability and non-verbal reasoning, as measured by IQ tests.

As schools around the country continue to axe music programs because the funding has dried up, new studies keep coming out showing that music makes kids (and adults) smarter, healthier, and happier. The latest research, just published in the Harvard journal PLoS ONE, reveals that after studying a musical instrument for at least three years, elementary school kids not only trounced their peers in tests of auditory discrimination and finger dexterity, but they also outperformed them in both verbal ability and non-verbal reasoning, as measured by IQ tests. Even more, the longer and more consistently the kids had been playing their instruments, the higher their scores.

The study focused on 41 children, aged 8 to 11, who played either the piano or a stringed instrument, and compared them to 18 children who had not taken instrumental lessons. Kids in both groups participated in general music classes at school for 30 minutes a week, but the instrument-playing kids also took private lessons for at least 45 minutes weekly and spent time practicing at home. The young musicians scored an average of 15 percent higher on verbal skills and 11 percent higher in tests of spatial relations when compared to their peers.

The researchers admit that there’s a chicken/egg question here: does musical training actually boost intelligence, or is that those kids who stick with musical training already have greater capacity than their peers? As lead researcher Ellen Winner says, “It could be that kids who are better at these skills to begin with are the ones who stick with music training. So if I’m a really smart kid I’m more likely to stick with music training.” Although the researchers don’t mention it, it’s also possible that those who play an instrument have more support at home and therefore more exposure to other mind-expanding opportunities than those who eschew lessons.

Can Musical Study Change the Brain?

But there’s enough preexisting evidence to support the probability that it’s the music that amps up the smarts and not the reverse. For instance, a 2004 study found that cardiac rehabilitation patients who listened to music while exercising increased their verbal fluency scores. Another study that same year found more gray matter in the auditory cortex of musicians compared to non-musicians, which the researchers believed came as a result of practicing music. A 2003 study discovered that children who took instrument lessons performed significantly better on verbal memory tests than the control group. Research out of Canada in 2006 found that the brain develops differently in children who receive even a year of musical training, and that those children have superior memory capacity and cognitive ability. And a 2007 study found that adults who had completed at least three years of musical training before the age of 12 had far more linguistic capacity when compared to non-musicians. The researchers in that case found that the musically trained subjects had changes in their brain stems — the part of the brain that controls breathing and heartbeat. These studies and others add hard evidence to the argument that musical study actually changes the brain.

Other research shows that music not only makes people more likely candidates for Mensa, but also, it seems to enhance immune function, mental health, and healing from disease — even if all you do is just listen to it. A study out of the University of Baltimore found that when participants listened to music that made them feel joyful, their blood vessels dilated by 26 percent, potentially leading to improved cardiovascular function and lowered blood pressure.  An October study found that participants who listened to music while exercising increased their endurance by 15 percent. A 2007 German study found that listening to music helped stroke patients recover motor skills. And research in 2006 discovered that listening to music can reduce chronic pain and depression by up to 25 percent.

The upshot? Keep taking your gingko and antioxidants, but mix them with a generous dose of Bach. If you have young kids, encourage them to take up an instrument while their brains are still developing. And as for you, it couldn’t hurt to take up the fiddle, the flute, or the Jew’s harp. At the least, you’ll improve your finger dexterity and possibly your ability to do crosswords; at the worst, you’ll alienate a few neighbors who can’t deal with your noisy learning curve.