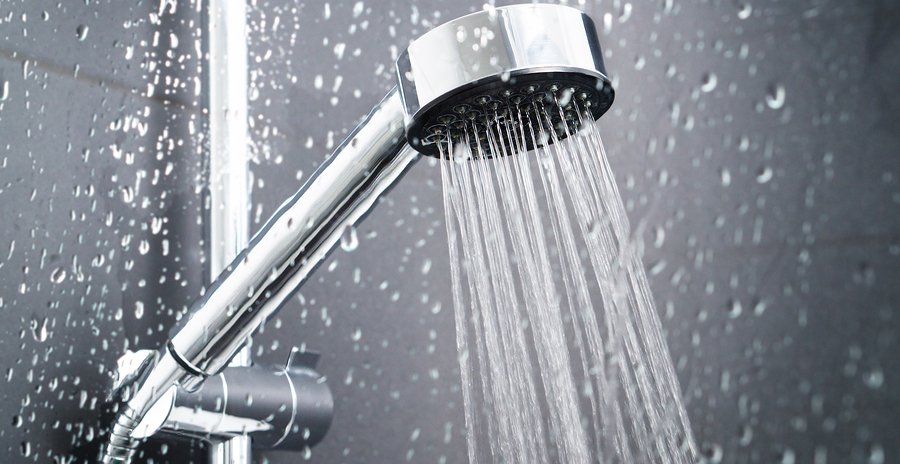 If you consider yourself to be a pretty good housekeeper, then you probably focus a lot of your effort on certain areas of your home. Chances are, you are familiar with the places germs can lurk, particularly around the kitchen and bathroom. And let’s face it, the bathroom can be especially challenging, between scrubbing the toilet bowl, fighting off mold and soap scum in the bathtub or shower, and keeping the toothbrushes as far as possible from practically everything else. But there is one part of the bathroom that you likely never think to clean, and according to new research, it may be literally raining germs on you.

The study, which took place at the Cooperative Institute for Research in Environmental Sciences at the University of Colorado Boulder, found that home showerheads can be a huge source of bacteria that is then sprayed upon people every time they step into the shower to, ironically enough, get clean.1 Gebert, Matthew J.; et al. “Ecological Analyses of Mycobacteria in Showerhead Biofilms and Their Relevance to Human Health.” mBio. 30 October 2018. Accessed 11 November 2018. http://mbio.asm.org/content/9/5/e01614-18. These results are based on an examination of samples of water collected from showerheads in 656 homes throughout the United States and Europe.

By analyzing the germs present in the showerheads, and therefore being projected onto the occupant of the shower each time it is used, the investigators discovered that there were notable geographic differences in the bacteria colonies. This is significant because one of the most worrying issues was abundant populations of mycobacteria in certain regions of America. And those areas are precisely where nontuberculosis mycobacterial (NTM) lung infections occur most frequently, including Florida, New York, and Southern California. Individuals infected by this germ may experience respiratory inflammation, coughing, shortness of breath, fatigue, and weight loss.

NTM are mycobacteria found throughout nature in water and soil. There are over 180 different species and subspecies—most of which do not seem to cause human disease except in individuals who are susceptible. Exposure to NTM while taking a shower can lead to them entering the lungs. In most individuals, the NTM organisms are cleared from the lungs naturally and do not cause infection. In some people, however, the organism infects the airways and lung tissue leading to disease. This causes inflammation in the respiratory system. Without treatment, many of those people will develop a progressive lung infection characterized by a cough, shortness of breath, fatigue, and weight loss. There are over 80,000 people with NTM pulmonary disease in the United States, with a much higher frequency in older adults. Severe NTM lung disease can have a significant impact on health.

It makes sense that many forms of bacteria would flourish in water systems and within showerheads due to the moist environment created there. But we also should keep in mind that there is no need to overreact as most of the bacteria living in our showerheads are not harmful and germs of various kinds are all over our bodies, throughout our homes, and just about everywhere we go. Most of the time, they have little effect on us and don’t make us sick.

Interestingly, the researchers found that the type of water treatment provided in differing areas significantly influenced the bacterial growth in showerheads. Homes in the U.S. and Europe that received well water had far lower concentrations of mycobacteria than those whose water came from a municipal water supply. And when chlorine disinfectants were used in the water system, greater concentrations of the mycobacteria were present. This is not surprising since chlorinated water has long been associated with lung problems such as asthma. A 2008 study at the Catholic University of Louvain in Belgium showed that adults who spent the most time swimming in chlorinated pools in their youth had five times the rate of asthma as those who stayed out of the pools. Yet another reason to remove chlorine from your water after it arrives at your house—and before you use it.

But returning to the mycobacteria in our showerheads, they are not necessarily a major problem for most of us. Most people living in the regions that tend to have large mycobacteria populations in their showerheads will probably not be affected unless they have a pre-existing chronic condition or compromised immune system. However, even healthy individuals can occasionally fall prey to germs such as mycobacteria when their bodies are fighting other illnesses or experiencing the effects of prolonged stress. That said, if you show any signs of starting to develop a chronic lung infection, go see your doctor immediately, before the situation becomes severe and chronic.

Ultimately, this study serves as a good reminder to add our showerheads to our regular cleaning routine. And, since bacteria will still build up in your showerhead just because of the wet environment it provides, you also might want to consider a home water filtration system that treats all water coming into your house to prevent the chemicals and bacteria that grow in the presence of those chemicals from making their way onto your skin. To learn more about what to look for in a water filtration system (as well as what else may be lurking in your water supply), read Jon Barron’s article “What to Do About Pharmaceutical Drugs in Your Water.” 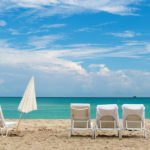