If you long for those summers of youth spent splashing in pools, here’s something to deflate your nostalgia. A new study has found a powerful link between time children spend in outdoor chlorinated pools and the development of asthma. The study, out of Catholic University of Louvain in Belgium, tested 847 teenagers. The researchers found that even after controlling for other factors such as exposure to smoking and pollution, the subjects who had spent the most time in outdoor pools as children had by far the highest incidence of asthma. In fact, those who swam once a week over a ten-year period had five times the rate of asthma compared to those who had stayed out of pools. The more time kids spent in pools, the greater the chance that they would develop asthma. The researchers also found that swimming in pools before the age of seven led to an increased rate of cat and dust allergies.

The link between asthma and chlorine has been known for some time, but until now, scientists thought that outdoor pools were relatively safe. They had assumed that chlorine evaporated when exposed to the air, as compared to indoor pools, where chlorine fumes would be trapped. And so, earlier studies focused on indoor pools. The same research team found, in 2006, that chlorine in indoor pools raised asthma risk by two to three times, and that exposure to chlorine damaged the lung epithelium in children. In fact, the lung damage sustained by children who spent an average of 1.8 hours weekly in pools was equivalent to that experienced by heavy smokers. And the kids in the study averaged age 10!

Now this new study shows that outdoor pools offer no safe harbor and that chlorine vapors actually remain on the water’s surface instead of evaporating. According to study director Alfred Bernard, “We see that the risk of the outdoor pool is equal and even higher than indoor pools because children tend to spend longer in outdoor pools and they are more chlorinated.”

Certainly concerns about the chlorine-asthma connection should carry weight, given that the rate of asthma has increased by more than 50 percent in developed countries in the last 25 years, with about 150 million people in the world suffering from the condition. But chlorine causes more health problems than asthma alone. A study earlier this year found that chlorine in drinking water doubles the risk of birth defects. Chlorine can cause skin and sinus irritations, and it can lead to loss of weight in body organs. But most significant of all, it’s one of the most vicious carcinogens out there.

As I wrote way back in 1999, in Lessons from the Miracle Doctors, “According to the U.S. Council on Environmental Quality, the cancer risk among people drinking chlorinated water is 93% higher than among those whose water does not contain chlorine. There is a higher incidence of cancer of the esophagus, rectum, breast, and larynx and a higher incidence of Hodgkin’s disease among those drinking chlorinated water.”

Basically, while chlorine may work as a disinfectant — its benefits are at least somewhat compromised by the fact that it’s simultaneously a potent poison. (Check this page on how to treat chlorine poisoning.) And unfortunately, it’s a poison that’s omnipresent in our environment. At least you can choose to stay out of swimming pools — but chlorine is still added to 98 percent of the US public drinking water supply. Most of us get a daily dose of chlorine through drinking tap water or hot beverages made with tap water, through showering (we absorb more chlorine into our bodies from taking a 15-minute shower than we do from drinking eight glasses of chlorinated water), and from using cleaning products containing chlorine bleach.

Look, chlorine is here to stay. It prevents the spread of diseases such as cholera. But that doesn’t mean you should drink or bathe in that water as it comes from the tap. You absolutely want to remove the chlorine from the water that you drink and bathe in. Minimize your exposure to chlorine-based cleaning products and toilet disinfectants, and if you love to swim in pools, find one that uses an alternative to chlorine. The alternatives are out there — including ozone and ultraviolet technologies; oxygen, copper, zinc and silver purification systems; natural salt (which converts to chlorine, but in much lower concentrations); safer biguanide chemicals, and moss (yes, moss!). 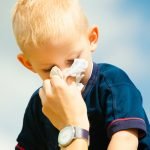 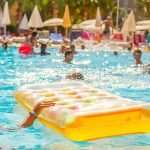