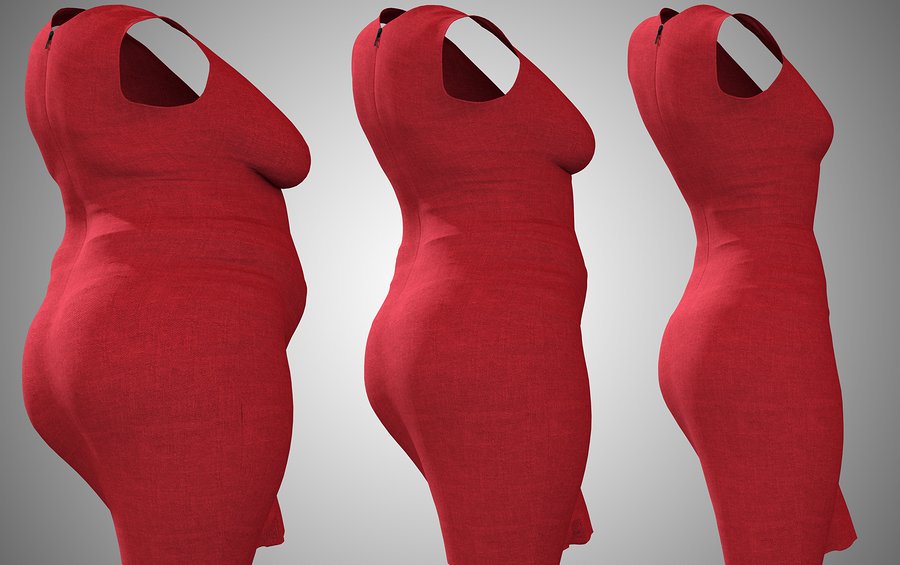 Obesity is a well-known risk factor for many kinds of cancer. So, if your weight is in the normal range and you’re not even close to obese, you might think you are relatively safe. But are you really? It turns out that new research shows that, for at least one form of cancer, just having a little excess body fat might be a more important predictor than weight.

The study, which was conducted at the Sandra and Edward Meyer Cancer Center at Weill Cornell Medicine in New York, found that older women who have higher levels of body fat may have an increased risk of developing breast cancer, even if their body mass index is in the normal range.1 Iyengar, Neil M.; et al. “Association of Body Fat and Risk of Breast Cancer in Postmenopausal Women With Normal Body Mass Index.” JAMA Oncology. 6 December 2018. Accessed 12 December 2018. http://jamanetwork.com/journals/jamaoncology/article-abstract/2717235. These results are based on an investigation that included 3,460 American women ranging in age from 50 to 79 who had participated in the Women’s Health Initiative, a long-term series of trials involving older women.

Upon beginning their involvement in the Women’s Health Initiative, each of the subjects underwent dual-energy x-ray absorptiometry to determine their body fat composition, as well as standard physical examinations. They had all completed menopause prior to the start of the research.

Can Location of Body Fat Matter?

An increase in whole-body fat mass of five kilograms (or roughly 11 pounds) was determined to be linked with a 35 percent higher risk of ER-positive breast cancer. Even worse, when that same five kilograms of fat mass was concentrated in the trunk, or distributed around the torso, the increase in risk jumped by 56 percent.

These findings are a good reminder that while our overall weight is very important, it is not the only factor influencing our health. A 2016 study at the University of Manitoba in Canada showed that a high body fat percentage can contribute to a higher risk of mortality in both men and women, even when an individual’s BMI falls between 18.5 and 24.9, which is considered a healthy weight.2 Padwal, Raj; et al. “Relationship Among Body Fat Percentage, Body Mass Index, and All-Cause Mortality: A Cohort Study.” Annals of Internal Medicine. 19 April 2016. Accessed 13 December 2018. http://annals.org/aim/article-abstract/2499472/relationship-among-body-fat-percentage-body-mass-index-all-cause#. And we also know that fat that accumulates in the trunk or abdominal area is especially risky. A 2014 study at the Mayo Clinic in Rochester, Minnesota found that having a large waist circumference increased the risk of developing cardiovascular disease, respiratory illnesses, and cancer.

What’s more, breast cancer of the kind evaluated in the current research is estrogen dependent, which means the malignant cells are likely receiving signals from hormones that influence their growth. And excess fat is linked to higher levels of estrogen, potentially both causing and worsening the condition.

Ultimately, if you are a woman, it pays to get rid of your extra body fat, particularly if you tend to store it around your midsection. While the study focused on older women who had already undergone menopause, younger women would certainly benefit from a reduction in body fat as well. To achieve that, you need to make dietary changes to lower your daily calorie intake and curb your consumption of unhealthy fats and sugars.

At the same time, you should be exercising every day. Not only can regular workouts help you burn calories and reduce your body fat, but research has shown that women who do a greater amount of physical activity, and aerobic training in particular, have lower estrogen levels. So, get moving to lower your risk of breast cancer and a host of other conditions as well.