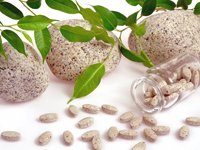 Although people may not know the exact numbers, they are aware that the food that is sold in markets today is less nutritious than it was 50 years ago.

Why we need to supplement

There was a time when it took a lot of arguing to convince people that they need some kind of vitamin/mineral supplement. Not so anymore. Although people may not know the exact numbers, they are aware that the food that is sold in markets today is less nutritious than it was 50 years ago. For example:

When you think about it, it doesn’t take a rocket scientist to figure out what’s happened. We’ve exchanged quality for quantity. You can’t keep increasing your yield per acre, at the same time steadily depleting your soil year after year, and not expect to lose something in the process. And what’s been lost is the quality of our food.

The bottom line is that if you live in any industrialized country in the world today, you must supplement to maintain your health — to reduce the risk of cancer, heart disease, degenerative diseases of all kinds, retard the aging process, and protect against toxic injury.

What kind of supplements should you take?

You would think that supplementation would be pretty easy. Figure out just where people are likely to be deficient; then make a pill that supplements for those suspected deficiencies — sort of a one-a-day multiple-vitamin kind of thing. Determining the best supplement to take would then be a simple job of reading the label.

Unfortunately, it’s not that simple. There are actually several problems.

Actually, vitamins can be classified as either: totally natural, co-natural, or synthetic.

Co-natural vitamins are derived from vegetable and animal source through the use of solvent extraction, distillation, hydrolysis, or crystallization — but, by definition, haven’t undergone any conversion or chemical alteration during the extraction process. However, analysis reveals that most co-natural vitamins contain substantial amounts of chemical residues such as hexane — the result of the extraction process. They also contain all kinds of preservatives and additives. And the amazing thing is that none of these chemicals and additives appear on the label. All you see is “Vitamin A” or “Niacinamide.” The labels NEVER show the other nonsense that comes along with these vitamins.
As non-optimal as they may be, however, co-natural vitamins are nevertheless far superior to synthetic vitamins.

Synthetic vitamins can be derived from either natural or chemical sources. What makes them synthetic is that they undergo a process of “conversion,” either as a result of the extraction process or as the result of pure chemical buildup. Synthetics are, at best, about 50% as effective as natural vitamins and may actually suppress the body’s ability to absorb the natural portion of the vitamin.

What you actually get in the store

Another surprise is that the term organic, when applied to supplements, does not mean the same thing as it does with food. For supplements, all the word organic means is that the molecule contains at least one carbon atom (as in organic chemistry). In other words, a supplement can be labeled 100% organic and not be natural at all.

Many so-called natural vitamins have synthetics added to “increase potency,” or to standardize the amount in a capsule or batch. Many vitamins also add a synthetic salt form of the vitamin to increase stability. These synthetics are easily identified by the terms acetate, bitartrate, chloride, gluconate, hydrochloride, nitrate, and succinate.

Modern medicine refuses to define the human body as a holistic entity, but rather as a grouping of separate parts and pieces. Not surprisingly, that same paradigm has been applied to nutrition. In other words, modern nutrition is based on the concept that key nutrients can be identified and isolated. Unfortunately, the reality is quite different.

I could go on and on giving examples, such as the B vitamins and vitamin E, where science has continually come up short in identifying the key factors that make it all work. The bottom line, though, is that in nature, vitamins do not exist in isolation; they exist in molecularly bound in complexes.

And here’s a final thought for you. Although it is conceivable that science may someday identify all of the key nutrients contained in nature so that we don’t keep finding out what nutrients we forgot to include, it is an absolute impossibility that science will ever identify how all of these nutrients interact with and support each other. The mathematical possibilities are just too immense.In the end, we will find that there are literally thousands of nutrients that our bodies require to remain healthy, and the possibilities for the synergistic interaction of all of these nutrients is astronomical. (As I’ve already mentioned there are some 400 carotenoids alone that have already been identified — just in one carrot. And each day there are new phytochemicals (not to mention whole new classes of phytochemicals) and brand new antioxidants being identified and added to the list.

So the question remains, what’s the best overall (one-a-day kind of thing) supplement? The best way to look at the question of an overall supplement is to break it into three categories: Optimum, Acceptable, and Avoid at all costs.

Avoid At All Costs

Supplements made from synthetics are not an option. At their best, they are only 50% as effective as a natural vitamin. At their worst, they actually may carry harmful side effects.

It’s possible to find high quality vitamin/mineral supplements at the health food store that use only co-natural vitamins and no synthetics. The problem with supplements BASED on co-naturals is that they can never be complete (they don’t contain the full vitamin/mineral complexes), and they rely on megadoses to overcome this deficiency.

A good choice is to use concentrated “food-based” vitamin complexes. Such supplements will contain concentrated forms of liver, yeast, and wheat germ for example.

Watch out for fillers. Superfoods are expensive, and many manufacturers cheat their formulas down by adding large amounts of things such as non-stabilized rice bran and lecithin. Also, it’s important to make sure that your superfood provides good sources for the B vitamins and for vitamin D.

For years, it was thought that edible seaweeds, fermented soya foods, and spirulina contained high levels of B12. They don’t. What they contain are B12 analogues (chemical lookalikes) which your body cannot use. You’ll need another source of B12.

Recent studies have found that more than half of all people have too little vitamin D in their bodies. The big surprise was that 1/3 of those who were deficient were taking vitamin D isolate supplements. Make sure your superfood provides adequate amounts of real vitamin D — and get some sunlight on your body.

Best choice at this time

At this point in time, the best supplements are actually “grown” using a live, biodynamic growing process that results in organic food matrix supplements.

Make no mistake. This type of multivitamin/mineral formula is unlike most other supplements you have ever used. Supplements made this way are easily the most body-friendly vitamin/mineral supplement you can find and provide optimum levels of nutrition, while avoiding the problems associated with the mega-dosing of synthetic and co-natural vitamins.

There are several companies that manufacture this type of supplement. All produce good quality product, but some are better than others. Some actually energy balance their supplements, using an energy that can be quantified and seen in Kirlian (or energy field) photographs.

The first picture shows one of the largest selling “Natural” multivitamins in the world. Notice how the tablet in the center projects so little energy that it is almost invisible. 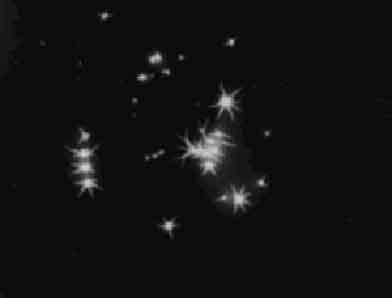 In the second picture, we see a top selling “Chelated” multivitamin in a whole food concentrate. Here we see the tablet in the center projecting a small, unbalanced energy field. 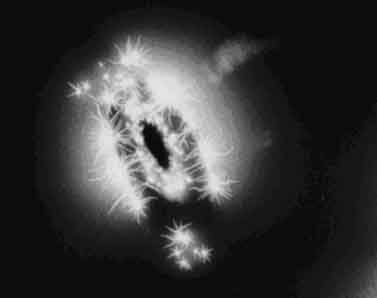 And finally, in the third picture, we see a bio-dyamincally grown, energy balanced tablet putting out such a strong and coherent energy field that it literally obscures the tablet in the center. This is your best choice in multivitamin/mineral formulas at this time. 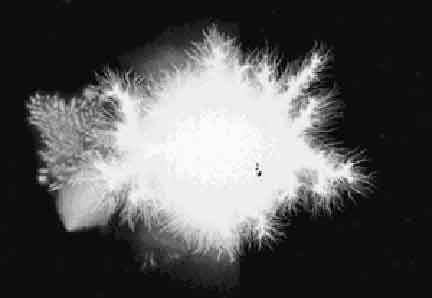