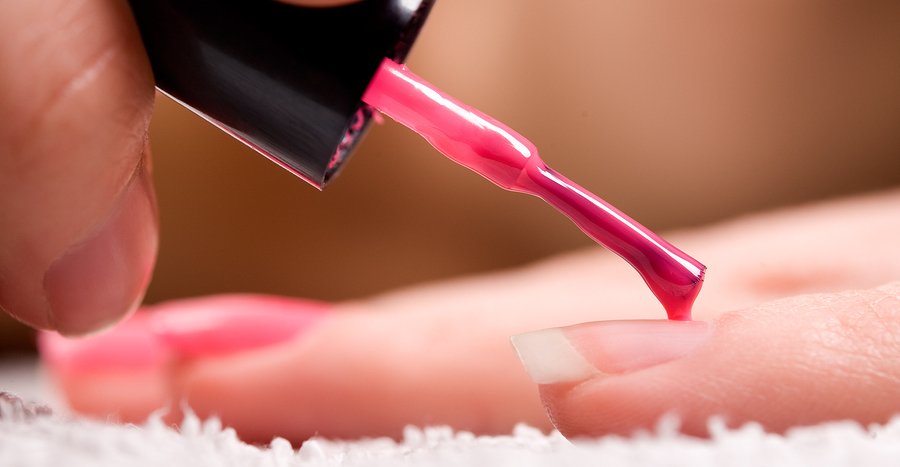 When you think of the hazards of being beautiful, what comes to mind is likely painfully thin models or trying to walk in six-inch stiletto heels. What probably would never cross your mind is going for your weekly manicure. Yet even if you are careful and only stick with certain safe brands of nail polish, you could be exposing yourself to toxic chemicals according to new research.

The study, which took place at Harvard University in Cambridge, Massachusetts, found that even many nail polish formulations that promote their exclusion of multiple hazardous chemicals may contain others that are equally harmful.1 Young, Anna S.; et al. “Phthalate and Organophosphate Plasticizers in Nail Polish: Evaluation of Labels and Ingredients.” Environmental Science & Technology. 10 October 2018. Accessed 14 October 2018. http://pubs.acs.org/doi/10.1021/acs.est.8b04495. These results are based on an analysis of 40 bottles of nail polish manufactured by 12 different brands.

As awareness of the toxicity of many chemicals rose in the early 2000s, some nail polish brands started indicating on their labels that the product was “three-free,” meaning it did not contain what were known hazards at the time. These chemicals were dibutyl phthalate, a plasticizer that improves the texture of polish; toluene, a solvent that maintains polish consistency; and formaldehyde, which helps polish harden. Dibutyl phthalate is associated with reproductive issues, toluene is a nervous system and developmental disruptor, and formaldehyde is a carcinogen that has been linked to cancer. All the polishes evaluated in the study were clearly labeled to show that they did not contain these specific harmful chemicals and others.

To give a sense of the scope of the problem and the number of chemicals involved, there are now polishes labeled “five-free,” “10-free,” and “13-free.” Unfortunately, there is little Food and Drug Administration oversight of the ingredients used in nail polishes and no approval is required before they can be sold to the public.

The current research zeroed in on this lapse, as well as the fact that while labels may claim to be free of many harmful chemicals, they do not necessarily specify which ones have been removed. To that end, the investigators evaluated the contents of the 40 polishes they had purchased and discovered a number of problems.

In many cases, when a nail polish was free of one of the toxins, it had simply been replaced by a similar chemical that served the same function, making it equally harmful. Interestingly, the three- and five-free polishes tended to have the same chemicals eliminated from their formulas, but the 10-free and 13-free products were inconsistent as to which chemicals were removed. And while not a single polish tested was found to contain dibutyl phthalate, quite a few of the samples contained one or two different plasticizers that have a similar level of toxicity. Even more duplicitously, one of the polishes tested positive for a plasticizer that it specifically pronounced was not in its formula.

Before you swear off manicures forever, there are a few things to consider. Samples were not drawn from every brand of polish, so there may be some that do a better job of excluding harmful chemicals. Unfortunately, the brands of the products selected for the research were not provided. What’s more, two of those included are among the most popular polish brands, and together they make up 15 percent of the market. Therefore, chances are good if you wear polish, you may have worn a brand that was included.

While there hasn’t been much research on just how readily these chemicals are absorbed by the body through our nails, what has been shown is disturbing. A 2016 study at Duke University in Durham, North Carolina found that 10 to 14 hours after painting their nails, women’s bodies had metabolized triphenyl phosphate, another endocrine disrupting chemical, and their levels increased by close to seven times what they had been prior to exposure.2 Mendelsohn, Emma; et al. “Nail polish as a source of exposure to triphenyl phosphate.” Environment International. January 2016. Accessed 15 October 2018. http://www.sciencedirect.com/science/article/pii/S0160412015300714#

The fact is that many of these chemicals are known to contribute to problems in the nervous and reproductive systems and potentially increase the chance of developing cancer. So, while it is probably fine to wear nail polish occasionally, regular manicures may not be worth the risk. Plus, if you get them done at a salon, you may be subjected to fumes during your visit, not to mention UV lights to dry polishes more rapidly that give off radiation that can cause skin cancer. Ultimately, a nicely filed and buffed look is likely the healthiest way to go.