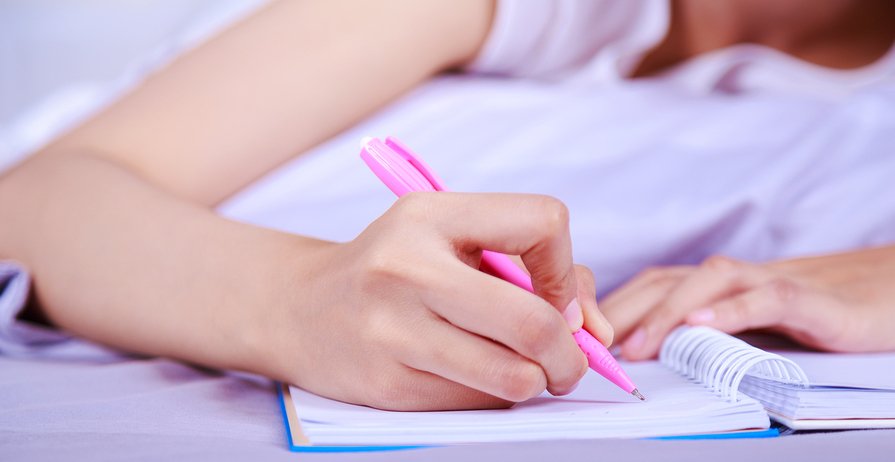 We all know that getting a good night’s sleep is essential for our health, but unfortunately for many of us, it does not happen on a regular basis. For some people, the problem stems from staying up too late to watch television or scrolling through the latest posts on social media. In other cases, however, it has less to do with devices and more to do with having trouble freeing your mind of all of the things going on in your life. If that’s your issue, we have very good news for you. New research suggests that there’s a surprisingly simple solution that might improve your slumber every night.

The study, which took place at Baylor University in Waco, Texas, found that people who write up a to-do list before going to bed of all the tasks they need to accomplish in the near future tend to fall asleep more quickly than those who don’t create such a list.1 Scullin, Michael K.; et al. “The effects of bedtime writing on difficulty falling asleep: A polysomnographic study comparing to-do lists and completed activity lists.” Journal of Experimental Psychology. January 2018. Accessed 21 January 2018. http://psycnet.apa.org/record/2017-47677-001. That’s it; it’s that simple. These results are based on an experiment conducted in a sleep lab with 57 healthy male and female subjects between the ages of 18 and 30.

They were randomly divided into two groups. One group was instructed to write down a list of everything they needed to get accomplished in the following day or so. The second group was instructed to write down all of the things they had gotten done over the previous few days. The investigation was designed this way in order to directly compare placing the focus on tasks that needed to be completed versus tasks that had been completed to see which might ease the mind more.

After their writing assignment was complete, the participants remained in the sleep lab for the night. A weeknight was chosen specifically so the researchers could prevent weekend schedules from wreaking havoc on sleeping habits, as well as because busier days often mean more unfinished tasks during the week.

The volunteers were given a strict bedtime of 10:30 the night of the testing and were not permitted to do any work or use technology after that hour. Each of the subjects was monitored overnight by polysomnography, a diagnostic evaluation that measures brain waves, heart rate, breathing, blood oxygen levels, eye movements, and leg motion to record pertinent information about sleep.

Those who created to-do lists fell asleep nine minutes faster than their counterparts who had instead listed their recently completed tasks. And the more precise the to-do lists they made, the faster the subjects dozed off. While nine minutes might not seem like it would make a world of difference in your nightly slumber, it is actually quite a bit faster than the half hour many pharmaceutical sleep aids typically take. And we certainly know that making a list is a lot safer than using medications such as Ambien, Lunesta, and Sonata that are associated with side effects such as dizziness, diarrhea, burning sensations in the arms or legs, headaches, hallucinations, and death. A 2012 study at the Scripps Clinic in La Jolla, California showed that even very infrequent use of sleeping pills can up the risk of death by 3.5 times.2 Kripke, Daniel F.; et al. “Hypnotics’ association with mortality or cancer: a matched cohort study.” BMJ Open. 1 January 2012. Accessed 22 January 2018. http://bmjopen.bmj.com/content/2/1/e000850.

The current study did have shortcomings, including its small size and the fact that it was strictly controlled in a sleep lab. The conditions just cannot mimic those of real life, especially when there is an enforced bedtime and no use of electronic devices whatsoever allowed. Unfortunately, not many people these days get to bed without time in front of their televisions, laptops, or cell phones.

And that brings up an important point about what we might need to do at bedtime in order to really promote better sleep. As hard as it may be, it’s essential to disconnect yourself from screen time before bed. Shut the television and do a final check of email and social media sites at least 30 minutes prior to hitting the sack. The light emitted from these devices prevents your body from releasing enough melatonin and also increases your feelings of alertness. And getting sufficient sleep is vital to your health, as lack of it has been linked to obesity, immune system difficulties, and diabetes.

Take a note from the current research and give the to-do list a try as well. In fact, you might want to mark that down on today’s to-do list so you don’t forget. While it’s nice to note everything we’ve already accomplished, it can actually be more of a relief to your brain to know that you’re aware of what needs to be done and ready to tackle the tasks the next day.