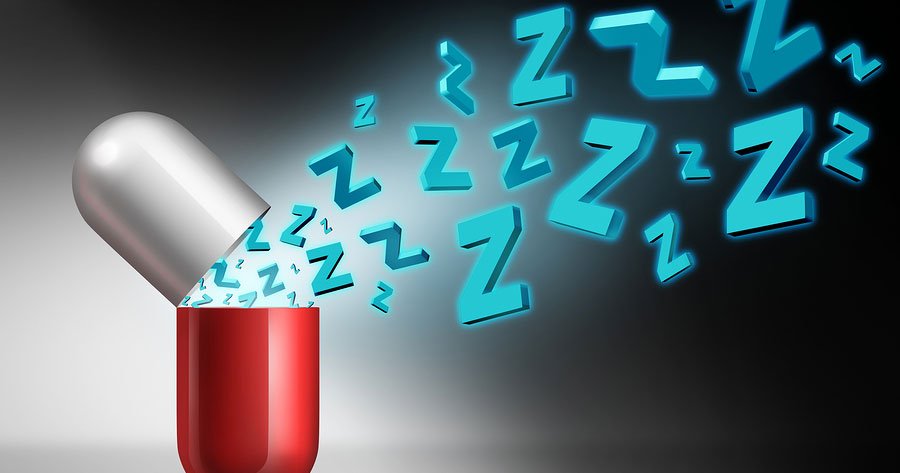 If you’ve never had an Ambien prescription, consider yourself as much a dinosaur as those remaining holdouts who still don’t have a smart phone. Given how many of us suffer from insomnia — about one in every four adults — it’s no surprise that up to 20 percent of the population is taking sleeping medications at any time.1 The insomnia rate is even higher among women — up to 60 percent, with 30 percent on sleeping pills.2 As of 2008, 56 million people in the US had sleeping pill prescriptions.3  In fact, the global market for sleeping pills has been escalating each year, doubling between 2000 and 2004, and projections show it will reap nine billion in sales by the year 2015.4

But while the popularity of sleeping pills might lead you to believe that they stop the tossing and turning, they certainly do garner some problems. Not only do they come complete with some worrisome and even bizarre side effects like sleep walking and sleep driving and even sleep sex, but according to a new study out of the Scripps Clinic in La Jolla, California, they up the risk of death, and not just by a little.5 In fact, you have a five times greater mortality risk if you take sleeping pills regularly. You also have a 35 percent better chance of getting cancer. The study found that even very occasional use, like one pill a year, ups the risk of death by a startling 3.5 times. Makes counting sheep seem a lot more attractive, yes?

Study director Dr. Daniel Kripke says, “We are not certain. But it looks like sleeping pills could be as risky as smoking cigarettes. It looks much more dangerous to take these pills than to treat insomnia another way.”

The study involved more than 36,000 people, one-third of whom took “hypnotic” sleeping pills during the course of the research. Hypnotics include pharmaceuticals that induce sleep, such as Ambien, Restoril, Sonata, Lunesta, Dalmane, barbiturates, and some older incarnations of antihistamines. Substances that simply promote relaxation, like melatonin, don’t fall into this category. After the two-and-a-half year period of the study, the mortality rate among those who hadn’t taken sleeping pills was 1.2 percent. In that same timeframe, those who had a prescription for sleeping pills had a 6.1 percent death rate. That rate translates to half a million deaths each year from sleeping pills.

The report did not elaborate the causes of death, other than cancer, but Dr. Kripke points out that hypnotics increase the incidence of accidents when not fully awake, interactions with alcohol and other drugs, infections, ulcers and gastrointestinal issues, and depression and sleep apnea, which can up the rate of heart problems, diabetes, and suicide.

Lots of critics dismiss the study, saying in order for the study to be valid, it would need to compare a group of insomniacs taking sleeping pills with those taking a placebo.  They also say that other factors could have been at play, pointing out that people who have insomnia may have underlying conditions that keep them from sleeping — diabetes, for instance, or cancer, or even sleep apnea which comes from cardiovascular problems.

“You cannot assume, just because you find this kind of association, that hypnotics are killing people,” says Dr. Nancy Collop, MD, president of the American Academy of Sleep Medicine. “People who go on sleeping pills are a sicker population. I know they tried to control for that, but these people simply are not as healthy.”

Dr. Collop may have a point, but on the other hand, as she notes, the study authors did control for pre-existing illnesses. Also, the director of the study, Dr. Kripke, has been studying this same phenomenon since 1975, and in the intervening years, he’s published 18 other studies that show much the same thing: sleeping pills provoke higher death rates. He’s also done previous rodent studies that show a link between sleeping pills, chromosomal damage, and higher cancer rates. In any event, it makes sense that doctors would defend sleeping pills given their penchant for over-relying on medications to soothe patient problems simply because they don’t know what else to do.

But in fact, there are other treatments for insomnia, treatments that don’t raise the same questions of risk. And the truth is, sleeping pills rarely promote a restful night of solid sleep, anyway. Jon Barron has noted before an Australian study that discovered that sleeping pills help people to fall asleep, on average, only about 12.8 minutes faster than with a placebo — and get about 11.4 minutes more sleep per night. That’s not much of a gain, given the risks.

One radical new approach being tested in Australia is “Intensive Sleep Retraining.6” This approach locks patients up in a windowless room for 25 hours and prevents them from sleeping. Every time they start to doze, the researchers wake them up. A recent study with 79 individuals found that the approach worked for 61 percent of the subjects, who not only slept after the study, but managed to steer clear of insomnia in the six-month follow-up, too.

Better yet, follow recommendations Jon Barron has made in the past when addressing the issue of sleeplessness. You’ll not only get a better night of sleep by following his lifestyle suggestions, but you’ll feel better when awake, too — and that’s not something Ambien can claim.