How Insufficient Sleep Affects Your Marriage and Health 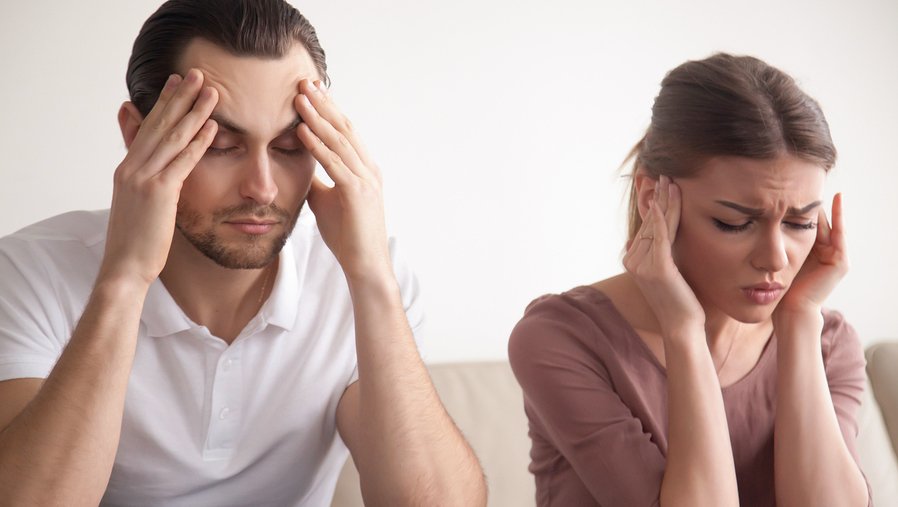 When you don’t get enough sleep, chances are pretty good that you are a little cranky the next day. Unfortunately, we often take our less-than-wonderful moods out on those closest to us—namely, our significant others—even if we don’t mean to. But if this happens to you on a fairly regular basis, it would be worth your while to change the pattern. New research suggests that this particular combination of lack of sleep and arguing can be detrimental to your health over the long term.

The study, which was conducted at Ohio State University in Columbus, found that fighting with your spouse after a poor night’s sleep is associated with increased levels of inflammation that can contribute to a variety of diseases.1 Wilson, Stephanie, J.; et al. “Shortened sleep fuels inflammatory responses to marital conflict: Emotion regulation matters.” Psychoneuroendocrinology. May 2017. Accessed 9 July 2017. http://www.psyneuen-journal.com/article/S0306-4530(16)30516-9/abstract. Since earlier investigations such as a 2010 study at Harvard Medical School in Boston, Massachusetts showed that frequent sleep loss is linked to systemic inflammation,2 Mullington, Janet M.; et al. “Sleep Loss and Inflammation.” Best Practice & Research in Clinical Endocrinology & Metabolism. October 2010. Accessed 9 July 2017. http://www.ncbi.nlm.nih.gov/pmc/articles/PMC3548567/. the researchers involved in the current study were interested in determining whether a night or two of poor sleep would affect inflammation levels, which can be a factor in stroke, heart disease, and cancer.

They recruited 43 married couples and requested that they pay an early morning visit to the laboratory to provide blood samples. The timing was important since the effects of a night of insufficient sleep would be most pronounced soon after waking. However, the results were surprising: inflammation levels did not appear to be notably higher in those who reported getting less sleep.

The second part of the experiment then involved encouraging the partners who were there for their morning visit to discuss a troublesome topic, such as their in-laws, money issues, or communication problems. After the inevitable arguing that this activity prompted, the investigators once again drew blood samples. At this point, immediately following a marital spat, levels of inflammation markers were found to be distinctly higher in the subjects who had not gotten enough sleep the previous night.

What’s more, the greater the amount of sleep lost, the greater the inflammation present. For each hour less of sleep, the volunteers’ levels of two particular markers of inflammation—interleukin-6 (IL-6) and tumor necrosis factor-alpha (TNF-a)—were increased by an average of six percent. Therefore, a night or two of reduced sleep in itself might not necessarily be harmful, but combine that with an argument at home, and it appears to contribute to bodily damage.

And it seems that lack of sleep adds fuel to many arguments. The less slumber a participant had, the more intense their fight. In cases in which both of the spouses slept for fewer than seven hours the two preceding nights, the conversation was much more likely to turn hostile. That, in turn, raised inflammation levels even more than the six percent previously noted. Partners who verbally attacked their spouse or used other negative forms of communication had a jump of approximately 10 percent in inflammation for each missing hour of sleep.

While the research was not designed to prove cause and effect, it certainly did demonstrate a connection among lack of sleep, arguing, and higher inflammation levels. And this is a huge potential problem since the majority of adults do not reach the seven to nine hours a night that is recommended by the National Sleep Foundation. In fact, a Centers for Disease Control and Prevention survey shows that only about 65 percent of American adults typically sleep seven hours a night or longer.3 “Getting Enough Sleep?” Centers for Disease Control and Prevention. 23 February 2016. Accessed 10 July 2017. http://www.cdc.gov/features/getting-enough-sleep/index.html.

So what can you do to prevent this vicious cycle of insufficient sleep, fighting, and inflammation from undoing your marriage and your health? Start by making sure you get a good night’s sleep as often as possible. That means avoiding caffeine after noon and limiting screen exposure before bed, both of which have been found to have an adverse effect on sleep quality. You also need to reset your priorities to make sure you are ready to go to sleep at an early enough hour.

As for arguing, you can employ techniques that may help you avoid it. Count to 10 before you answer so you can think about your response instead of potentially flying off the handle. Suggest tabling a discussion until later in the day if you think it might turn ugly in the morning when you’re both tired. Also, if you feel an argument coming on, you can ask yourself if you’re really upset with your partner or is it just the lack of sleep talking. And make yourself give your partner a hug and kiss before you go your separate ways for the day—even if you’re feeling annoyed—because you don’t want to hold on to that anger for hours.