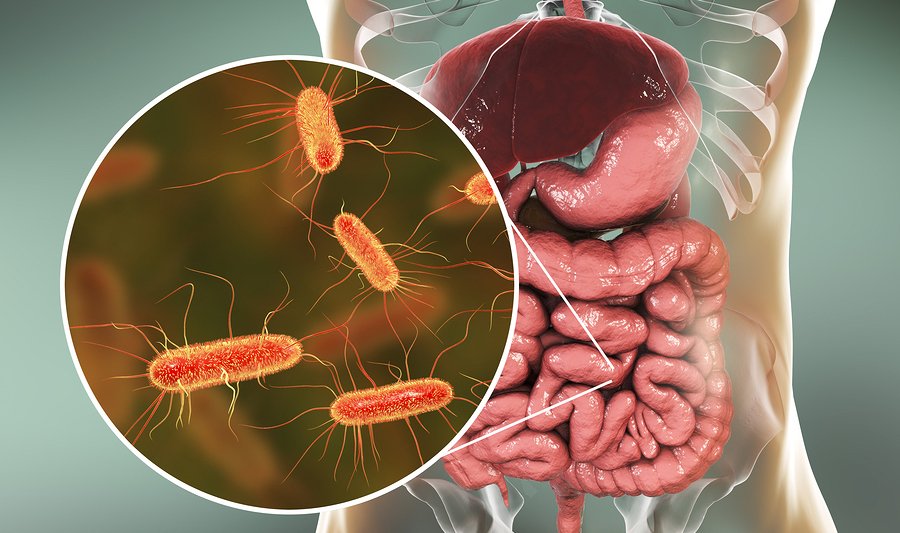 Did you ever notice that for some people losing weight seems relatively easy, while for others, even shedding just a couple of pounds is a struggle? You might think that the former group is simply more dedicated to the task than the latter group, and if you are careful to stick with a low-calorie diet the pounds will come off. But new research suggests that there could be more to it than that, with the successful dieters being helped along by the bacteria in their gut.

The study, which was conducted at the Mayo Clinic in Rochester, Minnesota, found that the presence of specific gut bacteria may be either a help or a hindrance to weight-loss efforts.1 Muniz Pedrogo, David A.; et al. “Gut Microbial Carbohydrate Metabolism Hinders Weight Loss in Overweight Adults Undergoing Lifestyle Intervention With a Volumetric Diet.” Mayo Clinic Proceedings. August 2018. Accessed 15 August 2018. http://www.mayoclinicproceedings.org/article/S0025-6196(18)30148-4/abstract. These results are based on an investigation involving 26 men and women between the ages of 18 and 65. They were overweight or obese and taking part in a lifestyle intervention program intended to help them lose weight.

All of the subjects were provided with a low-calorie eating plan to maintain for three months. In addition, weight and body mass index were recorded and stool samples were taken to analyze the bacteria in their digestive systems both at the start of the study and again after this three-month period. The volunteers who had reduced their body weight by at least five percent had different gut microbes than their peers who lost less than five percent of their body weight.

Those who had lost a greater percentage of their body weight were found to have greater amounts of the gut bacteria Phascolarctobacterium. On the other hand, a different gut bacteria, Dialister, was noted to be plentiful in those who lost the smallest percentages of body weight.

Why would the presence of a certain bacteria in our digestive systems help us lose weight more efficiently (or make it more difficult, for that matter)? Part of the reason is that these microbes living in our bodies can actually produce calories and increase our daily caloric intake to some extent. Bacteria digest some parts of the foods that our bodies cannot. But in the process of consuming our undigested food particles, the bacteria create byproducts that humans do digest, and which provide us with additional calories.

Therefore, it makes sense that certain microbes produce a greater number of calories than others, which could add up to as much as five to 15 percent of our daily calories, according to the investigators. From an evolutionary perspective, that was probably quite beneficial when food sources were often difficult to find. However, nowadays, our food is waiting to be purchased in a supermarket and most of us don’t need any extra calories.

Back to the study, though, we do have to acknowledge that it is flawed by the extremely small population sample included. And another problem it has is that the “gut” bacteria were analyzed in stool samples. Many beneficial bacteria reside in the small intestine rather than the bowel, so we are not getting the clearest picture of which microbes may be present in other areas of the digestive system.

Curiously, this study is similar to one Jon Barron wrote about back in 2007 but with one important difference: both the thinning bacteria (Bacteroidetes) and the fattening bacteria (Firmicutes) identified in the study entirely were different. That’s actually a big difference. Also, as Jon pointed out at the time, you might want to take these studies with a grain of salt. In any case, supplementation will not get you more of the thinning bacteria identified in either study. You would have to opt for fecal implants, which may not be the way you want to go.

Nonetheless, examining the effects of various gut bacteria is a valuable research path that should be further examined. After all, as we learn more about the gut microbiome, we are discovering just how important cultivating colonies of some bacteria are for our health. For example, a 2018 study at Baylor College of Medicine in Houston, Texas showed that gut bacteria work in concert with cells lining the intestines and immune cells to boost the immune system.2 Kim, Myunghoo; et al. “Critical Role for the Microbiota in CX3CR1+ Intestinal Mononuclear Phagocyte Regulation of Intestinal T Cell Responses.” Immunity. 3 July 2018. Accessed 16 August 2018. http://www.cell.com/immunity/fulltext/S1074-7613(18)30245-0#%20.

Ultimately, it is essential to eat a nutritious diet high in nutrients and low in calories. On top of that, we can help good bacteria flourish with regular colon cleanses that can create the right environment for them. And the right probiotic formula will help beneficial bacteria multiply, which sets the stage for optimal immune system functioning and optimized nutritional absorption.