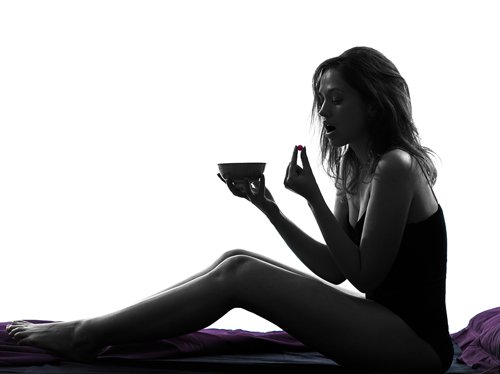 A study recently published in Nature seems to be causing a ripple in the media. In summary, it says that “good” bacteria (from the Phyla Firmicutes, which includes most of the bacteria found in probiotic formulas such as acidophilus) make people fat, whereas “bad” bacteria (Phyla Bacteroidetes) make people lean. To put it in simpler terms: according to the study, when it comes to losing weight, the bacteria that we used to call “good” (L. acidophilus, L. salvarius, L. bulgaricus, L. plantarum, etc) are “bad.” And bacteria that we used to think of as “bad” are in fact “good.” Isn’t that a head spinner?

But it gets even more interesting. In a companion study, they found that the ability to lose weight seems to be transferable — at least in mice — by transferring “bad” bacteria from the bowels of lean mice into fat mice. Based on this study, some medical authorities in the media are predicting a whole new way to treat obesity by transferring “bad ” bacteria into the colons of overweight people. (Don’t think about that too much. It can conjure up some rather unpleasant images.)

Before you panic, though, a quick reality check.

The Study on Bacteria

In essence, the studies found that good bacteria are more efficient at extracting value (including caloric value) from food. That means that if two people eat the same amount of food and exercise the same amount, the individual with more good bacteria will put on more weight. The study reported results on 12 obese patients tracked over a year. Half of the patients were put on a calorie-restricted low-fat diet, and the other half were on a calorie-restricted low-carbohydrate diet. The authors monitored their gut flora by analyzing stool samples. At the beginning of the study, the patients were low on Bacteriodetes bacteria and had higher counts of Firmicutes. But as they lost weight, the proportions in both groups began to shift. Bacteriodetes as a group (not just one or two species), enjoyed a population boom, and Firmicutes dwindled in number. In other words, just cutting calories and losing weight (regardless of the type of diet used) was enough to “favorably” change the ratio of bacteria in the bowel.

So, does that mean you should immediately throw out your probiotic formulas and drink lots of chlorinated water to kill off all the acidophilus in your gut to lose weight? Not necessarily.

Correlation for Obesity is not necessarily cause

In no way do the studies prove that good bacteria cause obesity — only that bacteria populations change as a result of diet, and that bad bacteria limit the value you get from what you eat.

Step back for just a moment and think objectively.

Instead of looking at a couple of isolated studies, step back for a moment and look at the big picture. Obesity is the result of diet and lifestyle choices — of consuming more calories on a daily basis than you burn. In America, 65% of adults are now overweight, and half of those are considered obese. The proportion of children who are overweight has gone from 7% to 15% over the last 20 years, and the proportion of overweight adolescents has risen from 5% to almost 16%. And as the rest of the world adopts the American diet, it’s following closely behind with obesity surging throughout Europe and China. Plain and simple, this is the result of a fast food/snack food diet combined with reduced exercise — not bacteria in the gut.

That said, does that mean the studies are meaningless? Not at all. There’s no question that some intestinal bacteria are better than others at breaking down food and extracting value than others. But (and here’s the million dollar question) is that necessarily a bad thing?

A Perspective in Beneficial Bacteria

Key Points about Obesity and Probiotics