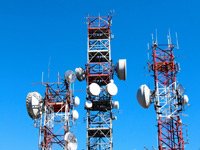 Universities routinely spend millions of dollars running research projects, but recently, a handful of middle-school kids showed what’s possible without a budget.1 Savedge, Jenn. “Student science experiment finds plants won’t grow near WiFi router.” 23 May 2013. Mother Nature Network. 31 May 2013. http://www.mnn.com/health/healthy-spaces/blogs/student-science-experiment-finds-plants-wont-grow-near-wi-fi-router  It started when five ninth-grade girls from Hjalerap School in Denmark noticed that they felt crummy and couldn’t concentrate after sleeping with their cell phones. (And no, sleeping with cell phones isn’t a ‘Danish thing.’ We reported a study from Stanford University a few years ago that found 75% of the 200 students surveyed slept with their cell phones next to them in bed.)

Anyway, their observation gave the girls an idea for a science project. They decided to check just what cell phones did to the human brain that caused the disorganization, but soon, they ran into design problems. The logistics turned out to be too complex and expensive, so instead, they settled on the idea of seeing how WiFi affected plants. They filled 12 trays with seeds from the species Lepidium sativum, which is an edible herb related to watercress. Half the trays went into a room containing no electronic devices, and the other half got plunked down next to two WiFi routers in another room. The girls calculated that the routers emitted the same level of electromagnetic energy as a cell phone.

The students observed the plants for 12 days. At the end, the results were dramatic. The plants in the non-EMF room had prospered. Those situated next to the routers either didn’t grow at all, or worse, they had died.

One might expect that a middle-school project would get dismissed out-of-hand given that the scientists involved were younger than Justin Bieber, but instead, the study caused an unexpected media stir. According to Kim Horsevad, the science teacher who supervised the girls, “This has sparked quite a lively debate in Denmark regarding the potential adverse health-effects from mobile phones and WiFi-equipment.”

The pros, of course, contend that for the results to be valid, they’ll have to be replicated by the big guns at a recognized research facility. Still, the girls did such a good job in designing their study that a professor named Oleg Johanssen at the Karolinska Institute in Sweden has already signed up to repeat their work.

There is some precedent for the experiment. Back in 2010, a parallel study in Denmark also found that plants suffered after exposure to EMF radiation.2 Nosowitz, Dan. “WiFi Radiation is Killing Trees, New Study Finds.” 20 November 2010. PopSci. 30 May 2013. http://www.popsci.com/technology/article/2010-11/wi-fi-radiation-killing-trees After noticing a dramatic spike in the number of trees in Denmark suffering from radiation poisoning–at 70 percent, up from 10 percent just several years earlier–researchers exposed 20 ash trees to high levels of WiFi activity. After three months, the trees showed signs of radiation sickness. Early reports claimed that the trees had bled, grown nodules, became deformed and even died. Later reports said the early intelligence had been exaggerated and that the trees “only” showed substantial leaf damage. In any case, the bottom line was that exposure to WiFi led to sickness.

Naturally, such reports make many of us shudder. If a single router can make plants die, if WiFi makes trees lose leaves, what does it do to those of us who work with wireless technology day after day? For the most part, the scientists don’t seem to share such concerns. They say plant experiments don’t mean much for humans–our leaves won’t turn brown and fall off, for one thing. And anyway, there are only a few studies showing the effects of WiFi radiation on plants–and a few studies don’t constitute “weight of evidence” as far as science goes. You need to duplicate results in study after controlled study.

Certainly the World Health Organization doesn’t think there’s reason for alarm. They write, “In the area of biological effects and medical applications of non-ionizing radiation approximately 25,000 articles have been published over the past 30 years. Despite the feeling of some people that more research needs to be done, scientific knowledge in this area is now more extensive than for most chemicals. Based on a recent in-depth review of the scientific literature, the WHO concluded that current evidence does not confirm the existence of any health consequences from exposure to low-level electromagnetic fields. However, some gaps in knowledge about biological effects exist and need further research.”

Then again, it’s worth remembering what triggered the girls’ experiment in the first place: that they felt crummy and couldn’t concentrate after sleeping with their cell phones.

The fact is that we’re exposed to at least 100 million times more radiation than our predecessors a few generations back, and the number of cell phones and cell towers in use keeps growing. To say that “some gaps in knowledge about biological effects exist” may well be an understatement. We lack long-term studies to guide us in assessing just what wireless technology is doing to our physiology over the course of years. We don’t really know what it’s doing to children.

The question really is–how do we as a society and as individuals respond to those “gaps in knowledge”? Do we assume WiFi is safe because we still don’t have enough “weight of evidence” to prove to the satisfaction of skeptics that the technology causes disease? In Europe, a 2011 report from the EU Committee on the Environment, Agriculture and Local and Regional Affairs called for all wireless technology, including cell phones, to be removed from schools.3 WiFi and mobile phones cause health risks to children.” 15 May 2011. Metro. 30 May 2013. http://metro.co.uk/2011/05/15/wifi-and-mobile-phones-pose-health-risk-to-children-report-11159/ The statement said, “Waiting for high levels of scientific and clinical proof before taking action to prevent well-known risks can lead to very high health and economic costs, as was the case with asbestos, leaded petrol and tobacco.”

In response, more than a dozen countries worldwide restricted mobile phone use by children and dismantled WiFi in schools, returning to wired connections instead. We’ve reported several times in the past on evidence that cell phones and EMFs do, in fact, affect health. If you choose to protect yourself from omnipresent WiFi radiation as it increases in the environment and not to wait for our legislators to impose stricter restrictions, there are some things you can do.

First, you can go wired at home instead of wireless. At the least, keep your cell phone and router far away from you, and don’t sit in front of a wireless computer all day. If you must, you can build what’s called a “Faraday cage,” which repels microwaves.4 “WiFi: are there any health risks?” The Guardian. 31 May 2013. http://www.guardian.co.uk/technology/askjack/2012/sep/27/wi-fi-health-risks It’s simple enough to do: just wrap your mobile devices in aluminum foil. And in fact, some people are now doing this with the high EMF smart meters currently spreading throughout the developed world like bacteria in a Petri dish. The problem is that if it works, you won’t get any signal.

There’s also a substance called orgonite which some swear mitigates the effects of EMF radiation. You can create your own orgonite using easy to find materials. For more information and directions to make your own, check out the orgonite.info website.5 http://www.orgonite.info/ And then, of course, others swear by devices such as Q-Link pendants6 http://www.youtube.com/watch?v=0evIW1Cxngs and scalar generating watches7 http://www.selfcare4you.com/documents/Health-Devices/Teslar-Watch.pdf that promise the same benefit. Given the alternative, let’s hope they actually work. And lest we forget: try not sleeping with your cell phone.