Statins, Side Effects, and You 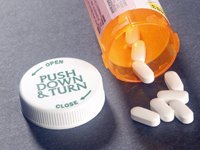 It’s all about spin in the world of politics and, it would seem, pharmaceuticals. A new study just out reports that almost one-fifth of those patients taking statin drugs end up discontinuing the medications due to side effects of statins such as severe muscle pain.1 Shute, Nancy. “Side Effects Prompt Patients to Stop Cholesterol Drugs.” 3 April 2013. NPR. 4 April 2013. http://www.npr.org/blogs/health/2013/04/03/176145911/side-effects-prompt-patients-to-stop-statins-cholesterol Those are disconcerting numbers given that the drug companies have been claiming that only five to ten percent of users will suffer problematic effects–a claim that got the class of drugs approved by the FDA. Considering how the medical community makes such a big deal about the importance of statins for those with high cholesterol, you might imagine those side effects have to be quite pesky or patients wouldn’t stop taking them.

According to the report, the principal complaints noted were severe muscle pain, nausea, liver disease and neurological issues. Keep in mind that statins have been tied to other diseases that develop over the long-haul, like cancer and diabetes. (More on this later.)

Here’s where the spin factor comes in. On first read, the high number of patients suffering side effects would make statins look like a bad deal. But statins rake in more than $26 billion a year, a profit the drug companies can’t afford to lose.2 “FDA Correctly Identifies Risks from Statins.” 10 March 2012. The Morning Call.  4 April 2013. http://articles.mcall.com/2012-03-10/opinion/mc-statin-side-effects-meade-yv–20120310_1_statins-crestor-people-without-heart-disease Maybe that’s why the media is emphasizing not the side effects of statins issue, but the fact that half the patients who stop the drugs start taking them again within a year. And, apparently, most of those patients then stay on the drugs, once they’ve started again, although in many cases they switch to another type of statin.

The pundits have interpreted the return to statins by those who’ve discontinued them as evidence that the side effects aren’t significant or, at the least, are temporary. The Reuters headline announces “Statin side effects can often be overcome: study.”3 Pittman, Genevra. “Statin side effects may be overcome: study.” 1 April 2013. Reuters. 4 April 2013. http://www.reuters.com/article/2013/04/01/us-health-stain-idUSBRE9300KO20130401 Time proclaims, “Side Effects of Statins May be Tolerable.” But let’s take this sunny pronouncement apart.4 Sifferlin, Alexandra. “Side Effects of Statins May be Tolerable.” 4 April 2013. Time Healthland. 4 April 2013. http://healthland.time.com/2013/04/04/side-effects-of-statins-may-be-tolerable

First, a closer look at the study reveals that it wasn’t just 17% but, in fact, it was more than half of all the participants taking statins who stopped their medication during the study period. 5 Zhang, Huabing, MD et al. “Discontinuation of Statins in Routine Care Settings: A Cohort Study.” 2 April 2013. Annals of Internal Medicine. 4 April 2013. http://annals.org/article.aspx?articleid=1671715 That’s 57, 292 patients out of 107,835. What accounts for this discrepancy in interpreting the data? For most of these patients, the reason for discontinuing statins isn’t noted. The study abstract says, “Natural-language–processing tools used to compensate for the low (30%) proportion of reasons for statin discontinuation documented in structured electronic medical record fields are not perfectly accurate.”

What does that mean? It means that 60 percent of the people who stopped taking statins might well have experienced serious side effects, but those people weren’t included in the data because the computer couldn’t interpret what the doctors wrote in their charts. In other words, it’s possible (perhaps even likely) that more than half of the people in the study experienced serious side effects–not just 17%.

The computer did manage to note that 18,772 of those 57,292 patients stopped taking statins at their doctor’s instructions because of “statin-related events.” That language (“statin-related events) makes it sound like the side effects indeed were significant.  Still a closer look reveals that of the 18,772 who had “statin-related events,” only 6,579 went back on statins within a year. Most of that group did remain on statins for the remainder of the study–but the fact is–that group represents only 10 percent (approximately) of the total number of patients who stopped taking statins. You’ve got to wonder what happened to the rest of them.

You particularly have to wonder because, as we’ve reported before, statins can cause permanent structural damage to muscles, among other things. A 2006 study published in The Journal of Pathology reported that virtually all patients who take statins suffer muscle damage as a result. And statins, as mentioned above, have been implicated in other types of health issues, including severe memory loss, nerve damage, trouble talking, nausea, and vertigo. And one particular statin drug, Vytorin, which coincidentally is the statin drug doctors tend to move patients to if they have side effects from other statin drugs, is linked to a fifty percent increased risk of cancer. Plus, in the past few years, research has shown an unequivocal increase in diabetes risk among those taking Lipitor, Crestor, and Zocor.6 Topol, Eric J. “The Diabetes Dilemma for Statin Users.” 4 March 2012. The New York Times. 4 April 2013. http://www.nytimes.com/2012/03/05/opinion/the-diabetes-dilemma-for-statin-users.html?_r=0

In other words, even if some patients find they can tolerate statins after an initial bad experience, over the long haul, the drugs may do significant damage–like causing cancer or diabetes.  Those who can tolerate the drugs may, in fact, have already suffered irreversible muscle damage and may experience ongoing discomfort–but they stay on the drugs because their doctor says they should.

Indeed, it might be worth dealing with the side effects and risks if the drugs actually did what they’re cracked up to do, but as we’ve reported before, the benefits of statins are negligible at best unless you’ve already had a heart attack. While there have been some studies indicating that statins reduce risk for cardiac events and stroke, close investigation reveals that the sunny reports lean toward hyperbole–a fact acknowledged by large segments of the medical community.

For example, a large Lipitor study claimed the drug lowered heart attack risk by 36 percent. But what does that actually mean? If you read the study’s small print, you find that, in actuality, that 36% benefit is extrapolated from the data that showed that 3% of patients taking a sugar pill or placebo had a heart attack compared to 2% of patients taking Lipitor. That means that for every 100 people, three who don’t take Lipitor will have heart attacks; while two who do take it will have heart attacks anyway. In other words, Lipitor prevents only one heart attack per 100 users. That’s 36% vs 1%. It’s all in how you look at the numbers. A Crestor study found similar results, and a parallel study sponsored by the government found taking statins results in no statistically significant health benefit whatsoever in those without preexisting heart disease. Even more, these studies found that in the end, statins do absolutely zilch to improve longevity–though they might prevent an occasional nonfatal problem.

Given how little good the drugs do and how much trouble they cause, it sure doesn’t seem worth it for most people, especially because there are better alternatives. For instance, a 2006 study found that taking statin medications may add a maximum of 3.5 years of life to those with heart problems, but regular physical exercise adds up to five years. And Dr. Barbara Roberts, author of The Truth About Statins, says, “Studies haven’t shown that statins help women who don’t already have heart disease, even if they have risk factors like obesity and family history. That’s compared to a recent study that found a 30 percent reduction in heart attacks in people who follow a Mediterranean diet. You can get just as much benefit from following the Mediterranean diet as you can from statins.”

Finally, as we’ve reported before, laughing confers as much health benefit as do statin drugs.

So here’s the question: do you want to take drugs that can degrade your muscles, degenerate your memory, make you nauseous, and potentially cause diabetes, liver disease, and cancer–or would you rather find a way to laugh every day, eat a healthy Mediterranean diet, and exercise? That’s the question that underlines the Baseline of Health.