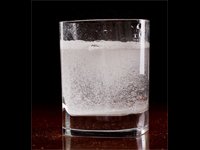 Most doctors are quick to tout the benefits of taking pharmaceutical drugs and all of the wonderful ways they can improve your health. And while natural health remedies can often work wonders, in certain circumstances pharmaceutical drugs can indeed be lifesaving. But anyone willing to look past the glossy spin put on the myriad medications produced by the powerful pharmaceutical industry will see the vast range of side effects and complications to which they have been linked.  And now, to add fuel to that particular fire, new research has found that a number of common medicines are so high in sodium that they can markedly increase a user’s risk of having a stroke or dying.

The study, which was conducted at Ninewells Hospital and Medical School in Dundee, Scotland, discovered that the risk of experiencing a non-fatal stroke is 22 percent greater and the risk of fatality of any kind is 28 percent greater in those who take sodium-laden formulations compared to people who take the same drugs that contain no sodium.1 Healy, Melissa. “Sodium-packed medications raise stroke and death risks.” Los Angeles Times. 26 November 2013. Accessed 4 December 2013. http://www.latimes.com/science/sciencenow/la-sci-sodium-medications-heart-20131126,0,983077.story#axzz2m5MCJpkq   The researchers evaluated pharmaceutical medications by the amount of sodium they contained and found 24 with high levels.  Using a broad database of medical records for patients in the United Kingdom, they pored over information on 1,292,337 people for an average period of more than seven years.

By examining the records, the scientists were able to cross reference all of the subjects who had experienced some sort of cardiovascular event with those who had used the drugs they found to be high in sodium.  During the period of time they evaluated, there were 61,072 participants who had a heart attack, stroke, or died from a cardiovascular cause.  These patients were determined to be approximately 16 percent more likely to be taking the sodium-packed medications than their peers who did not have a heart attack or stroke.  And the findings held consistent even when age, gender, unrelated health issues, and other factors were taken into consideration.

So which kinds of pharmaceutical medicines were highest in sodium?  Often, the culprits were varieties of common medications that had been put in an effervescent, soluble, or powdered form, presumably to make their ingestion a little easier.  The researchers noted that some of these were types of acetaminophen or aspirin pain relievers, metoclopramide (which is used to diminish heartburn and help heal sores brought on by stomach ulcers and gastrointestinal reflux disease), and dietary supplements of calcium and zinc.

There is no government requirement for the pharmaceutical industry to clearly indicate sodium content on their packaging, and needless to say, they don’t.  However, they can’t avoid listing the ingredients of the drugs, so you just have to be aware of which chemical names to look for.  Look for sodium in the list of ingredients. In particular, any medication that contains sodium carbonite or bicarbonite will have high levels of sodium.

Naturally occurring sodium is an important nutrient that is essential to the body for fluid regulation, muscle function, enzyme operations, and more.2 “Health Benefits of Sodium.” Organic Facts. Accessed 6 December 2013. http://www.organicfacts.net/health-benefits/minerals/sodium.html   The problem stems from the fact that most of our sodium comes from refined salt and, as we now see, a number of medications. Unrefined salt is healthier for a number of reasons and is processed by the body differently. Also, natural food sources high in sodium often contain potassium, which can neutralize sodium’s negative effects.  A 2012 study released by the Centers for Disease Control and Prevention suggested that a whopping 90 percent of people over the age of two consume considerably too much sodium on a daily basis.3 “Where’s the sodium?” Centers for Disease Control and Prevention. February 2012. Accessed 6 December 2013. http://www.cdc.gov/vitalsigns/sodium   These high levels of sodium come not only from the refined salt we so liberally sprinkle on our food, but salt is also added to many common food products such as bread, cold cuts, pizza, soups, and cheese.  Therefore, even if you don’t use the salt shaker at meals, chances are extremely good that you are getting more than your share of refined sodium already, just from having a normal, balanced diet. Getting even more sodium in your medications is simply throwing fuel on the fire.

Consumption of too much sodium has been linked to an increased risk of developing hypertension, which in turn raises the risk of heart attack and stroke. To avoid overdoing your sodium intake, add up the sodium in the foods you eat and try to keep it below 2,300 milligrams per day.  If you are over 50 or have any other risk factors for high blood pressure, keep your sodium down to 1,500 milligrams per day.  Sodium is snuck into many processed foods, so it pays to be wary.  And you certainly don’t need any medication you take to put you over your daily quota. You also might want to consider swapping the refined salt in your shaker for natural unrefined salt and adding a moderate amount of potassium to your daily supplements, which will relax those sodium limits for you.