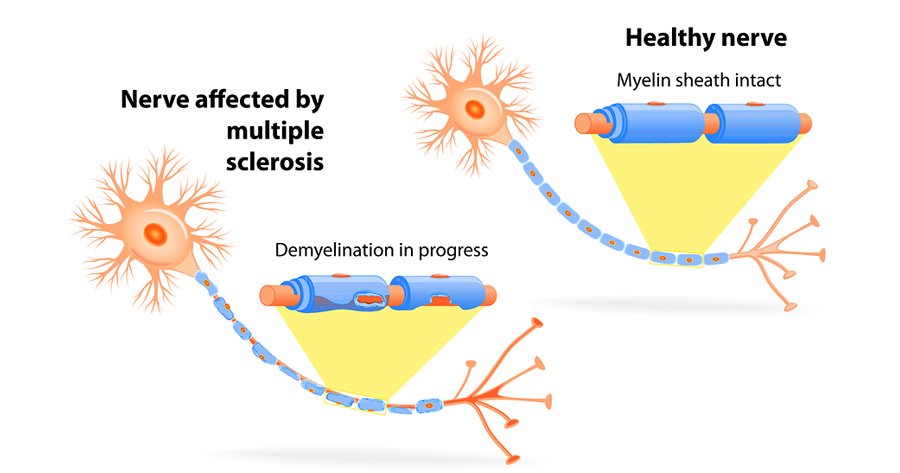 During pregnancy, most women are very careful to follow their doctor’s advice. This includes paying attention to which foods to avoid such as fish containing high levels of mercury and soft cheeses like brie, as well as an emphasis on getting enough calcium and protein in your diet. Prenatal vitamins are recommended but the focus discussed is usually on the folic acid they provide to help prevent certain birth defects. Attention is not typically called to other important vitamins such as vitamin D (although Jon Barron did exactly that as far back as 2007), and it is essential to our bodies whether we’re pregnant or not. But new research suggests that a vitamin D deficiency in the mother-to-be might also raise the baby’s risk of developing a major central nervous system illness as an adult.

The study, which took place at the Harvard School of Public Health in Boston, found that having low levels of vitamin D during pregnancy may be associated with a greater chance of the child being diagnosed with multiple sclerosis years later.1 Munger, Kassandra L.; et al. “Vitamin D Status During Pregnancy and Risk of Multiple Sclerosis in Offspring of Women in the Finnish Maternity Cohort.” JAMA Neurology. 7 March 2016. Accessed 16 March 2016. http://archneur.jamanetwork.com/article.aspx?articleid=2499458 The subjects were more than 500 Finnish adults whose mothers had participated in the Finnish Maternity Cohort. Maternal serum samples were evaluated to determine which of their mothers were deficient in vitamin D during their pregnancies.

The researchers then analyzed the data to compare this information for the 193 volunteers who developed MS when they reached adulthood and the more than 300 control subjects. The numbers showed that those individuals whose mothers had insufficient vitamin D levels in early pregnancy were astoundingly 90 percent more likely to eventually develop MS compared to their peers whose mothers had higher levels of vitamin D while pregnant.

While these results do not prove cause and effect, they demonstrate a very strong correlation between low prenatal vitamin D levels and the development of MS in children. Multiple sclerosis is a chronic, debilitating disease of the central nervous system. The immune system damages the myelin sheath, which is a protective layer that covers the nerve cells of the brain and spinal cord. It causes sometimes progressively worsening symptoms including fatigue, numbness, muscle weakness, walking difficulties, vision problems, and cognitive issues.

We don’t know exactly what causes MS, but it certainly involves an immune system malfunction. In addition, scientists believe that there may be environmental, genetic, and possibly infectious factors at play as well. It is certainly feasible that low vitamin D levels in a pregnant woman could be a trigger of sorts in the development of this disease in her offspring many years later. After all, the field of research known as fetal origins has shown that there are many health issues related to occurrences that took place during the gestational period. For example, a 1995 review of several studies in the United Kingdom found that there was a correlation between poor prenatal nutrition and high rates of heart disease in those children when they reached middle age.2 Paneth, Nigel and Susser, Mervyn. “Early origin of coronary heart disease (the “Barker hypothesis”).” BMJ. 18 February 1995. Accessed 17 March 2016. http://www.ncbi.nlm.nih.gov/pmc/articles/PMC2548810/pdf/bmj00580-0005.pdf

Plus, having an inadequate intake of vitamin D has been associated with numerous conditions such as diabetes and irritable bowel syndrome. Not to mention the fact that a link to multiple sclerosis has been found before in a 2009 study at the University of Oxford in the United Kingdom, which showed that a lack of vitamin D triggers a gene response that can lead to multiple sclerosis.3 Ramagopalan, SV; et al. “Expression of the multiple sclerosis-associated MHC class II Allele HLA-DRB1*1501 is regulated by vitamin D.” PLoS Genetics. February 2009. Accessed 17 March 2016. http://www.ncbi.nlm.nih.gov/pubmed/19197344

So you really don’t want to develop a deficiency in vitamin D whether you are pregnant or not. Fatty fish such as salmon and trout are good sources of vitamin D, but it is hard to come by naturally in foods, not to mention the risk of high mercury levels in many fish, so it definitely can’t hurt to supplement. Look for a supplement that contains 1,000 to 2,000 IU of vitamin D3 and take it daily. Try to get regular exposure to sunlight too, since our bodies manufacture their own supply of vitamin D when we’re not covered in sunblock constantly.

And don’t wait until the middle of your first trimester when your pregnancy is confirmed by your obstetrician to start taking daily vitamins to ensure that you get what you need, including vitamin D. In the current study, it was a deficiency in early pregnancy that was associated with the child developing multiple sclerosis eventually. The same holds true for folic acid since the birth defects it is linked to typically develop during the early stages of pregnancy as well. Ideally, you should start preparing as soon as you begin thinking about trying to conceive, and you will increase your odds of having a healthy baby who grows up to be a healthy adult.