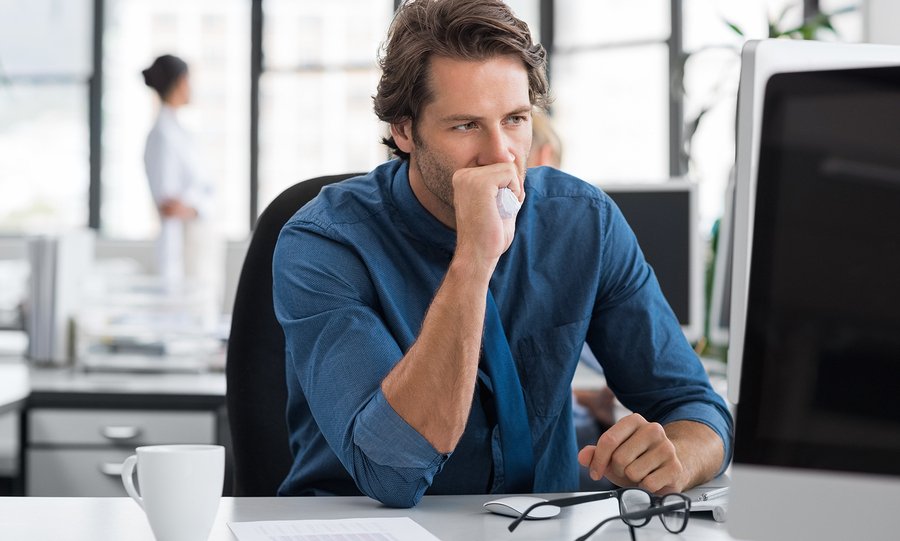 We all know that stress can affect us, causing headaches, anxiety, insomnia, and other health problems. In fact, Jon Barron has been discussing the mind-body link for many years, explaining how our mental state can be our physical undoing in a chapter in his book Lessons from the Miracle Doctors called The Thought that Kills. And now, new research provides further evidence that stress can be extraordinarily harmful, resulting in serious damage to the immune system.

The study, which was conducted at the University of Iceland in Reykjavik, found that people who experience considerable stress may have a greater likelihood of developing an autoimmune disorder.1 Song, Huan; et al. “Association of Stress-Related Disorders With Subsequent Autoimmune Disease.” JAMA. 19 June 2018. Accessed 23 June 2018. http://jamanetwork.com/journals/jama/article-abstract/2685155.
These results were based on an extensive assessment of the medical records of men and women residing in Sweden between 1981 and 2013. The subjects were 106,464 adults who had sought treatment for a stress-related psychiatric problem, and the control groups were 126,652 of their siblings and more than one million unrelated individuals, none of whom were experiencing a stress-induced disorder.

Among the participants with stress-related issues, who had an average age of psychiatric disorder diagnosis of 41, the likelihood of 41 kinds of autoimmune diseases occurring was much greater than that of their peers or siblings with no psychiatric history. Certain psychiatric diagnoses were associated with a significantly higher risk of autoimmune dysfunction than others, with post-traumatic stress disorder (PTSD) sufferers facing an increased chance of developing more than one autoimmune disorder, including celiac disease, Crohn’s disease, psoriasis, and rheumatoid arthritis.

In addition, some types of autoimmune diseases were more closely correlated to high stress levels in the subjects than others. For instance, the risk for celiac disease was greater than that of rheumatoid arthritis.

While the study was not designed to prove that mental stress directly results in the development of autoimmune diseases, it did show a strong association between the two. Similar links have been found in earlier research, such as a 2015 study at the University of California, San Francisco that determined a connection in Iraq and Afghanistan veterans who had been diagnosed with PTSD and greater rates of autoimmune diseases.2 O’Donovan, Aoife; et al. “Elevated Risk for Autoimmune Disorders in Iraq and Afghanistan Veterans with Posttraumatic Stress Disorder.” Biological Psychiatry. 15 February 2015. Accessed 24 June 2018. http://www.biologicalpsychiatryjournal.com/article/S0006-3223(14)00457-0/fulltext.

Plus, although we do not know everything about how stress affects the body, we do understand enough to be certain that it takes a damaging toll over time. Prolonged stress raises the body’s cortisol levels. This hormone is associated with a number of problems, such as weight gain, elevated blood pressure, memory difficulties, and impaired immune function. Cortisol helps regulate inflammation throughout the body, so when it is not functioning correctly, systemic inflammation can occur. Inflammation can contribute to or speed the progression of many conditions, ranging from the common cold to cancer.

On top of all that, chronic stress often translates to unhealthy behavioral changes. When you’re facing the serious illness or death of a loved one, potential job loss, or another major life stressor, it is likely that you are losing sleep, you might slack on your exercise routine, and you may not be as conscientious about what you eat. All of these factors can also make a difference over time, and possibly help set the stage for an autoimmune disease as well.

So, what can you do to protect yourself? Since there is no way to avoid having stress in your life, your best protection is to learn ways to cope with it and insulate yourself as much as possible from its effects. That means living the kind of lifestyle that helps you optimize your health both mentally and physically all the time so that, when a stressor arises, your immune system doesn’t start to go haywire. There are also lots of natural methods of stress reduction that are effective. Eating blueberries, using a supplement that contains herbs such as Valerian root, Kava Kava, and ashwagandha, as well as nutraceuticals such as L-theanine, not to mention meditating daily and getting regular physical activity are all great ways to ease stress and lessen the damage it can do to you.