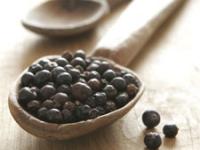 If you look through any recipe book, there’s one ingredient you’ll find in nearly every recipe – black pepper. In fact, black pepper is often credited as the most commonly used spice worldwide. (Salt is not a spice.) While it may be common, it was also highly prized in ancient times. Back then, pepper was not only used as a seasoning, but also as a currency. It was used to honor the gods and to pay taxes and ransoms. Even during the Middle Ages, a man’s wealth was sometimes measured by his stockpile of pepper.

It’s probably not too surprising that black pepper provides not just a rich history but quite a few health benefits as well. The use of black pepper, or piper nigrum, goes back 4,000 years in the East. The Chinese used pepper to address malaria, cholera, dysentery, diarrhea, and stomach complaints. It has a long history of use as a traditional folk medicine in a variety of cultures.

The most common health benefit may be its effectiveness in natural weight-loss programs. Black pepper’s low-calorie content makes it a great way to spice up food while decreasing the need to add other more high-calorie or fatty flavorings. In addition to its low-calorie count, it may also aid in weight loss because it can boost metabolism. Piperine, a key active component of black pepper, has been shown in animal studies to increase the body’s expenditure of energy. It does this by affecting the production of hormone-like chemicals that regulate the body’s energy balance. What’s more, a study published in the “Journal of Agricultural and Food Chemistry” in 2012, found that piperine suppresses genes needed for new fat cell growth and, as a result, fights the development of new fat cells.  Both these studies could have significant implications for humans and obesity; however, more human based studies are needed to support these findings.

As if that weren’t enough, black pepper is also helpful with digestion. Black pepper increases your hydrochloric acid secretion, which is necessary for the digestion of proteins within the stomach. In fact, poor production of hydrochloric acid can cause food to sit in your stomach for an extended period of time. This can lead to heartburn, indigestion or stomach bacteria, which may produce gas, diarrhea, or constipation.

Black pepper may also be an effective aid in helping people quit smoking. In one study investigating the effects of a cigarette substitute, inhalation of a vapor of black pepper essential oil created a simulation of respiratory tract sensations that apparently alleviate smoking withdrawal symptoms.

Black Pepper as an Antioxidant

Another health advantage to this spice is its ability to help increase the antioxidants you get from your diet. According to the US Department of Agriculture, black pepper has a total oxygen radical absorbance capacity (ORAC) value of 27,618, which is even higher than cayenne, which comes in at a still high 19,672. This scale measures the potential of a food to prevent the cell-damaging oxidation of free radicals in your body. A high ORAC food may help contribute to lowering your risk for conditions such as heart disease, Parkinson’s disease, and Alzheimer’s disease.

You’ll also find that black pepper contains a number of nutrients including:

When taken internally, black pepper’s nutritional benefits, like cayenne’s, include increasing the absorption of vitamins, minerals, phytonutrients, and medications. Research published in the “Critical Reviews of Food Science & Nutrition” in 2007 showed that black pepper was found to significantly increase the absorption of nutrients and drugs through the intestinal tract. The researchers concluded that the pepper likely alters the permeability of the intestinal wall, while slowing down the gut motility and stimulating intestinal enzymes. Due to this reaction with medications, you’ll want to use caution and consult with your doctor about any possible reactions with your current medication. Incidentally, this “pushing action” is one of the primary reasons that Jon Barron uses cayenne and piperine in so many of his formulations – to push the bioactives into the bloodstream. In fact, you’ll find a stabilized black pepper extract as an ingredient in both his Ultimate Antioxidant formula and his Liver Flush Tea, and cayenne in his Blood Support and Liver Tincture.

Other benefits that black pepper has been associated with include:

How to Take Black Pepper

It is important to note that spices start degrading the moment you grind them. The beneficial volatile oils start disappearing and/or going rancid. That is why it is best to use your own freshly ground cracked pepper. Also, you need to watch out for irradiated spices. Most commercial spices are now irradiated, or at least heavily fumigated, which virtually destroys and/or negates any of its nutrients. If you buy organic, you can pretty much avoid this problem.

Pepper may be credited as the world’s most commonly used spice, however, what about its partner, salt? Check out Jon’s complete breakdown of our other favorite seasoning, salt.