Before starting this heavy metal cleanse, we recommend you read all the instructions and gather any necessary supplies.

The formula is a tincture of cilantro, chlorella, and humic and black fulvic acid processed using the Barron Effect®, which makes it approximately 50 to 100% stronger than any similar formula on the market.

Why cilantro and chlorella? 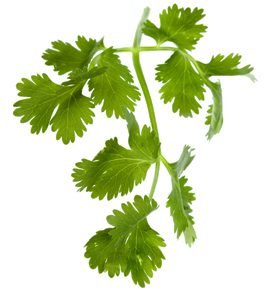 Once free, the next step is to actually facilitate the removal of the metals from the body. And here’s where chlorella comes in. Chlorella possesses the capacity to absorb heavy metals. This property has been exploited as a means for treating industrial effluent that contains heavy metals before it is discharged, and to recover the bio-available fraction of the metal in the process. In studies undertaken in Germany, high doses of chlorella have been found to be very effective in eliminating heavy metals from the body – from the brain, intestinal wall, muscles, ligaments, connective tissue, and bone.3

As stated in Jon Barron’s Oral Chelation report, the problem with heavy metals is that they accumulate in the body causing numerous health problems that can seriously impact literally every major organ in the body. Studies show that heavy metals in the body may be implicated in everything from Alzheimer’s to cardiovascular disease, from behavioral problems to kidney dysfunction, Parkinson’s disease, epilepsy, and even paralysis. The results of a clinical study on the Metal Magic formula should certainly be of interest to those looking for a proven, natural, affordable method for removing damaging heavy metals from the body.

Clinical studies completed in September 2005 prove that it’s possible to naturally remove an average of 87% of Lead, 91% of Mercury, and 74% of Aluminum from the body within 42 days. The study, sponsored by Baseline Nutritionals®, was conducted by healthcare professionals at The Optimal Wellness Test Research Center in Nevada (not affiliated with Dr. Mercola’s Wellness Center in Illinois).

The study also showed that nitrogen, nitrates, and ammonias increased overall to wellness numbers by 25%. This means that the product also decreased other toxic levels that are stored intra-cellular in the body. These toxins are often the cause of very low pH numbers that are difficult to move into normal wellness range. But while on the cilantro and chlorella formula, pH ranges moved an average of 33% into the wellness range. Eliminating the stored toxins and heavy metal toxins allows the cellular body to remove stored acids and other unbalancing fluids.

The researchers concluded that an oral chelation formula of cilantro and chlorella is a very effective heavy metal chelator and a great product for those that have very acidic pH intra-cellular imbalances.

Together, these herbs create a powerful oral chelation formula.

The bottom line is that this formula is now proven to be a major weapon in the fight against heavy metal toxicity. Once cleaned out after 42-days, a two week cleanse every 3-4 months should be enough to keep you relatively metal free – unless you eat a lot of high-mercury fish, or have more than a few amalgam fillings, in which case every 2 months is advisable. Incidentally, you do not want to use a chelation formula every day. Your body actually needs small amounts of some heavy metals.

Together, these herbs create a powerful oral chelation formula.  But we don’t stop there..

Humic acid, fulvic acid, and humin are types of humic substances or humates that are the major components of organic matter found throughout nature as a result of the action of millions of beneficial microbes on decomposing plants—a process known as humification. Humic acid and fulvic acid are considered to be the chemically bioactive compounds. They are black or dark brown in color and are of high molecular weight. Humins are the brownish amorphous substance that is produced from acidic reactions on certain sugars, carbohydrates, or the remaining residue of humate extraction and are considered less biologically active. 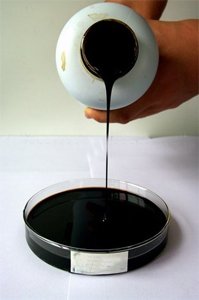 There are many health benefits associated with the use of supplemental humic and fulvic acids, including:

But the one we are concerned with today is their ability–and especially that of fulvic acid—to chelate toxic and/or inorganic metals and escort them safely out of the body.

The word “chelate” itself is derived from the Greek word chela, which refers to the pincer-like claw of a crustacean or arachnid, such as a lobster, crab, or scorpion. The term chelate, then, suggests the way in which an organic compound grabs onto the cation elements (in this case, toxic heavy metals) and carries them to the liver for processing and out of the body through the urine or feces.

Humic/fulvic acid has been extensively tested for its ability to chelate toxic heavy metals from the body. For example, in one study, oral consumption of humic/fulvic acid administered daily for six weeks significantly decreased blood cadmium levels and increased urine cadmium in 31 adult workers continuously exposed to occupational cadmium.5 In the majority of subjects, initial abnormally low serum iron levels increased, and markers of kidney and liver function improved.  In other studies humic/fulvic acid has been shown to decrease the absorption of heavy metals in the intestinal tract and reduce their toxic effects.6

Other studies have indicated that humic/fulvic acid may also be beneficial in helping your body to rid itself of lead, strontium, and mercury.

Humic/fulvic acid also makes the formula smell a little like vanilla, giving the formula a slightly sweet, earthy smell—almost like a rich loam soil laced with vanilla and spices. It’s not strong, and it’s not offensive. Consider it nostalgic—taking you back to your days on the farm…or at least in your patch of your local victory garden. As for taste, it’s actually quite mild, surprisingly–when mixed with even a small amount of juice–almost non-existent.  Some even say it tastes like dark chocolate!

Because of the color, it’s recommend that you mix it with 1-2 oz of a dark juice such as grape or pomegranate as opposed to something light and colorful like orange juice. The taste when combined with orange juice is actually quite okay, but somehow drinking black orange juice is disconcerting.

It’s also recommended that you drink a glass of water after consuming a 4 mL serving of the formula. 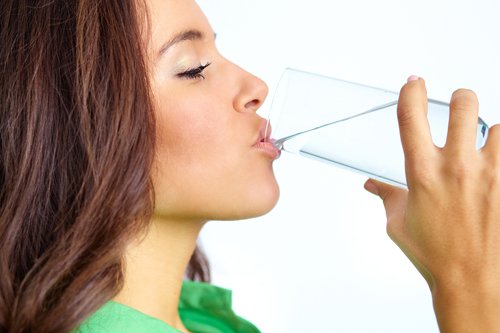 Start at the beginning and learn each step!