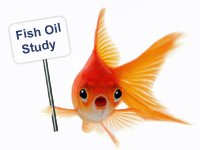 Does your pill-taking regimen take so long that it could be fodder for a comedy routine? Would you like to speed it up? If so, a new study may give you reason to eliminate at least one pill from the bundle for your natural health.

The research, just published in the New England Journal of Medicine, concluded that fish oil does nothing to prevent heart disease.1 Emery, Gene. “Study questions fish oil benefit before heart attack.” 8 May 2013. Reuters. 9 May 2013. http://www.reuters.com/article/2013/05/08/us-fish-oil-idUSBRE94714T20130508 Although multiple studies have found that diets rich in cold-water fish and other sources of Omega-3 fatty acids do, in fact, reduce cardiovascular risk, this is not the first to show no benefit from fish oil supplements.

This latest research, conducted in Italy, corroborates those findings and takes them a step further. The study drew on a group of 12,513 patients who hadn’t yet had heart attacks, but who did have atherosclerosis or other cardiovascular risk factors, including hypertension, diabetes, high cholesterol, or a history of smoking.

Over a five-year period, half of the patients took one gram of fish oil supplements daily. The other half took a placebo containing olive oil. At the conclusion of the study, 11.7 percent of the fish oil group had either died or been hospitalized for cardiovascular problems, compared to 11.9 percent of the olive oil group. In other words, there was no real difference in outcome between the two groups.

Some critics pointed out that since the subjects were high-risk and probably largely on medications, the results aren’t fair, as medications may have interfered with the absorption of the Omega-3’s. But in fact, the researchers did control for at least one medication variable—statins–and they found no difference in results between those on statins and those not. On statins or off, the Omega-3’s seemed to make no difference. The researchers also found that aspirin intake didn’t make a difference, nor did historical intake of Omega-3’s.

Dr. Dariush Mozaffarian of Harvard University commented on the study: “The lack of any discernible effect on coronary death raises concerns about the real benefits of fish-oil supplements in patients at high risk for cardiovascular disease. Recommendations to eat fish, in the context of an overall healthy diet, increasing activity, and stopping smoking, should remain the priority for reducing risk.”

Other experts commented that if fish oil does nothing for high-risk patients, it probably does even less for those at low risk.

It’s fascinating that the responses to this study largely ignore one key finding. In women, the fish oil did indeed seem to make a difference. Those taking the Omega-3 supplements had an 18  percent lower incidence of death and hospital admissions than those taking the placebo. Also, there were fewer admissions for heart failure in the fish oil group, although hospital admissions for other cardiac causes were equal across groups.  Still, the experts caution that those positive results may well be due to chance.

Why would they hold back on celebrating the results showing that women may well benefit from fish oil supplements, or that the supplements seem to ward off sudden heart failure, and yet embrace the negative results for the group as a whole? Several large-scale earlier studies also found benefit to women and a preventative effect against heart failure. So why do the researchers in this case generalize the findings to say, as did Dr. Eric Topol of TheHeart.org, “Fish oil does nothing.  We can’t continue to argue that we didn’t give the right dose or the right preparation. It is a nada effect”?3 O’Riordan, Michael. “No benefit of fish oil in high-risk patients.” 8 May 2013. Prevention; The Heart.org.  9 May 2013. http://www.theheart.org/article/1536889.do

Nor do the experts seem to mind that the so-called placebo contained olive oil, which is known to have heart-healthy benefits. If the fish oil had been pitted against a water pill, the results would be more convincing. One might suspect that opponents of the natural supplements industry paid for the study, but in fact, the funding came, at least in part, from fish oil manufacturers.4 Marchione, Marilyn. “Study: fish oil’s work against heart attacks limited.” 8 May 2013. USA Today. 9 May 2013. http://www.usatoday.com/story/news/nation/2013/05/08/fish-oil-heart-attacks/2145431/

As a side note, it’s important to remember that the study took place in Italy, where most of the population follows the heart-healthy Mediterranean Diet. As mentioned above, the two previous studies that found no benefit to fish oil took place in Greece, where people also tend to follow a Mediterranean diet. Could it be that the study participants already get plenty of Omega-3 in their diet, rendering the supplements superfluous?  In fact, the original design for the study had to be changed because the researchers had expected participants to die from their cardiac problems at a much faster rate than they did. Perhaps the Mediterranean diet, again, had an effect.

And keep in mind, as Jon Barron has pointed out again and again over the years, the benefits of Omega-3 supplementation are not inherent in the Omega-3 itself, but in correcting the imbalance of Omega-6 to Omega-3’s in your diet. If you’re not eating a diet high in Omega-6 fats, then supplementing with Omega-3’s will have minimal benefit. With that in mind, the standard American diet is extremely high in Omega-6 fatty acids because of the high use of polyunsaturated vegetable oils in the diet. The Mediterranean diet is low in Omega-6’s and high in Omega-3’s and Omega-9’s. In other words, people eating a typical Greek diet would not see much benefit from Omega-3 supplementation. On the other hand, people living pretty much everywhere else in the world most likely would.

In any event, the experts agree that taking Omega-3 supplements can’t hurt. And there are studies indicating they help, like one out just last month finding that they may be helpful in promoting a healthy immune system.5 “Fish Oil Could Boost Immune System, Study Suggests.” 5 April 2013. Huffington Post. 10 May 2013. http://www.huffingtonpost.com/2013/04/05/fish-oil-immune-system-dha_n_3000430.html It seems that a “better safe than sorry” approach might be appropriate, particularly if you’re a woman. And if you’re eating a typical American diet as opposed to a Mediterranean or even a Paleo diet—both of which minimize the intake of Omega-6’s–then Omega-3 supplementation still makes sense.

Meanwhile, if you want an extra boost in maintaining heart health, get a pet. The American Heart Association just issued a statement claiming that pet ownership decreases risk of heart disease, stroke, and hypertension.6 “Pets may help cut heart disease risk: American Heart Association.” 9 May 2013. Reuters. 10 May 2013. http://www.reuters.com/article/2013/05/09/us-heart-pets-idUSBRE94810U20130509 The question is, what will you do if your vet recommends that you put your dog on Omega-3’s, and some vets now do?