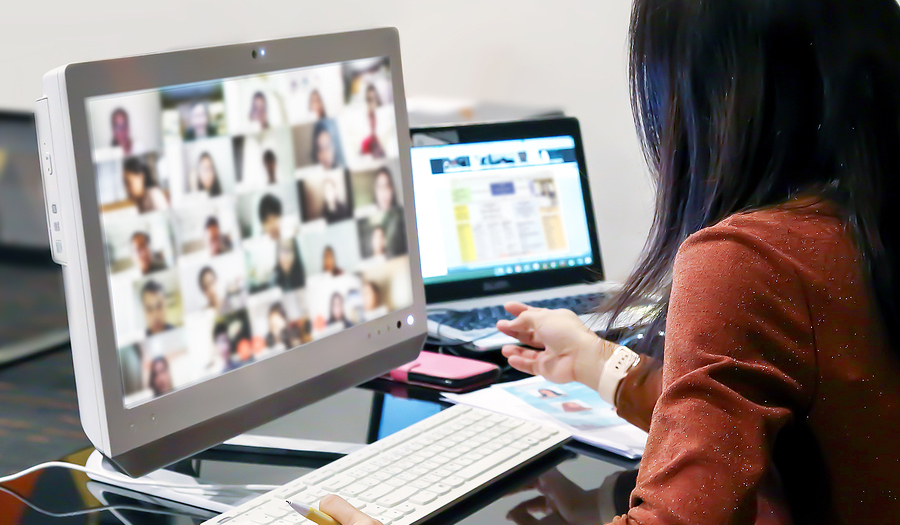 Even the most confident of us occasionally feel awkward in social situations, especially meeting people for the first time, or when trying to make a good impression on Zoom. If you sometimes walk away from these encounters feeling as if you were not your usual charming self and the other person may not have taken much of a liking to you, you’re hardly alone. But new research suggests that you might be being a little too hard on yourself because you probably made a better impression than you think.

The study, which was conducted at Cornell University in Ithaca, New York, found that people typically underestimate how well they are liked by another person after engaging in a conversation with them.1 Boothby, Erica J.; et al. “The Liking Gap in Conversations; Do People Like Us More Than We Think?” Psychological Science. 5 September 2018. Accessed 26 September 2018. http://journals.sagepub.com/doi/abs/10.1177/0956797618783714?journalCode=pssa.
These results are based on several experiments that involved either short-term conversations between individuals introduced for the first time or over the long-term as dorm residents got to know one another throughout their freshman year of college.

In one experiment, the subjects were put into situations in which they were meeting someone new and having a conversation. Afterward, they were asked to rate how well they performed conversationally as well as assign a rating to the person they were speaking with.  In some versions of the trial, the conversations were kept shorter and in others, they were longer, and sometimes topics to discuss were provided while in other cases they were not. But in all these varied instances, what remained constant was the participants giving the person they spoke with a higher rating for likability than they gave themselves.

Not surprisingly, the volunteers with shy personality types were most likely to rate themselves poorly compared to their conversational partner. However, it was not only the shy volunteers who felt this way, but it was also a phenomenon that occurred across all personalities—even among the most outgoing. Therefore, it would appear that we are all probably guilty of judging ourselves more harshly in conversational ability than we do others, at least some of the time.

Why do we tend to critique ourselves so much more than we do those we are speaking with? Part of the problem is that most of us become so focused on what we are saying or thinking of saying next that we can’t clearly discern how the other person is reacting. And on top of that, we have a very human way of mentally replaying a conversation after it is done. This generally causes us to analyze any missteps we took as we spoke, internally criticizing every little detail. Rarely do we pick apart someone else’s side of the conversation to this extent.

All of this can lead to social difficulties if you let it go too far. If you regularly feel that you like the people you engage in conversation more than they like you, it can make you want to withdraw from interactions, limit your social circle, and develop anxiety when even the simplest of conversations come up. The good news is that awareness, such as the knowledge we’ve gained from the findings of this study, can help us realize that we are all in the same situation and chances are good that others like you more than you thought.

How To Improve Your First Impression or Initial Meeting

There are also many ways to combat your fear of flubbing that initial meeting. Prepare a little in advance so you’ll have some ideas for conversational topics and be able to avoid those awkward silences. Relax with a few minutes of deep breathing or meditation before a new social encounter if you feel nervous. Don’t be afraid to smile either, as people generally respond well to others who are in good moods and studies have even shown happiness to be contagious.  If on Zoom, good lighting and a clear connection can help.

One more strategy is to place your focus squarely on the other person—everyone loves speaking with a good listener who will really hear what they are saying and ask relevant questions from time to time. In fact, a 2012 study at Harvard University in Cambridge, Massachusetts found that brain scans confirm how much people love talking about themselves.2 Tamir, Diana I. and Mitchell, Jason P. “Disclosing information about the self is intrinsically rewarding.” Proceedings of the National Academy of Sciences of the United States of America. 22 May 2012. Accessed 27 September 2018. http://www.pnas.org/content/109/21/8038.
So let your conversational partner take the lead, and you’re almost guaranteed to make a good first impression. And make a special effort to clearly hear the other person’s name and lock it in when introduced. Then use their name when talking to them. As Dale Carnegie said, “A person’s name is the sweetest sound,” and they think highly of people who use it when talking to them.