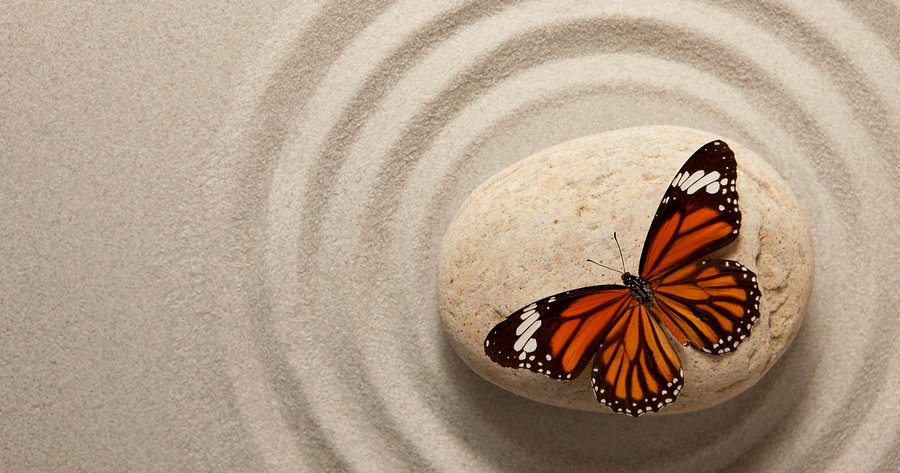 Recurrent depression is a tough disease to battle. Like most mental heath issues, sufferers appear outwardly fine. On the inside, however, you may experience a lack of energy, loss of interest in many activities, and pervasive feelings of sadness or hopelessness. Many doctors are quick to prescribe pharmaceutical medications to combat the problem. But these drugs often have to be switched out several times to find the “right” one for you and even in the best cases can contribute to a number of awful side effects. Now, however, there is some potentially very good news for those with depression. New research has determined that mindfulness-based therapy may help alleviate this condition as well as pharmaceuticals.

The study, which took place at the University of Exeter in the United Kingdom, found that therapy designed to teach patients how to re-focus their thoughts may be a very effective treatment method for people with depression.1 Mundasad, Smitha. “Depression: ‘Mindfulness-based therapy shows promise’.” BBC News. 21 April 2015. Accessed 25 April 2015. http://www.bbc.com/news/health-32380183 The subjects were 212 men and women who had been diagnosed with depression and were determined to be at risk for recurring episodes. All of them had been taking prescription antidepressants, which were reduced for this experiment.

For a two-year period, the participants were placed in group therapy sessions that emphasized mindfulness-based cognitive therapy (MBCT). The therapists taught them an array of mindfulness techniques including guided meditation. The volunteers developed their ability to maintain an awareness and focus on the present. They were also shown how to recognize certain early warning signs of a bout of depression as it was beginning and they learned how to mentally block the full-blown depressive episode from occurring. A control group was included that consisted of another 212 men and women with depression who continued to take their usual prescription antidepressants for the duration of the research.

All of the subjects were followed-up with regularly, and, at the end of the two years, an analysis of their mental health records determined that the percentage of individuals in both the MBCT and control groups who had relapsed into depression at some point were almost the same. Those in the MBCT group had a relapse rate of 44 percent versus the antidepressant group’s slightly worse relapse rate of 47 percent. What’s more, many of those who learned mindfulness techniques were doing so well that they had stopped taking their antidepressants altogether–with no negative outcome.

While the study was small in population size, it provides a much-needed reminder that there may be many other ways to manage health issues that are considerably better than pharmaceutical drugs. Antidepressants are fraught with a wide range of side effects, such as weight gain, nausea, sexual problems, insomnia, dizziness, anxiety, and more. And we are not talking about medications that are doled out only occasionally–a 2011 report from the National Center for Health Statistics found that antidepressant use has skyrocketed in Americans by nearly 400 percent between 1988 and 2008.2 Pratt, Laura A.; et al. “Antidepressant Use in Persons Aged 12 and Over: United States, 2005-2008.” Centers for Disease Control and Prevention. October 2011. Accessed 26 April 2015. http://www.cdc.gov/nchs/data/databriefs/db76.htm

In other words, any option that might lessen our dependence on antidepressants would be wonderful, especially if it appears it might allow users to stop taking the drugs altogether. It makes sense that mindfulness might be an effective form of depression treatment because of the way it can help us train our minds to focus on what we choose and let other thoughts fall away. Nor is this the first research that found a connection between mindfulness and improved mood. A 2010 study at Boston University in Massachusetts determined that mindfulness meditation can be very successful for the treatment of mood problems like generalized anxiety disorder and recurring depression.3 Hofmann, Stefan G.; et al. “The Effect of Mindfulness-Based Therapy on Anxiety and Depression: A Meta-Analytic Review.” Journal of Consulting and Clinical Psychology. April 2010. Accessed 26 April 2015. http://www.ncbi.nlm.nih.gov/pmc/articles/PMC2848393

And mindfulness-based cognitive therapy is not the only possible way to combat depression other than pharmaceutical medications. Numerous studies have found that exercise can lessen depression just as well or better than drugs. So don’t give up if you have been diagnosed with depression and are experiencing the negative feelings and symptoms it produces. There may very well be a way for you to feel better without having to take antidepressants. Try some sessions of mindfulness-based therapy and/or start a daily workout routine and see what seems to help you the most.