Loving Thy Neighbor Is Heart Healthy 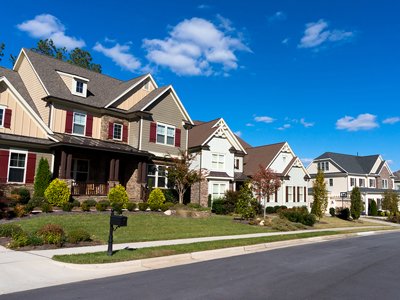 Most of us have been unlucky enough to have had a really bad neighbor at some point in our lives. It may be the guy who plays loud music way too late at night, the woman who wants to share the town gossip every chance she gets, the man whose dog is destroying your lawn every time your back is turned, or any of a number of other thoughtless, difficult characters. It can be hard to learn to love your neighbor in certain instances, but if you can, you just might reap some serious benefits. According to new research, a good relationship with your neighbors may be very good for your heart.

The study, which took place at the University of Michigan in Ann Arbor, found that positive connections with your neighbors and others around your community appear to lower a person’s risk of having a heart attack.1 “Having good neighbors may reduce heart attack risk: study.” New York Daily News. 19 August 2014. Accessed 25 August 2014. http://www.nydailynews.com/life-style/health/good-neighbors-reduce-heart-attack-risk-study-article-1.1908895 The subjects were 5,276 men and women over the age of 50. All of them were involved in the Health and Retirement Study, a long-term study of older adults in the United States. They were prescreened to ensure there was no previous personal history of heart disease.

The participants were followed for a four-year period between 2006 and 2010, during which time the scientists kept tabs on their cardiovascular health. As the research commenced, the volunteers answered questionnaires that had them rating their neighbors. They could assign up to seven points to indicate how involved they felt in their neighborhood, how much they could depend on their neighbors when needed, how trustworthy their neighbors were, and whether they considered their neighbors to be friendly.

Over the course of the trial, 148 of the volunteers experienced a heart attack. As the researchers analyzed the data, they discovered that the heart attack risk was lowered with each point a subject had bestowed of the possible seven. This obviously made the greatest difference for those who assigned the best possible rating of seven out of seven, helping them achieve a 67 percent lower risk of having a heart attack versus their peers who had assigned a rating of one out of seven.

This finding demonstrates a substantial health advantage for those who are most content with their neighbors. And their results held up even after controlling for a number of possible influences such as the subjects’ age, income level, mental health status, and the presence of other conditions including diabetes. They did not, however, examine whether there was any family history of cardiovascular problems, which could significantly influence the outcome. Plus, the study only drew an association between positive community ties and a reduced heart attack risk; it was not designed to prove cause and effect.

Still, it appears as if having good neighborly relations is likely to be beneficial. Whether the positive effects stem from less stress due to a lack of friction between neighbors, feeling safe and secure in where you live, having a strong social network right on your block, or some totally different possibility, there are definitely a number of positives to keeping peace and harmony in the community. If this does not describe your situation, it might be worth it to try to mend fences with your neighbors, even if your motivation is mainly your own long-term health and happiness.

Sadly, the typical hectic whirlwind lives we lead these days mean that many people barely know their neighbors next door. We’re all so busy with work, family, and other commitments that we don’t always make the effort with others around us. Take a little time to invite some neighbors over for a small gathering or see if they would be interested in going for an evening stroll. You just might discover that you may have some really great neighbors who could easily become good friends, or at the very least, pleasant acquaintances. And remember, as we’ve previously reported, a 2008 study conducted through Harvard University and the University of California at San Diego found that happiness is contagious among friends and neighbors.2 Fowler, James H. and Christakis, Nicholas A. “Dynamic spread of happiness in a large social network: longitudinal analysis over 20 years in the Framingham Heart Study.” BMJ. 4 December 2008. Accessed 26 August 2014. http://www.ncbi.nlm.nih.gov/pmc/articles/PMC2600606 So strengthening these bonds may provide you with a sunnier attitude and a happier neighborhood, as well as a healthier heart.