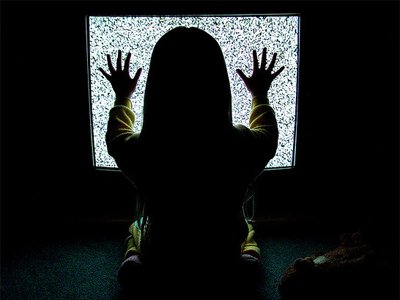 There are plenty of reasons to avoid getting hooked on American Idol, and not all of them have to do with bad singing. For example, it may cost you your life. That’s right; the show lasts two hours, and it turns out that viewers under the age of 40 who watch lots of television double their risk of death, according to a new study just published in the Journal of the American Heart Association.1 Baulkman, J. “Watching Too Much TV May Increase Risk Of Early Death.” 26 June 2014. University Herald. 27 June 2014. http://www.universityherald.com/articles/10133/20140626/watching-too-much-tv-may-increase-risk-of-early-death.htm This certainly isn’t the first study to find a link between enjoying too much TV and early death, but the new research adds some dimension to the old data.

The research involved 13,284 young and healthy adults from Spain with an average age of 37 at the start of the study.  The participants were followed for eight years, during which time their television viewing habits, computer habits, and driving habits all were tracked. The premise at the outset was that sitting of any sort for long periods of time increases death risk. Surprisingly, the results showed that no matter how much time the participants spent on their computers or driving, their risk of mortality stayed the same. On the other hand, if they watched television for three or more hours daily, their risk of death doubled compared to those who watched less than an hour daily.

The more TV the participants watched, the worse off they were. For every additional two hours of viewing over the one-hour threshold, the risk of dying from heart disease or stroke went up by 44 percent.2 Fox, Maggie. “Here’s Just How Bad Sitting Around Is For You.” 26 June 2014. NBC News. 27 June 2014. http://www.nbcnews.com/health/cancer/heres-just-how-bad-sitting-around-you-n132471 Death risk from cancer went up 21 percent for each additional hour of television viewing, and by 55 percent from some other cause. And it turned out that even eating a healthy Mediterranean diet didn’t skew the results. The risk went up anyway.

Now, it should be noted that earlier research out of Germany found that two hours of either sitting watching television or sitting in front of a computer increases the risk of colon cancer by 8%, of lung cancer by 6%, and endometrial cancer by 10%. And we previously reported a study from Canada which found that sitting for long periods has a particularly strong correlation to breast cancer. That research found that 49,000 cases of breast cancer annually can be directly attributed to long periods of sitting, as well as 43,000 cases of lung cancer, 30,000 cases of prostate cancer, and 47,000 cases of colon cancer. And a 2011 British study found that every hour in front of the television decreases lifespan by 22 minutes.3 Chan, Amanda. “One Hour Of TV Could Shorten Your Life Span: Study.” 17 August 2011. Huff Post Healthy Living. 28 June 2014. http://www.huffingtonpost.com/2011/08/17/1-hour-of-tv-lifespan-22-minutes_n_929321.html

The startling difference with this Spanish study is that it found that television watching turned out to be so much more harmful than either sitting in front of a computer screen or driving for long periods of time. The researchers are baffled about what causes the uniquely deleterious effect of television viewing. The fact that computer time didn’t exacerbate death risk, unlike in previous studies, may have had something to do with the relatively young age of the participants. Also, this study population was unusually healthy to begin with. The study director, Dr. Martinez-Gonzalez of the University of Novarra in Pamplona, Spain, thinks the higher mortality risk associated with television might reflect the fact that people binge eat while watching TV.  But certainly, many computer users stuff their faces while surfing the net, so it’s doubtful that junk food alone accounts for the discrepancies found. Anyway, the researchers did control for diet, and it still turned out that television viewing was particularly deadly.

Dr. Nieca Goldberg of New York University says, “Compared to driving a car or doing work on a computer, television is a very passive activity.” She makes a good point. When you drive, you have to watch the road, you have to turn the wheel, you have to step on the gas and you might even have to honk the horn. While these things don’t exactly constitute a workout, they do require mental alertness, and they do burn a few more calories than sitting in place without moving or thinking. Likewise, working at the computer requires mental effort and finger exertion, both of which burn a few calories. And both activities, especially driving, can increase your metabolism and heart rate from the mental stress involved. That, at least, increases circulation. Sitting in front of the television, though, requires absolutely nothing except the ability to go into a passive trance, which is exactly why so many stressed out people resort to watching their favorite reality program after a crazy day. And in fact, research shows that watching television lowers the metabolism more than just about anything else.

It’s also possible that people who watch a lot of television have fewer friends and a less active social life than those who, for instance, spend lots of time on the computer. Those who consistently watch three hours or more of television a day may not have a whole lot else going on, or they wouldn’t have such a big block of time regularly available for viewing. The researchers did control to make sure that people weren’t watching television because they were sick, but it is possible that those who watch a lot of television were depressed, and that’s something that was not controlled for. We know from other research that both depression and lack of friends correlate to health problems and higher mortality.

The bottom line here is that if you’re watching a lot of TV, you need to get a life to prolong your life. Also, based on the results of previous studies, the less sitting you do in general, the better it is for your health.  Or as the Beatles suggested so many years ago, “Well shake it up baby…twist and shout.”