What Effect Does Marijuana Have on Your Brain? 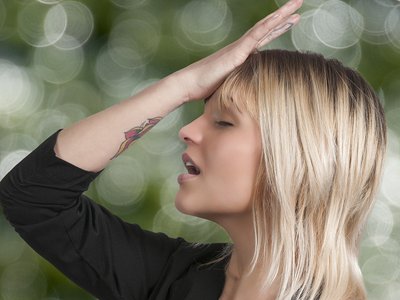 Millions of Americans have smoked marijuana, often trying the drug as teenagers or young adults. Some just smoke it once or twice out of curiosity, while others enjoy the sensations it produces and start using it more often. It is a controversial drug, for sure. There are those who say marijuana is dangerous to even experiment with, calling it a gateway drug that leads to the use of more addictive substances such as heroin or cocaine. But there are others who point to evidence that marijuana offers certain medical benefits and the fact that plenty of people use it without turning to harder drugs or appearing to develop addictions. Now, through all of this debate, there comes new research that has found that regular recreational use of marijuana appears to create structural changes within the brain.

The study, which was conducted at the Northwestern University Feinberg School of Medicine in Chicago, determined that the neural pathways of the brain are affected even in those who are only considered casual users of marijuana.1 “Casual marijuana use may alter brains of young smokers.” CBS News. 16 April 2014. Accessed 20 April 2014. http://www.cbsnews.com/news/casual-marijuana-use-may-alter-brains-of-young-smokers The subjects were 20 adults between the ages of 18 and 25. All of them were regular users of marijuana, and their average usage took place approximately four days a week, for a total of 11 joints smoked each week on average. But the usage difference among them varied, as 10 of the participants reported smoking less than six joints each week. The experiment was set up with a control group of another 20 young adults who did not smoke marijuana but otherwise were the same in gender, age, and physical traits.

The 40 volunteers underwent brain scans, and the researchers noticed visible differences between the brains of the marijuana users and the non-users. Two regions of the brain–the amygdala and the nucleus accumbens–were altered in those who smoked marijuana, and the more they said they smoked, the more substantial were the changes. The scans showed greater density in the marijuana users compared to the non-users, and the structural shapes differed as well. Both the amygdala and the nucleus accumbens are involved with the ability to process emotions, become motivated, and experience pleasure. But exactly what the changes mean in regard to those functions is open to question.

Nevertheless, it is definitely troublesome that marijuana seems to cause real changes in the brain. And these alterations appear to begin occurring even when marijuana is being used only a few times per week in individuals considered to be casually to moderately involved with the drug. However, before we get carried away, it should be noted that at 20 subjects, the study was way too small to consider its conclusions proven. And we don’t know when or why these brain changes started taking place in relation to marijuana use. Were all of the participants long-time pot smokers or had some just started using? After all, it stands to reason that changes to the brain might be more significant if these casual users had been smoking for some time, especially if the use began early in adolescence. And speaking of adolescence, it’s worth a reminder that if your have marijuna in your house, you need to keep it away from children and pets.

In addition, there has been no follow-up, so we do not know whether the brain changes remain stable, become more pronounced, or subside over time with the cessation of marijuana use. Which leads to the next question: Are these structural brain changes necessarily even a damaging outcome? Certain areas of the brain may be altered a little, but that does not have to mean they become worse or less functional. After all, there are lots of talented, successful people who use marijuana and are hardly the stereotypical dazed looking stoners perpetuated by Hollywood. And speaking of Hollywood, quite a few icons there are not shy about sharing the fact that they use marijuana. Some, such as comedian and talk-show host Bill Maher are even quite articulate on the subject.2 “Weed Time With Bill Maher.” Huffington Post. 11 April 2014. Accessed 21 April 2014. http://www.huffingtonpost.com/the-/weed-time-with-bill-maher_b_5128776.html Others, such as Brad Pitt and Justin Timberlake, may not have Bill Maher’s way with words, but they have hit the top of the ladder in show business, despite their admitted enjoyment of a joint more than occasionally.3 “Celebrity Stoners: See Who’s Had High Times in Hollywood.” E Online. 20 April 2014.  Accessed 22 April 2014. http://www.eonline.com/news/409063/celebrity-stoners-see-who-s-had-high-times-in-hollywood

Ultimately, this study provides one more interesting aspect of marijuana use to ponder, but not many substantive answers on its effects. However, as this drug’s popularity is on the rise once again, we might want to determine with a whole lot more certainty whether marijuana use truly has negatives, and if so, do they outweigh its positives.