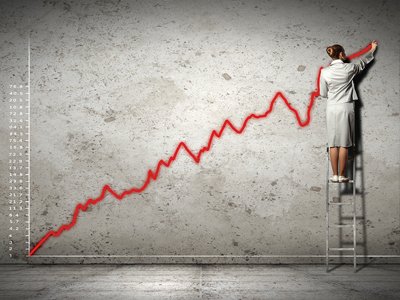 With 71 million Americans estimated to suffer from high cholesterol, this condition is a problem for many people, at least according to the medical community. In many cases, it can be brought under control by making changes to your diet. But lots of people don’t want to cut back on the foods they love, preferring instead to take pharmaceutical medication to keep cholesterol levels in check. It also doesn’t help that the medical community has continually lowered the bar as to when they prescribe statin drugs. And there’s proof of that in a new report showing that the use of cholesterol-lowering medication has increased quite a bit in the last decade.

The study, which was conducted by the Centers for Disease Control and Prevention in Atlanta, Georgia, found that over the last 10 years or so the percentage of people across the United States taking drugs to bring down LDL or “bad” cholesterol has risen by nearly one-third.1 Lewis, Tanya. “Use of cholesterol-lowering meds on the rise.” Fox News. 24 December 2014. Accessed 27 December 2014. http://www.foxnews.com/health/2014/12/24/use-cholesterol-lowering-meds-on-rise The report was based on data compiled on the use of statins and other prescription medications for combating cholesterol from 2003 through 2012.

In 2003, 20 percent of people 40 or older reported using a cholesterol-lowering drug in the previous month. By 2012, however, that number had risen to 28 percent, mainly due to a widespread increase in the use of statins. When the scientists isolated just the use of statins, they discovered a jump from 18 percent of individuals in this age group in 2003 to 26 percent of them by 2012. Statins work in the liver to block certain enzymes from producing cholesterol and are well known to most of us by their brand names such as Zocor, Lipitor, and Pravachol, thanks to their ubiquitous ad campaigns.

When broken down by age groups, the numbers show an increase in use as subjects get older. A hardly insignificant yet still comparatively lower 17 percent of those between the ages of 40 and 59 report taking cholesterol-lowering meds. But by the age of 75 or older, that is up to a whopping 48 percent. Interestingly, the drugs are used roughly equally by both genders and among all races. However, among 40- to 64-year-olds, the drugs are found to be much more commonly taken by those who have health insurance versus those who are uninsured.

One of the factors that may have contributed to the rise in the use of these medications was the recommendation made by the National Institutes of Health in 2002 that touted the benefits of these drugs for people at risk of developing heart disease. Many patients were already familiar with these meds from their advertisements, and many doctors were all too happy to prescribe a quick fix for patients. Of course, none of this might have happened had it not been for the obesity rate of 35 percent among adults that is a contributing factor to high cholesterol.

Unfortunately, though, statins and other pharmaceutical products manufactured to address high cholesterol are no magic bullet. They don’t work by preventing the underlying cause of excessive cholesterol levels. Instead, statins simply force cholesterol levels down, which has been shown in study after study to do little to reduce mortality rates, except in those who have had a previous heart attack.2 Ray, KK; et al. “Statins and all-cause mortality in high-risk primary prevention: a meta-analysis of 11 randomized controlled trials involving 65,229 participants.” Archives of Internal Medicine. 28 June 2010. Accessed 28 December 2014. http://www.ncbi.nlm.nih.gov/pubmed/20585067 And, as with most pharmaceutical drugs, they are associated with numerous side effects including significant muscle pain, liver damage, elevated blood sugar, and digestive difficulties.

Ultimately, if you go to the doctor for a checkup and are told that your LDL cholesterol level is too high, try to take matters into your own hands before you fill that prescription for statins that you are likely to receive. Focus on eating nutritious, high-fiber foods and limit your consumption of synthetic trans fats. If you’re sedentary, start exercising even if you can only last for 10 or 15 minutes every day. Each little bit helps, and it will get easier as your body adjusts. And reduce your consumption of omega-6 fatty acids while at the same time increasing your consumption omega-3 fatty acids. Bringing that ratio back into balance will go a long way to reducing your risk of cardiovascular disease. Just by making some lifestyle modifications and losing weight, you may be able lower your risk of developing not only heart disease, but a whole range of other ailments as well.