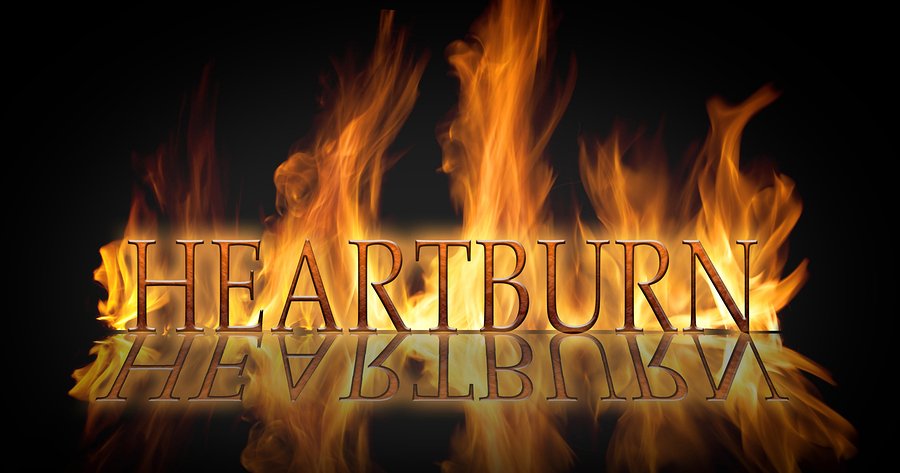 Heartburn is something we’ve all experienced at one point or another. For many of us, it is just an unfortunate result of a large, heavy meal every once in a while. However, for others, it is a chronic issue caused by gastroesophageal reflux disease (GERD) that causes pain and a burning sensation. Doctors are often quick to recommend a heartburn drug such as Prevacid, Nexium, or Prilosec to alleviate the symptoms, and many patients are thrilled to find something that helps them feel better. But now it appears that the relief these drugs can bring may not be worth the risk. New research suggests that some of heartburn medications may be linked to heart attacks.

The study, which was conducted at Stanford University in California, found that taking proton-pump inhibitors (PPIs), a very common form of heartburn drug, may be associated with an increased chance of having a heart attack.1 Harris, Richard. “Data Dive Suggests Link Between Heartburn Drugs And Heart Attacks.” NPR. 11 June 2015. Accessed 17 June 2015. http://www.npr.org/sections/health-shots/2015/06/11/413433350/data-dive-suggests-link-between-heartburn-drugs-and-heart-attacks The subjects were approximately three million United States adults whose electronic records were accessed without any identifying details to maintain privacy. These records were analyzed to determine whether heart attacks appear to be more prevalent among those who use PPIs. This was the focus of the investigation because the scientists had performed laboratory work that showed PPIs may directly affect the tissue of the heart.

The data analysis determined that there was an increased risk of heart attack of approximately 16 to 20 percent. If the elevated risk applies fairly equally to everyone, it might not make a very big difference for those people who are healthy and have no cardiovascular risk factors. However, a 20% increase in the risk of having a heart attack in individuals who already have pre-existing risk factors is a big deal. And unfortunately, there are a lot of these people. Those who are overweight or obese, have high blood pressure, smokers, and diabetics all face a big enough risk of heart problems without upping the odds another 20%. Quite simply, if you’re already at risk and add in PPIs–one of the most popular classes of medication today–this could mean many heart attacks that could have been avoided.

As already mentioned, the drugs in the PPI category include Prevacid, Nexium, and Prilosec. Between the prescription and over-the-counter variations of these medications, it is estimated that 20 million Americans use them. PPIs are often considered long-term maintenance therapy because as soon as you stop taking them, the symptoms return. They have also been linked to such side effects as headaches, nausea, pneumonia, and osteoporosis.2 “Do PPIs have long-term side effects?” Harvard Health Publications. February 2009. Accessed 17 June 2015. http://www.health.harvard.edu/digestive-health/do-ppis-have-long-term-side-effects And as Jon Barron has pointed out, they also are associated with calcium and vitamin B12 deficiencies, incomplete digestion, and anemia.

Interestingly, the researchers also evaluated the data to see if an association exists between a different class of heartburn medications known as H2 blockers and could find none. These drugs, including Zantac, Pepcid, and Tagamet, are often not as effective as PPIs in allaying the symptoms of heartburn in those with more severe cases. But before you switch to an H2 blocker, you might want to consider their potential side effects such as diarrhea, constipation, headaches, dizziness, and hives.

A benefit of using such a large population sample is that it is certainly broad enough to lend weight to the results. But the study was not designed to prove cause and effect, so it is possible that the PPIs are not necessarily to blame. It could just be that people who take PPIs often also smoke, are overweight or obese, and have many of the other risk factors for heart attack.

So do the PPIs push already teetering people over the edge into heart attack territory or are they just proverbially in the wrong place at the wrong time? Well, considering that the researchers found evidence that the PPIs affect heart tissue in the lab, there is probably a pretty good chance that they are not innocent bystanders. And either way, there are better ways to get rid of your heartburn issues than pharmaceutical drugs.

Instead of treating the symptoms, make changes that will eliminate the problem at its source. Start by improving your diet to eat more nutritious, lower calorie food and lose some excess weight. Quit smoking and cut back on alcohol use as well. Use digestive enzymes that can help support the digestive process. Taking better care of yourself will not only rid you of the need for PPIs, but also lower your risk of heart attack and a lot of other conditions too.