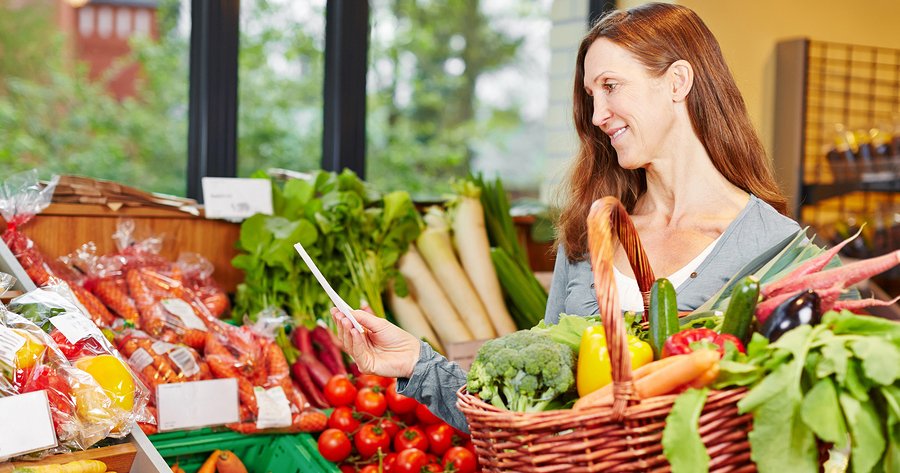 When you decide it is time to lose weight and get healthier, one of the most important things you need to do is change what you eat. Having more meals at home, where you are in control of the ingredients and preparation, is certainly an important element. So, needless to say, when you are doing your grocery shopping, you should be focused on choosing nutritious, low-calorie foods and skipping much of the junk. The only problem is, many of us are impulse buyers so that doesn’t always work. However, new research suggests that the simple trick of bringing a grocery list to the store may be the key to sticking with a healthier diet.

The study, which took place at the Rand Corporation in Pittsburgh, Pennsylvania, found that making a list of all of the foods you want to purchase and using that list at the supermarket so that you minimize impulse buying can help you eat more nutritiously and maintain a healthier body weight.1 “Grocery lists may help shoppers stick to healthier diet, lower weight.” Fox News. 8 May 2015. Accessed 10 May 2015. http://www.foxnews.com/health/2015/05/08/grocery-lists-may-help-shoppers-stick-to-healthier-diet-lower-weight The subjects in the study were more than 1,300 adults residing in two economically disadvantaged communities in the Pittsburgh area. The majority were African-American and either overweight or obese.

The participants were interviewed about their job status, income, and grocery shopping habits. This information was relevant because both poverty and a scarcity of supermarkets close to home are known to be two important contributing factors to obesity. And in this particular group of volunteers, approximately 80 percent said their household income was less than $20,000 per year and only one-third were employed. In addition, the neighborhoods in which they live are considered “food deserts,” terminology used to describe areas with scarce options for nutritious food.

Nearly 33 percent of the subjects reported always shopping with a grocery list, and 17 percent said they used a grocery list often. Another 26 percent were occasional grocery list users, and the remaining 24 percent admitted to never using a list when food shopping. Those who always shopped with a list were typically older, women, and less likely to be working, as well as making a conscious effort to restrict their caloric intake. The scientists controlled for each of these factors and determined that the participants who always used a grocery list had a notably higher quality diet than their peers who used lists less frequently.

All of the volunteers were also weighed and their height was measured in order to obtain an accurate body mass index (BMI) calculation. By considering those criteria, the researchers found that use of a shopping list correlated to a BMI approximately one point lower on average than the BMI of those who did not shop with a list.

The study did not prove that grocery lists cause improvements in people’s health, but it did show an association between the use of lists and better health. To be sure, a one-point shift in BMI only translates to an approximate loss of five pounds in the average individual at 5’5″–not a huge weight differential. However, if we choose to approach it from a glass-half-full perspective, every little bit helps. That one point might be enough to keep your weight in check at a BMI of 24, still considered in the normal weight range, versus moving up to 25, which is classified as overweight.

Getting healthier almost always comes down to the choices we make, big and small. Using a shopping list might not work for everyone, especially if you are an impulse shopper drawn to the junk food power aisles in most supermarkets. But this study shows that a shopping list might be one helpful tool to keep you on track and mostly sticking with the nutritious items you have written down. If it can get you safely past the big displays of potato chips, boxes of donuts, and sugary sodas on your way to the checkout, focusing on a grocery list will benefit you greatly over time.