I’m writing this newsletter on the anniversary of a controversial study published last year in the Journal of the American Medical Association (Vol. 293, No. 2: 172-182) that analyzed the risks associated with eating meat.

For red meat (beef, lamb, pork (and no, pork is not the “other white meat”), the researchers defined “high” consumption as 3 or more ounces per day for men — or about the amount of meat in a fast-food hamburger. (Keep in mind a “quarter pounder” is 4 ounces.) For women, the “high” amount was 2 or more ounces per day. For processed meat (bacon, sausage, hot dogs, ham, cold cuts, etc.) “high” consumption was 1 ounce eaten 5 or 6 days per week for men, and 2 or 3 days per week for women.

As a side note, eating poultry and fish did not raise the risk of colon cancer. In fact, people who ate more poultry and fish than red meat were less likely to develop the disease. (But don’t get too excited just because we’re not talking about bird flu and mercury poisoning in this particular issue of the newsletter.)

The study did not compare meat eaters with people who ate no meat because too few participants reported eating no meat.

There are several factors the study did not take into account, factors which most likely would significantly change the outcome. If one were to eat organic, grass fed meat, differences would include:

But keep in mind that even with organic, grass-fed beef, you still have several major negatives:

But all that said, I am not advocating that you eat meat. I go right back to the conclusion I presented in Lessons from the Miracle Doctors a number of years ago: eating small amounts of meat comes down to a personal/moral decision — provided:

Incidentally, excessive consumption of meat is not just associated with an increased risk of cancer. A 2004 Women’s Health Study concluded that women who ate the highest amounts of red meat were 28% more likely to develop diabetes. In terms of specific meats linked to diabetes, bacon and hot dogs were identified as two of the worst offenders. In other words, it’s the same game we saw in the colon cancer study.

Also, over the last week, eight different people sent me emails linked to a recent New York Times article on diabetes. (That should please the several editors from the Times who subscribe to the Baseline of Health® Newsletter.) The essence of the article was that 800,000 adult New Yorkers now have diabetes, with the numbers quickly climbing.

The article went on to say that diabetes has swept through families and entire neighborhoods in the Bronx and broad slices of Brooklyn, where it is such a fact of life that people describe it casually, almost comfortably, as “getting the sugar” or having “the sweet blood.”

But as alarmed as health officials are about the present, they worry more about what is to come.

A CDC study released in 2003 predicted that the incidence of diabetes was set to triple in the next few years. In fact that study predicted that one in three children born in the United States beginning in the late 90’s was expected to become diabetic in their lifetimes — one in two for blacks and Hispanics.

Within a generation or so, doctors fear, a huge wave of new cases could overwhelm the public health system and engulf growing numbers of the young, swamping hospitals with people coping with the disease’s handiwork, forcing schools to scramble for resources as they accommodate diabetic children, and filling the work force with the blind and the damaged.

Diabetes has no cure. It is progressive and often fatal, and while the patient lives, the barrage of medical complications it sets off can attack every major organ. Even those who do not get diabetes will feel its impact in time spent caring for relatives, in higher taxes and insurance premiums, and in public spending diverted to this single illness.

“Either we fall apart or we stop this,” said Dr. Thomas R. Frieden, commissioner of the New York City Department of Health and Mental Hygiene.

Which brings me to what I really wanted to talk about today: the Power Aisle.

Last week I stepped into a local supermarket mega store. It must have been quite awhile since I had last been inside that store since it had been totally remodeled. The biggest change was the addition of a Power Aisle running right down the middle of the store.

How did I know it was a Power Aisle?

Well first of all, because the store actually called it “Aisle 8, Power Aisle”. But even if I missed that clue, it was hard to miss the double wide aisle slashing unobstructed right down the heart of the store — running about half the length of a football field.

So why am I even mentioning this?

Well, you know how most aisles in large supermarkets carry a variety of items down the aisle — and in fact carry different signs depending on which end of the aisle you’re standing at? Not so the Power Aisle. Here, there are only two kinds of products running the aisle — one for each side in an awe inspiring display.

And what are these two kinds of products?

Well, on one side of the Power Aisle, running from one end of the store to the other, without a break, is nothing but soda pop, carbonated beverages, fizzy sugar water as far as the eye can see. And on the other side of the aisle running without break was every kind of chip, popcorn and snack food that you could ever imagine.

And as much of a factor as high meat consumption may be in the onset of diabetes, it’s not even in the same league as sugared sodas and high glycemic snack foods. Let’s get real. The Power Aisle could more properly be named “Diabetics Delight, aka Death Row.”

Am I criticizing the store for doing this? Not really. They only respond to what we buy. If the public stopped buying sodas and snack foods, there would be no Power Aisles offered that promoted these goods. The problem is that even though people know better, even though self-inflicted diabetes will ultimately kill more people than bird flu ever will, people are not yet inclined to change their lifestyles. They eat what they want to eat and damn the consequences.

As we move into the New Year, let’s hope that all of you reading this newsletter have avoided that trap — at least to some degree. 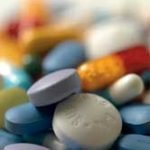