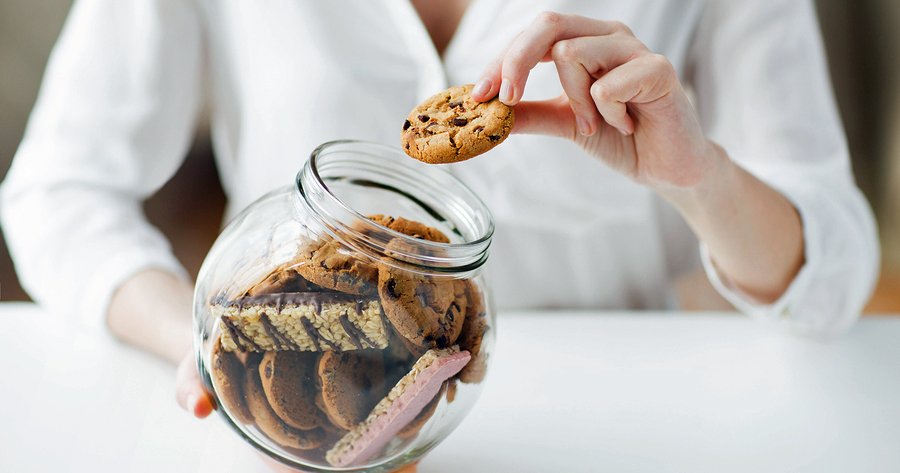 Many people are in a never-ending battle to keep their weight down. You try to plan lower calorie meals and keep portion sizes restricted, and yet the numbers on the scale seem to just keep sliding upward. So what are you doing wrong? One possible explanation is that the items left out on your kitchen counter are sabotaging your efforts to eat better. According to new research, the foods we keep in plain sight may be providing us with lots of extra calories on a regular basis.

The study, which was conducted at the Cornell University Food and Brand Lab in Ithaca, New York, found that it may be the foods we see many times a day on the kitchen counter and eat without even thinking that cause a weight gain over time.1 Wansink, Brian; Hanks, Andrew S.; and Kaipainen, Kirsikka. “Slim by Design: Kitchen Counter Correlates of Obesity.” Health Education & Behavior. 19 October 2015. Accessed 29 October 2015. http://heb.sagepub.com/content/early/2015/10/15/1090198115610571.full The subjects were 210 men and women living in Syracuse, New York who allowed the scientists into their homes to photograph their kitchens and measure their height and weight. The photos taken by the researchers were used to help determine whether there were connections between visible foods and the weight of the occupants.

It turned out that the food kept on kitchen counters was an extremely significant predictor of the participants’ weight. The people who had boxes of breakfast cereal on the counter were an average of 20 pounds heavier than their peers without cereal boxes in sight. Even worse, the volunteers with soda of any kind, diet or regular, on the counter outweighed those with no soda on the counter by 24 to 26 extra pounds.

On a more encouraging note, however, when nutritious food was stored in plain sight on the kitchen counter, it had a positive effect on the subjects’ weight. In those homes with fruit kept in bowls on the counter, the participants were an average of 13 pounds lighter than their counterparts who kept no fruit out.

The results would have been more compelling if the size of the population sample was larger. Yet despite this shortcoming, the findings provide evidence that it is not only what foods we choose to purchase and keep in our homes that influence our weight, but also that accessibility trumps health. Whether it’s between meals and you’re just passing through the kitchen, you’re getting hungry as you cook dinner, or the evening munchies are striking, most of us are more likely to choose what is right in front of our faces rather than rummaging through the cupboard or refrigerator.

And speaking of kitchen cupboards, another interesting finding from the investigation was that it may not be just what you leave out on the counter that affects your weight, but how you organize your junk food in the kitchen that matters too. The scientists discovered that the volunteers who kept a designated snack drawer were more likely to be a healthy weight than those who stored their snacks all over. Maybe it’s because they simply buy fewer snacks. After all, if the drawer looks well stocked before going to the supermarket, you probably don’t feel motivated to purchase more of those kinds of items, whereas if you keep them scattered about in several spots so that they don’t look that plentiful, you may be more inclined to impulse buy any junk food that’s on sale in the store.

At any rate, changing your kitchen up a little to group all of your high-calorie, low-nutrition treats together and then moving them out of sight seems to be a pretty easy way to help keep your weight in check. Obviously, it’s not going to suddenly have you dropping pant sizes, but you’d be surprised how much it can benefit you to cut out all the extra calories from mindless snacking.  Let’s say you typically grab as you go.  One eight-ounce glass of regular soda, three handfuls of sugary cereal, and two chocolate chip cookies means you’re adding approximately 400 calories to your total for the day.  If you do it regularly, that can lead to thousands of excess calories each week. Instead, keep that bowl of fruit on the counter and munch on an apple. You’ll save more than 300 calories and give your body a little extra nutrition to boot.