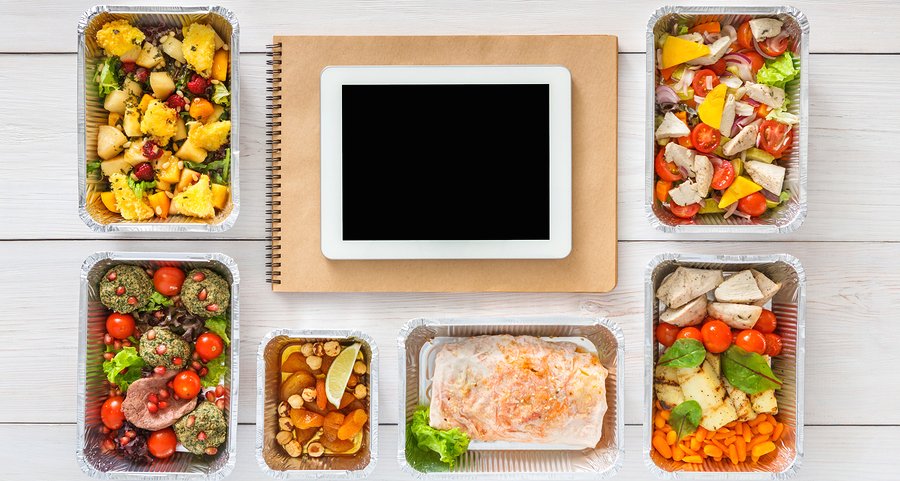 It’s always comforting to know you aren’t alone, and that’s why I’m gratified to know that I’m hardly the only American with an eating-out habit. In fact, according to the United States Healthful Food Council (USHFC), “the average American adult buys a meal or snack from a restaurant 5.8 times a week.”1 http://ushfc.org/about/#fancy-form-delay That sure exceeds my indulgence level. Americans spent more than $785 billion on restaurant tabs in 2015, and contrary to what you might expect, most of that restaurant expenditure did not involve Taco-Bell, McDonald’s, or other fast-food.2 http://www.statista.com/topics/1957/eating-out-behavior-in-the-us/ Rather, most of those eating-out dollars were spent at casual dining restaurants. In 2015, more than half of American adults reported eating at such restaurants once or twice a week, while a lesser 44 percent consumed fast food regularly, anywhere from once a week to daily. As of 2015, Americans spent more eating out than they did buying groceries for the first time in history.3 “Americans spend more on dining out than on groceries for the first time ever.” 15 April 2015. FoxNews. 23 March 2017. http://www.foxnews.com/food-drink/2015/04/15/americans-spend-more-on-dining-out-than-groceries-for-first-time-ever.html

Many factors can be blamed for the eating-out boom, from people working busy schedules with no time to plan and prepare meals to the fact that it’s entertaining to be fed in an environment other than home. And when eating out, there’s always the possibility of meeting someone interesting or experiencing some new culinary delight. The problem, of course, is that restaurant food not only breaks the budget, it also can break the body. As we’ve written before, studies show that the average restaurant meal contains at least 200 more calories than the home-cooked equivalent, and that applies whether it’s fast food or clinky-glass fine dining.4 Cha, Ariana Eungung. Why eating out at restaurants might be just as bad for your health as grabbing fast food.” 16 July 2015. The Telegraph. 23 March 2017.  http://www.independent.co.uk/life-style/food-and-drink/news/why-eating-out-at-restaurants-may-be-just-as-bad-for-your-health-as-grabbing-fast-food-10394392.html In fact, at a better restaurant, you’ll probably ingest more saturated fat, sugar, and sodium than at the fast-food chain down the street.

The obvious solution, of course, is to stay home and cook. But cooking involves planning, shopping, stove time, and clean-up, making the extra calories at the restaurant seem worth the health hit to at least some exhausted folks. What’s a person to do if their schedule is grueling, their family hungry, and the kitchen a hated place?

I hadn’t a clue, coming from backwoods Kauai (we have lots of palm trees), but my California niece who knows everything filled me in. In the past few years, a crop of new meal delivery services have hit the scene, offering consumers a way to eat healthy without quite as much sweat as normal meal preparation would involve. Most of these services deliver fresh ingredients in just the right quantities to make meal preparation a snap.

Here’s how it works: Consumers get sent a list of a six or so menu choices each week, pick their favorites, place their orders, and then a few days later get a package delivered to their door with recipe cards for gourmet concoctions and the pre-measured components for however many meals were ordered, all ready to go. Nothing else is needed, except maybe cooking oil and salt and pepper.  Sure, it involves a wee bit of chopping and heating, but it’s nothing compared to creating a meal from scratch. Plus, most of the services offer steep discounts the first week to make it risk-free to try.

Using an ingredient-delivery service not only saves shopping and preparation time, but the menus are a lot more creative than slugs like me might come up with on their own, and the results delicious. And keep in mind, when it comes to unusual ingredients that are only appropriate for one meal, you don’t have to throw anything out after the meal as you only get what you need for that particular meal you ordered. Within 30 minutes of unwrapping my first delivered package, I was enjoying North African black lentil pitas with tangy carrot-cranberry salad. Another day, Masala shrimp with turmeric-roasted cauliflower. And then, braised chicken and artichokes—all organic, and all ready to pop in the pan after just a few minutes of chopping and sautéing. Some of the vegetables were even pre-chopped, the spices were pre-measured and enclosed in cute, biodegradable wraps, the recipe cards clear and easy to follow.

There are dozens of services out there at this point, and each has its own twist on the theme. They all claim to be healthy, but it pays to look a little deeper. If you want to give it a try, here’s a rundown on a few of the choices:

Home Chef is one of the cheapest at $10 per meal, and it offers great flexibility, allowing you to order as many or as few meals as you need. You also can specify your delivery day, pause delivery, choose gluten-free, set your own spice level, and cancel at any time. Prep is super easy too, and there are 11 entrees to choose from. The problem is the company doesn’t use organic ingredients and the recipes aren’t necessarily as healthy as you might hope. For instance, this week’s entrees include Crispy Onion Fried Chicken which is relatively low calorie but contains 1467 milligrams of sodium.  In fact, nearly all the recipes have well over 1000 mg of sodium, although all seem to be relatively low-calorie . The bottom line is you’ll probably get a more healthful meal via Home Chef—not counting the sodium– than you will at a restaurant in town, but you might want to review competitive services before ordering.

Blue Apron is similarly priced, although subscribers can only order three or four meals a week for up to four people. Whereas Home Chef charges $5 per order for delivery, Blue Apron delivers for free. This service also uses conventional rather than organic produce, but their website says they only use hormone- and antibiotic-free meats, sustainable seafood, and products from farms that use regenerative practices and minimal pesticides. They also offer a vegetarian option. Among this week’s six menu choices: Creamy red rice and cauliflower casserole with spinach and rosemary, at 710 calories, and Seared chicken and French lentils with arugula and feta salad at 660 calories.

Sun Basket uses organic, non-GMO produce and humanely raised, antibiotic- and hormone-free meat. As with Blue Apron, subscribers must order three or four menus a week, but can pause or cancel whenever. There are paleo, gluten-free, and vegetarian options each week, all produce is seasonal, and their packaging is 100-percent recyclable. It’s a little pricier at $11.49 per meal plus a $7 delivery fee. Among the 11 menu offerings a few weeks from now: Rigatoni with parsley-pecan pesto and white beans at 790 calories, or sole piccata with red pepper vinaigrette and baby broccoli at 540 calories.

Green Chef is another GMO-free, organic ingredient delivery option that brings you three dinners a week. Here, the price you pay depends on the meal-plan you choose, with the vegetarian plan at $10.49 a meal and paleo $14.99. Like most of the other services, there’s also a family-plan option for four people, at lower rates (family plan paleo is $12.99 per meal). This week’s options include lemon gremolata chicken; or fish tacos with mango salsa, slaw, and cauliflower rice and beans.

Purple Carrot is a strictly vegetarian service at about the same price as Sun Basket.  Ingredients do not seem to be organic nor sustainably farmed. Also, subscribers can’t choose meals from an assortment of options. Rather, they receive whatever three meals the service has on offer each week, which might be a problem for those with food allergies. This week’s offerings include white bean ball sub with arrabiata sauce and romaine salad at 780 calories, and herbed barley bowl with mushrooms and pickled peppers.

Fresh n’ Lean is perfect for those who utterly detest even lighting a stove or wielding a kitchen knife at all. This service delivers three frozen organic meals a day already prepared, in oven- or microwave-safe containers. All you have to do is heat the food up, like a TV dinner.  Cost starts at $27.99 for three meals a day for the basic vegetarian package, and ranges up to $40 a day for the Performance Paleo option. You can also opt for the a la carte version, with entrees ranging from $11.99 to $13.99 each and a $75 minimum order. Pricey though it is, it’s still cheaper than eating out, although the meals portrayed on the website don’t look terribly appetizing. Maybe they just need a better photographer.

Look, all of these services are more costly than home cooking, but less pricey than eating out. And the more people you’re feeding, the pricier they get. A family of four on the Fresh n’ Lean paleo program could be spending upwards of $160 a day!! The other problem, of course, is that much of our dining out is because we’re simply not home for many meals—especially lunch. But they do work in the following situations:

Given any of these circumstances, you just might want to consider one of these services.

There are plenty of other nationwide food delivery services, plus, many locales have specialized services catering to just a few nearby zip codes. If you decide to give one of these services try, make sure you watch for discrepancies between claims that the meals are healthy and actual nutritional facts. It seems most of the services use local produce, but not necessarily organic. Round-up sprayed on beans grown down the street from you won’t have any less effect on your than Round-up residue from a mega-farm in another state. Go organic if you can.